A few months ago, a man named Emile Ratelband marched into a court in the Netherlands and demanded the right to change his date of birth. Though aged 69, he wanted to be 49 – at least on paper.

Why erase two decades of his life? One reason, he told the judge, was to boost his chances of landing a job.

Though the world media poked fun at him, Mr. Ratelband had a point. After all, in a culture in thrall to youth, being older can mean being written off everywhere from the boardroom to the bedroom. These days, the word “old” is so toxic that Dame Judi Dench has banned its use in her home and “age” is the first answer to come up when you type “I lie about my …” into Google Search.

Ageism is especially rife in the workplace. Older employees are often passed over for promotion, discarded first in hard times or fobbed off with unfulfilling work. Job interviews are harder to come by after you hit middle age. Mark Zuckerberg once said “young people are just smarter.”

But is that true? Are older workers a burden? Is the aging population a one-way ticket to plummeting productivity, dwindling innovation and the end of entrepreneurship?

The answer to all three questions is a resounding “no.”

During the industrial era, putting older workers out to pasture made sense because factory jobs are harder to perform with an older body. But the world has changed.

For a start, we are staying healthy longer: Today, gerontologists report that the average 65-year-old Canadian is in better shape than ever before. At the same time, brawn counts for less and less in the modern workplace. What matters now is brainpower, which in many ways increases as we grow older.

Aging boosts our ability to see the big picture and weigh multiple points of view. When tackling problems in a familiar field, we get better at spotting the patterns and details that open the door to finding a solution. Companies with suggestion boxes report that older staff generate more good ideas, with the best ones often coming from the over-55s. After sifting through piles of studies, researchers at Harvard University concluded that four key skills – arithmetic, vocabulary, general knowledge and a grasp of how the world works – only ripen fully around the age of 50.

Nor is creativity the preserve of the young. History is studded with artists, from Michelangelo and Matisse to Beethoven and Bach, doing triumphantly creative work in later life. Momofuku Ando invented the instant noodle in his late 40s, Benjamin Franklin was 74 when he invented bifocals and Thomas Edison filed patents until his death at the age of 84. Today, John Goodenough is reinventing rechargeable batteries in his 90s. Maya Angelou was right: “You can’t use up creativity. The more you use, the more you have.”

It helps that the world is changing in ways that favour those with more miles on the clock. Many disciplines have matured to the point where future breakthroughs will be made by mastering multiple domains and building upon work done by others. That means relying on two things only aging can confer: time and experience. No wonder Nobel science laureates are having their Eureka moments later and later.

Aging can also make us more socially adroit. We often get better at reading people, co-operating and negotiating, at putting ourselves in others’ shoes, finding compromises and resolving conflicts. That’s why productivity rises with age in jobs that rely on social smarts.

Bottom line: the phrase “finished at 40” is nothing more than weapons-grade nonsense. Or, as Peter Cappelli, professor of management at the Wharton School, puts it: “Every aspect of job performance gets better as we age.”

This even holds true on Planet Entrepreneur. While young guns strut and preen on The Apprentice, their parents – and grandparents – are out there smashing it in the startup world. A study of all 2.7 million new businesses formed in the United States between 2007 and 2014 reached a conclusion to gladden the heart of anybody on the wrong side of 40: “We find no evidence to suggest that founders in their 20s are especially likely to succeed. Rather, all evidence points to founders being especially successful when starting businesses in middle age or beyond.”

Let’s not get carried away. Aging does take a toll. Older brains are often slower to retrieve certain memories, absorb information and solve math-based problems.

Yet even that is no bar to thriving in the modern workplace. Why? Because most jobs involve multiple forms of cognition, meaning the older brain can use its strengths – such as greater accuracy – to make up for any speed deficit.

One example: In a survey of typists aged 19 to 72, researchers found the older ones typed more slowly yet still finished assignments as swiftly as their younger peers. How? By looking further ahead in the text to make fewer mistakes. As the old military adage goes: Slow is smooth and smooth is fast.

The truth is that the biggest challenge in the workplace is not aging, but ageism.

How can we meet that challenge? Honesty is a good starting point. Lying about your age gives the number a power it does not deserve – and reinforces the canard that younger is always better.

Instead, own your age – and then go out there and show the world what you can do.

Which is more or less the advice the Dutch court gave Mr. Ratelband when rejecting his plea for a new birthdate.

Ageism is becoming a major issue for corporations
May 2, 2018 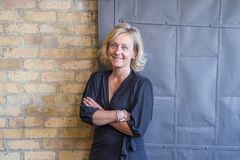 Fighting ageism to unlock seniors’ potential in your business
June 13, 2017
Getting past ageism and back to work after a late job loss
December 30, 2015 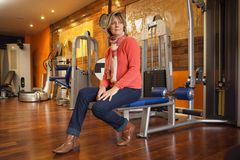