The Bank of Canada just declared a full halt to its upward march of interest rates. It’s not quite ready to bring rate cuts into the conversation – yet. But it doesn’t look like it would take much more economic weakness to nudge it there.

In the statement accompanying the central bank’s decision on Wednesday to hold its key interest rate steady at 1.75 per cent, the bank took a major step back from its long-standing position that it was committed to further rate increases. No longer is the bank saying that “will need to rise into a neutral range” – a phrase that has been part of the bank’s rate-decision statements, with minor modifications, since last October. (The bank has more broadly been signalling that higher rates are warranted since since last May.) In its place, the bank now says that “the outlook continues to warrant a policy interest rate that is below its neutral range.”

It doesn’t take an expert on monetary policy – or English grammar – to spot the difference there. It’s not a full-out reversal, but it’s darned close.

The one qualifier to that is that just two sentences later, the bank pulled its punch – by talking about “the timing of future rate increases.” This now serves as the thin line by which it is keeping its rate-hiking aspirations on life support. But even there, the central bank has stressed the “increased uncertainty” surrounding such future move. This looks like the bank is setting itself up to close the door on its hiking commitment – and perhaps open a window, at least a crack, for a rate cut.

The bank started this process in its January rate setting, toning down its assertion that rates needed to rise to neutral by adding the words “over time” – a signal that the pace of hikes would be slower than previously expected. At that point, it was still talking about a temporary setback stemming from the slump in the Canadian oil market, which it predicted would be largely limited to the 2018 fourth quarter and the 2019 first quarter, before an otherwise quite healthy Canadian economy resumed its solid growth.

But in Wednesday’s statement, the central bank acknowledged that it had underestimated both the depth and the breadth of the slowdown. Fourth-quarter growth, reported last week, was well below the bank’s estimates, barely registering in positive territory. The weakness wasn’t just in oil, but in exports, business investment, consumer spending and housing. The bank said the slowdown in the global economy has also been “more pronounced and widespread” than it had anticipated. This no longer looks like a problem that a domestic oil rebound will cure.

That might have been a sufficient escalation of worry to drop the pretense of further hikes entirely, and start inching a cut into the picture. But less than two weeks ago, Bank of Canada Governor Stephen Poloz gave a speech in which he reaffirmed his belief that rates needed to continue higher, albeit at a more uncertain pace. Moving from there to “watch out for falling rates” in 13 days would have put considerable strain on unprepared financial markets, not to mention Mr. Poloz’s credibility.

Nevertheless, with the bank now openly stating that the economy needs the stimulus of below-neutral interest rates, it has invited the question of whether the current below-neutral levels are stimulative enough to buffer these deteriorating conditions. The Bank of Canada itself won’t have an informed answer to that until it has a couple of key pieces of information in its hands.

One will come at the Bank of Canada’s next rate decision and quarterly Monetary Policy Report in late April, when it updates its estimated range for the neutral rate of interest – the level at which interest rates neither stimulate nor dampen economic growth. Some experts have speculated that the neutral rate is somewhat lower than the Bank of Canada’s current estimate of 2.5 to 3.5 per cent. That would imply that the central bank’s current interest rate of 1.75 per cent may already be very close to this “new” neutral – which would strengthen arguments that for rates to be meaningfully stimulative, they may have to move lower.

Then there’s the question of whether the economy’s slowdown is, indeed, more than the two-quarter phenomenon that the Bank of Canada had anticipated. The bank won’t have first-quarter GDP numbers in hand until the end of May; it will take until late June or early July before the bank has seen a decent body of data on how the second quarter is progressing.

Nevertheless, the past couple of months have shown just how quickly the economic outlook can change. The Bank of Canada will need to continue to adjust its message; it may need a clear path to strike quickly with a rate cut, if and when it gets the scent of further deterioration. 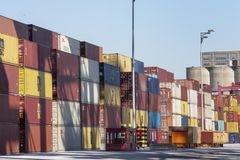 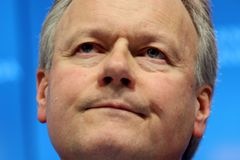