Sarah Kaplan is author of The 360º Corporation: From Stakeholder Trade-offs to Transformation, and a professor and director of the Institute for Gender and the Economy at the Rotman School of Management.

Recently, the Business Roundtable – a lobbying group made up of the chief executives of more than 200 large U.S. corporations – announced that it was repudiating shareholder primacy in favour of the commitment to “deliver value” to all stakeholders. This is a notable about-face for an organization that since 1997 held the point of view (championed by Milton Friedman and a slew of economists and finance experts since then) that the “paramount duty of management and of boards of directors is to the corporation’s stockholders.”

While the announcement has elicited much hand-wringing from some investors, it has been welcomed by many who recognize the role that corporations can and should play in addressing some of the most pressing issues of the day: climate change, gender equality, job dislocation due to technological change, pollution, etc.

What it hasn’t elicited is much discussion in Canada about the role of our leading companies in society. In the 1990s, Canadian business took an explicit stand in favour of the shareholder. The 1994 TSX report titled “Where were the directors? Guidelines for improved corporate governance in Canada,” stated that “the principal objective of the direction and management of a business is to enhance shareholder value [in which] directors have only one constituency and that is the corporation and its shareholders generally.” This guidance has been revised little in subsequent years.

When we look at companies that have filed sustainability or social responsibility reports in addition to their annual reports to shareholders, we also see a gap. In the United States, 86 per cent of S&P 500 companies produced such reports in 2018, while in Canada, only about half of S&P/TSX companies did. Of course, this could possibly be explained by the fact that 35 per cent of the TSX is comprised of energy and materials companies, which might be seen to be less progressive on environmental and social issues. But, in the S&P 500, 90 per cent of energy companies and 100 per cent of materials companies have filed such reports. For similar companies in Canada, it is about half.

Corporate Canada is leaving opportunities on the table. What the companies in the United States are discovering is that shareholders and the wide variety of their stakeholders are tightly intertwined. Large institutional investors such as BlackRock, sovereign wealth funds and major pension funds increasingly ask companies to produce social as well as economic returns. When companies such as Dick’s Sporting Goods ban the sale of weapons in their stores, they are not just fighting gun violence, they are reassuring their workers that they can be safe on the job. When Unilever pushes each of its product lines to connect to a social purpose, it is also attracting consumers who don’t want their purchases to contribute to environmental or social harms.

Further, we may be entering a new era in which companies stop seeing corporate social responsibility as an “add on” to the daily business, with sponsoring high-profile charity events the coin of the realm. Instead, companies are increasingly seeing the tensions created by conflicting stakeholder interests as an opportunity for innovation and transformation. When Nike wanted to improve work conditions in its supply chain, it didn’t just enforce compliance to standards, it redesigned its product-planning system to reduce time pressures and overtime and redesigned its products to reduce the use of toxic glues. When Walmart wanted to reduce the environmental impact of its distribution system, it worked with a truck manufacturer to redesign big rigs and with product manufacturers to reduce unnecessary bulk and weight in packaging. When Mountain Equipment Co-Op (MEC) wanted to cut back on plastic, it eliminated single-use shopping bags and developed “sushi-roll” wrapping techniques.

Social responsibility reports are not just window dressing (or at least they do not have to be). Done well, they are the starting point for an analysis of the possibilities for business transformation that come from valuing all stakeholders. Canadian companies of all sizes can choose to lead rather than lag, and doing so will be good for everyone.

The Business Roundtable is the second major group to endorse the Trans-Pacific trade pact this week
January 5, 2016 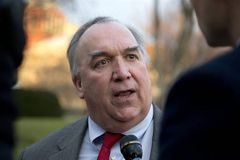 Business Roundtable: Trade would increase hiring of US workers
March 3, 2015
Follow us on Twitter @globebusiness Opens in a new window
Report an error
Due to technical reasons, we have temporarily removed commenting from our articles. We hope to have this fixed soon. Thank you for your patience. If you are looking to give feedback on our new site, please send it along to feedback@globeandmail.com. If you want to write a letter to the editor, please forward to letters@globeandmail.com.
Comments