As the federal government rolls out piecemeal policies to encourage climate-friendly retrofits to Canada’s buildings, a new report paints Ottawa’s approach as woefully inadequate – and makes a credible case for a complete rethink of how the country modernizes homes and commercial spaces.

The report, to be released on Wednesday by the think tank Efficiency Canada, might get the most attention for some eye-popping dollar figures. It estimates that renovating residential and commercial spaces to meet the national net-zero emissions target would cost between $580-billion and $972-billion in the decades ahead, with a mix of public and private investment.

But the report’s more compelling take-away is its argument that rather than just subsidizing already available renovation options, the government should attempt to reshape the market itself by using new organizational structures and planning methods to encourage innovation, build economies of scale and make the entire retrofit experience simpler for property owners.

“We will not achieve the required greenhouse gas (GHG) and energy efficiency performance from our existing building stock by working within current market structures,” the report states. It calls instead for a “mission-oriented policy approach.”

The scale of ambition proposed by the report’s authors – Efficiency Canada policy director Brendan Haley, and veteran energy consultant Ralph Torrie – is such that it could quickly scare off a government that has to date preferred easily implementable and politically popular incentives, such as new grants of up to $5,000 toward energy-efficiency investments such as heat pumps and window replacements.

But policy makers should heed the report’s underlying premise that continuing in the current manner will bring only modest emissions reductions at inefficient costs. And they should be enticed by its suggestion of potential economic opportunity through developing energy-efficiency solutions that could be shared with other countries (especially those that also need to heat buildings through cold winters) in a decarbonizing world.

By the authors’ math, Canada is currently moving at a pace where retrofitting all of its existing low-rise residential buildings – getting them off fossil fuels, and making their electricity usage as efficient as possible – would take approximately 142 years. Retrofitting all commercial space would take about half that time, which would still be nowhere near the 2050 target for the country’s carbon footprint to reach net zero.

Accelerating that progress would involve shifting away from what the authors call the “one-at-a-time, bespoke nature of historical retrofit practice.” Instead, they suggest, groups of buildings should be pooled together to create economies of scale based on factors such as geography and building type. The aim would be to thoroughly, rather than incrementally, retrofit each pool. (The Canada Infrastructure Bank has begun something along those lines with commercial buildings, though not at the scale the report suggests.)

Central to this effort would be a system borrowing from the Dutch retrofit model Energiesprong, in which “market development teams” would operate on the ground across the country. They would bring together property owners with similar building types, then work with all sides of the retrofit equation – contractors, suppliers, customers, public officials – to launch projects aimed at producing best practices that could be replicated elsewhere. Per the report, these groups would be run by independent actors such as civic organizations.

Overseeing them would be a new federal agency that would aggregate the data, learn from similar efforts elsewhere, and most importantly ensure the scale-up of whatever worked best.

The report is somewhat agnostic on what those specific levers could be. But it cites potential benefits such as technological advances to meet mass retrofit needs, manufacturing efficiencies, and greater specialization within the labour force.

“Perhaps the most important area for innovation,” it notes, “is in making the retrofit experience simple, affordable, and desirable for building users,” as opposed to the confusing and financially risky undertaking it can be today.

That would likely include greater usage of energy performance contracts to fund retrofits. These arrangements allow financing to be provided on the basis of (normally private-sector) lenders being repaid from savings on energy bills. Building owners don’t face high upfront costs, and the loans would be structured so that owners don’t take the hit if promised savings fail to materialize. (While this model has been sporadically used in Canada already, mostly for large commercial projects, it could be expanded even to small residential ones.)

Even if that sort of measure were on the table, risk would remain an obvious potential obstacle. The report acknowledges that market development teams would have to accept “useful failures” as they experimented with different methods. Left unstated is that this could lead to understandable reluctance from building owners to be guinea pigs.

The much bigger barrier – the one that threatens to stop this sort of discussion in its tracks – is the total price tag.

In an interview, Mr. Haley stressed that it’s not possible to pinpoint necessary expenditures, because pricing will change as the retrofit industry evolves. Nevertheless the report presents two scenarios, depending on urgency: between $39-billion and $62-billion annually over the next 15 years, or between $20-billion and $32-billion in each of the next 30 years.

Much of that would be private capital, and Efficiency Canada does not break down what governments’ share would be. But a forthcoming retrofitting report from the Pembina Institute, to which Mr. Haley and Mr. Torrie also contributed, will suggest between $10-billion and $15-billion in annual public spending over the next two decades to achieve similar goals. That would be vastly more than has yet been committed.

Even if Ottawa won’t yet pledge that kind of money, there is nothing stopping it from setting in motion the processes that will help make the most of every dollar.

As the report says, the way Canada has approached retrofits to date – with incentives spread thinly and widely, coming and going depending on the political mood of the moment – does little to develop the sort of market in which results improve while costs decline.

The more every project is treated as an opportunity to scale up, the easier this will get as 2050 draws closer. 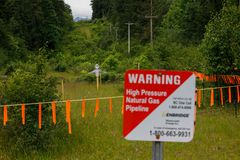 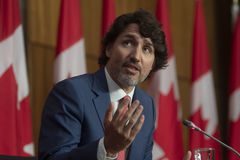