Federal Finance Minister Bill Morneau is scheduled to present his fourth economic and fiscal update on Nov. 21. Barring some unforeseen event, it will likely be the Liberal government’s last update before the fall 2019 election. Expect lots of “sprinkles” at taxpayers’ expense in the months ahead. But notwithstanding political pressure related to a coming election, we wish to make the case to use the opportunity to clarify and strengthen federal fiscal policy.

The case for a fiscal policy reset by the federal government is threefold. First, the economic context has fundamentally shifted since the government set out its fiscal strategy during the 2015 election. Second, interest rates are moving higher, and it’s important that both monetary and fiscal policy work together to promote growth and stability. And, third, current federal fiscal policy is largely without a rudder and an anchor. Clear fiscal objectives that promote sound public policy are essential for planning and accountability.

In the era of “alternative facts,” it is especially useful to examine some real ones. The economy is doing well. The government can take some credit. Year-over-year economic growth is well more than 2 per cent and the unemployment rate is less than 6 per cent. This is not the same environment it was back in the 2015 campaign when the Liberal party committed to modest budgetary deficits to strengthen an economy that had flat-lined. Times have changed, but the government’s fiscal strategy has not, and we continue to pile on debt as a consequence.

With the economy operating at a healthy trend, the Bank of Canada is prudently moving its policy interest rate upward. Mortgage and prime business lending rates are responding in kind. Given the current outlook, many expect the central bank’s policy rate to climb as much as another full percentage point over the next year. Monetary policy will be less accommodating to help keep a lid on inflationary pressures and asset price imbalances. Metaphorically speaking, if the Governor of the Bank of Canada is doing his best to remove the punch bowl from the party, it does not help if our Finance Minister chooses to keep the bar open. As such, now is the time to rein in budgetary deficits.

Current federal fiscal policy does not have a binding budgetary constraint. Policy appears to be largely dictated by a commitment to reduce the debt-to-GDP ratio. In a healthy economy, where nominal GDP is growing upward of 4 per cent annually, this allows the government to add considerable sums to the national debt – about $20-billion a year. But even a comparatively mild recession could blow the federal fiscal ship off course in a hurry. And in good times, with the rate hikes, just the interest on the public debt is now projected to far outpace other expense components, such as the Canada Child Benefit or spending on public infrastructure.

We are not saying that the federal government fiscal policy has been irresponsible to date. A case is easily made that federally budgetary deficits are modest, given the current carry cost of debt is low, as is government debt, relative to other countries. We are saying it is time for a fiscal policy reset, not business as usual.

The time has come for the federal government to set out a medium-term path to budgetary balance or modest surpluses as was the case from the mid-1990s to 2006-07. Bring fiscal policy in line with monetary policy and a strong economy with a set of annual targets for spending and deficit reduction. Enhance transparency on direct program spending. Provide long-term fiscal sustainability analysis with clear assumptions for plans that demand multi-year commitments such as national defence and public infrastructure. This will ensure Canadians are better positioned to debate the merits of corporate tax reductions or a national pharmacare program than they are today.

Federal finances in surplus so far this year, in spite of deficit forecast
October 26, 2018 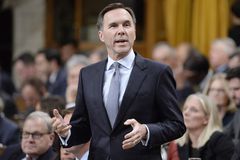 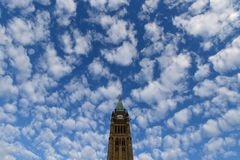