Peter Nowak is a Toronto-based tech writer and author.

With the national telecommunications regulator finally cracking down on spam robocalls, Canadian phone users can be forgiven for wondering what has taken so long.

The question is justified, given the deluge of calls that has been building for years from supposed tax collectors, fake Chinese embassy authorities and other miscreants. It’s enough to put anyone off ever answering the phone again.

Last week, the Canadian Radio-television and Telecommunications Commission ordered the country’s wireless providers to implement new technology that will help fight such calls. The problem for users is that carriers have until September, 2020, to do so. Until then, the tsunami – and the frustration – is likely to continue.

Spam calls are a global problem. Overall volume increased 18 per cent globally in 2019, to 26 billion between January and October, according to a report by Truecaller, a Stockholm-based caller ID app developer.

Canadians receive an average of 12.2 spam calls a month, or 11th most in the world, Truecaller said. Users can at least take some comfort in the fact that they don’t live in Brazil, which leads with an average of 45.6 monthly calls. Americans also fare worse, ranking eighth with an average 18.2 per month.

The onslaught is the unfortunate byproduct of technology that makes it easy to place such calls, a lack of competitiveness among carriers and an unwillingness by regulators – so far – to force solutions. The combination has created a fertile environment for scammers that will now take a concerted effort by all stakeholders to stamp out.

Spammers are taking advantage of Voice over Internet Protocol (VOIP) technology that allows for numbers to be spoofed and appear legitimate. Aside from the annoyance, a growing number of Canadians are being defrauded in this manner. The Canadian Anti-Fraud Centre reports that 4,695 people have lost more than $16.7-million to phone scams since 2014.

One near-term measure that may help is universal call blocking, which the CRTC told phone service providers last year to put in place by this Dec. 19.

The system will block malformed numbers, such as the likes of 000-000-0000 and those with more than 15 digits. It’s unlikely to help with numbers that appear legitimate, however.

The additional measure due by September is STIR/SHAKEN, or Secure Telephone Identity Revisited/Signature-based Handling of Asserted Information Using ToKENs.

The technology will put a digital fingerprint on every legitimate wireless phone number. Carriers will then approve calls from such numbers and patch them through in near-instant time, while those without fingerprints will be flagged as likely spam.

It’s a worthwhile effort that should provide users with some respite, but the robocall battle is an unending arms race and spammers will inevitably try to circumvent each new countermeasure.

In the United States, the Federal Communications Commission had asked wireless carriers to adopt STIR/SHAKEN by the end of this year. But voluntary progress has been slow, prompting even FCC chairman Ajit Pai – considered a friend to industry – to recently levy the threat of forced regulation.

Carriers in both the U.S. and Canada tout their respective markets as competitive, but significant anti-spam technologies such as STIR/SHAKEN would already be in place if they truly were. Service providers would rush to advertise them as advantages over competitors, but instead they’re allowing consumer and regulatory anger to build.

In Canada, some carriers are taking some steps, to their credit. Bell Canada says it is testing technology it has developed, while Telus offers home phone customers a Call Control feature that effectively whitelists – labels as trustworthy – accepted numbers.

But clearly, not enough is being done. All Canadian wireless carriers should implement STIR/SHAKEN voluntarily, as soon as possible, rather than wait for the CRTC’s September deadline.

Part of the solution, if not potentially most of it, may in fact be delivered by the truly competitive component of the phone market – the handset makers themselves. The inaction is quickly becoming an opportunity for Google, Apple, Samsung and others.

Google has emerged as an anti-spam leader with the Call Screen function on its Pixel phones. The feature identifies calls from unknown numbers and then allows users to intercept them with an artificially intelligent assistant – it’s like fighting robocalls with robocalls.

The company last week announced an upgrade that will see Call Screen automatically block suspected spam calls without involving the user at all. It’s a major differentiating feature that Google’s competitors are surely working to match, if not surpass.

Will it be the large technology companies rather than regulators and carriers who answer the call to defeat phone spam? They very well may be. Whether that’s a desirable outcome or not at a time when distrust of Big Tech is growing is another question worth pondering.

Every time I picked up the phone it was a scammer
December 12, 2019 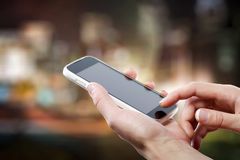 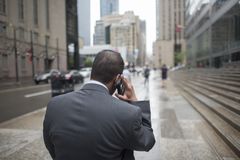 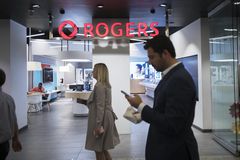