The public markets have traditionally been the venue for high-growth companies to raise capital, and for Canadians to find suitable investments to help grow their wealth and save for retirement. Many wonder if this remains true today. Last year, North American companies received twice as much investment from private sources as from public-equity and debt markets. And these private investors were rewarded. Studies show the private markets have significantly outperformed the S&P in recent decades, with 3 per cent to 4 per cent greater average returns.

Private financing deals are where today’s most exciting capital raises are happening. And refreshingly, private companies are not moved by bull or bear markets. Rather, they are like trees growing in the forest. However, under the guise of investor protection, Canada’s fragmented securities regulatory environment has erected barriers to private capital and fostered the perception that everyday investors cannot participate.

Private capital is perceived as high-risk, given the uncertainty of survival for early-stage companies, longer-term horizons, and the lack of immediate liquidity to buy and sell. Investor-protection barriers have isolated private capital in the hands of a small group, leaving only the public markets open to retail investors. Regulation-promoting short-termism places the overall market in an unfortunate conundrum.

Some provinces have been trying to tackle this issue, and are moving in the right direction. In 2016, Ontario followed other provinces and adopted the offering memorandum (OM) rule, which allows companies to raise private capital from any investor using a detailed disclosure document. But this method has significant associated costs, and different provinces have different limits for single investors. The cost of capital goes way up, deterring early-stage-growth companies.

Several provinces then introduced equity crowdfunding rules – designed to help startups – that allow $250,000 capital raises. Any investor can contribute $1,500 to $5,000. Again, in true Canadian form, each province is different.

With 2020 approaching, it’s time we get this right. I see three catalysts of change on the horizon that will help shed light on our forest: regulatory harmonization; digitization disruption; and a categoric shift toward long-term investing.

Regulatory harmonization remains a lofty goal, but progress is being made. As part of efforts to tackle the regulatory burden and deliver on the provincial government’s commitment to cut red tape, the Ontario Securities Commission is warming to crowdfunding rules for startups that seven other provinces already have. In 2018, a measly $2-million was raised in Canada using equity crowdfunding rules. With harmonization rolling out in 2020, we are hopeful we can leapfrog past incremental growth and catch up to our peers in capital markets, where startups and growth-stage companies can access capital easily from the larger community with concise, nationwide rules. In Britain, 40 per cent of early-stage financing uses equity crowdfunding platforms. British companies raised about $474-million through equity crowdfunding in 2018. In the United States, US$194-million was raised. Canada has a long way to go.

As investor interest in private markets grows and we strive to reach even 10 per cent of these figures, we have to make sure participation is easy. No matter the avenue to raise capital, private placements have been transacted with archaic technology. Most investment advisers in Canada do not offer private placements because of incredibly burdensome compliance and inefficient transaction processes. Onerous and inefficient. Sounds like every traditional market yet to be uberized.

Private placement transactions are being disrupted. We have designed two fintech platforms, FrontFundr and DealSquare, to democratize and simplify access to the private markets for retail investors and investment advisors respectively. We are doing this with the conviction that Canadian investors will benefit from the tremendous expansion of private capital around the world only if we digitize the process. The Toronto Stock Exchange has been fully electronic since 1997. Why has it taken this long for the private markets?

The perception of liquidity is the final barrier. An impediment to a short-term investor dealing in private investments is the almost complete lack of a secondary market. Should we really worry about this? Investments in private companies should be viewed as long-term commitments.

A Blackrock Investment Institute study published earlier this year concluded that investor cash flow doesn’t appear to be a significant impediment for the allocation of investments to private markets. Most investors do not need liquidity in their long-term portfolio. I would propose the ceiling for investment allocation may be higher than often assumed, particularly if private-markets investments include income-earning assets.

In these times of economic and social tumult, I will remind readers that private markets are not moved by bulls or bears, but by long-term returns that have consistently outperformed the more established public markets over the long term. A collection of trees has been slowly growing. The time is now to cultivate the forest. 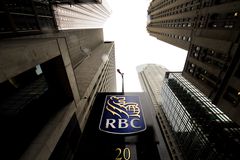 Opinion
RBC’s new head of capital markets has his work cut out for him Subscriber content
November 1, 2019 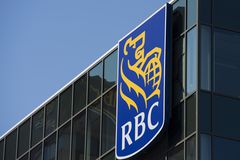