Would you rather be young and poor or old and rich? Truth is, as difficult as it is to change your fortune, it is simply impossible to change your age, and that is true whether you are an individual or a country. Canada, according to the World Economic Forum, is a rich-old country, and being in that category means we will have unique policy challenges as we get older, although perhaps not richer.

The World Economic Forum asserts that all countries fit into one of four categories, the others being rich-young, poor-young and poor-old. The rich part is important because in some ways it leads to the old part. That is, as countries industrialize and grow, both incomes and the cost of living increase. Families have fewer children, but people tend to live longer as a consequence of the prosperity.

In truth, with the exception of a few oil-rich regions in the Middle East, few countries are rich and young. Most of Africa is poor and young, while most of South America, Russia and a swath of Eastern Europe is poor and old. The developed world, including most of Western Europe and the United States, tends to be rich and old like Canada. The poster child for the rich-old category, though, is Japan, which has been aging more quickly than anyone else and perhaps offers some lessons for other countries in terms of how to do it gracefully.

Compared to Canada, which has a median age of 42, and the U.S. at 38, Japan has a median age of 47. A third of its population is over 65, a reality that is putting pressure on the country’s health and social services sector. And with so many people well beyond their peak consumer years, Japan has for decades been dealing with a population that has a penchant for saving rather than spending. That is one of the reasons – perhaps the main reason – why it has had an issue with deflation (prices continuously falling) for years, although that has not always been well understood by policymakers.

Canada, like Japan, might find monetary policy less effective as the population ages. In a recent piece for the Nikkei Asian Review, former Bank of Japan governor Masaaki Shirakawa made the case that it took Japan a long time to figure out the role of demographics in its economy – and perhaps other countries could learn from its mistakes. The Bank of Japan spent years cutting interest rates to spur growth, thinking the reasons for consumer caution had to do with economics. Given that they had more to do with demographics, the policy was not as effective as it might have been. That is food for thought, as both the U.S. and Canada have relied heavily on interest-rate cuts when the economy has cooled.

The other way rich-old Canada might avoid a Japan-style mistake is by keeping what is inevitably going to be an aging work force productive. Instinctively, this should not be a problem at all, given that older workers presumably have had more years to accumulate skills and knowledge and as such should be more productive than younger people. But research shows that, as work forces age, productivity tends to fall, perhaps because job requirements change over time and workers are not continuously trained to keep up with them.

A 2016 study of the phenomenon in Europe by the International Monetary Fund found that, all things being equal, an aging work force would cause euro zone productivity growth to decline 0.2 percentage points per year until 2030, which on a cumulative basis is not insignificant.

Japan’s productivity has fallen as its work force has aged, although presumably that is a trend that can be avoided if there is a concerted effort to ensure that the skills of all workers are kept up to date. That is of course a challenge, as much for individuals and businesses as for governments, and requires buy-in from all parties.

Our aging population will present continuous challenges in the years ahead, and if we are not careful it could slow growth and raise costs at the same time. That is a scenario to be avoided at all costs, and this is the time to set policies carefully to secure the future we want, one in which we are rich and old and make the most of it. 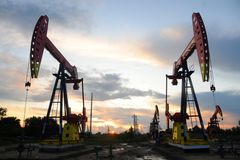 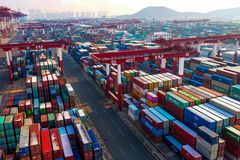