It is hard to believe, based on the country’s economic record of the past four years, that Canadians opted for four more years of centre-left policies. At the margin, with the NDP holding the balance of power, it may be more a shift to left-centre.

Real gross domestic product (GDP) has expanded 1.4 per cent in the past year, but population growth is 1.5 per cent, so the Canadian economy, despite all the bravado, is actually contracting fractionally on a year-over-year per capita basis.

The fastest-growing segments of the economy are government, as we saw in the latest employment report, cannabis and multiunit construction. That’s it. These segments, amounting to 40 per cent of GDP, have a combined year-over-year growth rate of over 3.0 per cent. The other 60 per cent. Call it zero.

Productivity growth is stagnant, whereas in the United States it is up 1.7 per cent in the past year. As such, unit labour costs in Canada, at nearly 3 per cent, compare to a more competitive 2.5-per-cent U.S. trend. This lack of domestic competitiveness is a key reason why Canada has not managed to run a current-account surplus since the third quarter of 2008. The deficit now stands at 2.2 per cent of GDP, but the “basic balance” is $80-billion or 3.6 per cent of GDP (the basic balance is the sum of the deficit plus direct investment net outflows). This is a big hurdle for the Canadian dollar. Meanwhile, Canada has not been able to finance this chronic balance-of-payments gap with long-term financing from abroad as net foreign direct investment has been consistently negative, as in outflow of capital, for the past five years.

Canadian household debt, while marginally off its all-time high‎, is still higher today as a share of GDP (101.3 per cent) than it was in the United States at the 2006-07 bubble high (98.2 per cent). Total principal and interest payments now absorb 15 per cent of personal disposable income, a record high back to 1990 when borrowing costs were double-digits. This is a pervasive dead-weight drag on Canadian cyclical consumer spending, as we have seen with flat year-on-year retail sales growth.

While the immigrant boom has propelled the Canadian housing market, there are limits here. As it stands, residential construction’s share of the economy, at nearly 7 per cent, is above the average for the past 25 years and actually higher than the peak of 6 per cent in the mid-2000s housing boom.

And in a sign of just how crazy prices have become in the traditional housing market, multifamily‎ housing starts are now more than tripling the activity in the single-family market. By way of comparison, in the U.S. for any given month, single-family starts are typically double the rental/condo construction pace. Keep in mind that multiple-unit construction carries with it a far lower “multiplier” impact on GDP – but that is the Canadian story. Not altogether an appealing one, although we would all agree it’s a great place to live. The economy? Not so much.

Opinion
The most acute ‘Potemkin’ rally in history rolls on
July 26, 2019 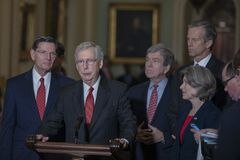 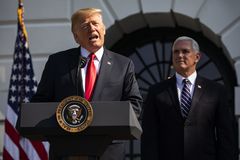 Opinion
Why Trumponomics will spark the next recession – and soon
Subscriber content
May 19, 2018 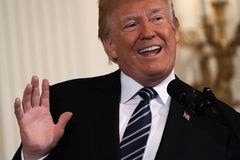