China has sustained spectacular economic growth for nearly four decades and it has made a great leap forward in the living standards and personal ambitions of much of its population. However, a growing number of signs indicate the prolonged period of rapid growth is coming to an end, with consequences for Canada and the world.

China’s growth miracle began in the late seventies with reforms led by Deng Xiaoping that recognized the advantages of private initiative and market forces – combined with massive continuing investment by the state and a gradual opening to the world economy. Growth rates began to take off in the eighties and soared into double digits at times. Chinese per capita income grew rapidly and is now approaching US$10,000. Visitors to China are immediately impressed by its modern coastal cities (notably Shanghai) and new infrastructure such as high-speed rail, although the benefits of rapid growth have not been shared evenly and have come at a high environmental cost.

Reported annual growth in China has steadily slowed over the past two decades, to about 6 per cent today. Rapid growth for most of the past 40 years has meant significant capital deepening and development of a much more robust Chinese economic base. The arithmetic of slowing growth is not complicated; closing the investment and consumption gaps in an economy, and an expanding and more sophisticated economic base, make it ever harder to maintain a high rate of growth.

Thanks to its one-child policy (only recently relaxed), China is also feeling the impact of population aging similar to that in many industrial countries. Labour force growth is declining sharply and China’s population is projected to peak in the next decade. These demographic forces will be a drag on growth capacity in the years ahead.

China reported growth of 6.4 per cent in 2018, the slowest rate since 1990. The official economic numbers in China have long been regarded with some suspicion, although they are directionally correct – the corroborating physical evidence makes it clear the Chinese economy has undergone spectacular economic development.

However, recent data suggest a more pronounced growth slowdown is taking place. Chinese auto sales fell in December for the first time in 20 years. Reported housing sales are down in major cities. China’s huge goods trade surplus was a key driver of its business growth over the past two decades, but that trade surplus had diminished even before the Trump administration’s trade war and tariffs. Overall, the desired shift from export-led growth to a consumer-based Chinese economy has not proceeded as smoothly as planned.

One key policy shortcoming has been to repeatedly to prop up Chinese state enterprises – essentially subsidies masquerading as investment – while not giving priority treatment to the conditions for private investment. This policy is both a waste of scarce fiscal resources and a drag on productivity growth, since state enterprises are the slow-growth segment of the Chinese business economy.

Moreover, to demonstrate its status as a global power, China has diverted state resources into expensive show projects such as a space program and multiple Olympic games, created ghost cites and it is making a huge bet on the ambitious Belt and Road Initiative to build transportation infrastructure across Asia and beyond. Grand projects can provide a short-term economic boost, but they also tie up fiscal resources and can distract from policy fundamentals.

The trade dispute with U.S. and related tariffs is like bitter icing on the cake; it hurts Chinese export sales, raises the cost of key imports used in production, and impairs investor confidence. A trade deal with the United States is still the expected outcome – both parties need a deal – but access to the U.S. market will likely become more challenging, particularly for high-value Chinese services. In addition, the risk of arbitrary detention of foreigners does little to encourage people with ideas and capital from engaging with China.

The prevailing consensus among China watchers has been that its growth potential would eventually plateau at about 4-per-cent annually in the 2020s. However, another realistic scenario would see slower growth in the years ahead, perhaps as low as 2-per-cent annually. Perpetual one-party rule, and the confirmation of Xi Jinping as president for life, may limit serious internal policy debate on how to re-energize Chinese growth.

What are the implications for Canada? Slower Chinese growth would inevitably translate into slower growth in global demand and in international trade and investment. It would also reduce demand growth for many commodities and withdraw important momentum from commodity prices. The impact would not be favourable for many Canadian commodity producers, although likely not as dramatic as the collapse in commodity demand and prices during the 2008-09 global financial crisis.

Structurally slower Chinese growth would also affect its attractiveness as an alternative market for Canadian exporters and investors. China would still be an important large market to pursue, but balanced against business development opportunities in regions where Canada already has free-trade agreements in place, and where there is greater legal and political clarity. 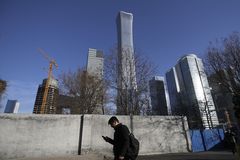 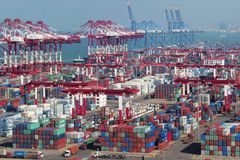 Opinion
Why the Chinese economic slowdown may benefit Canada
January 25, 2019 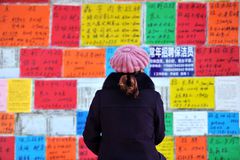