We’re in the midst of a global crisis. It’s creating vast deserts. It’s spawning fierce battles over ever scarcer resources. It’s driving political polarization and extremism. And the giant multinationals that are causing the crisis won’t even acknowledge their responsibility.

No, I’m not talking about climate change. But of another ecosystem breakdown: the market failure that is decimating local news in democracies around the world.

The deserts it’s creating aren’t physical wastelands, but “news deserts,” a term coined by the University of North Carolina’s Hussman School of Journalism and Media to define “a community, either rural or urban, with limited access to the sort of credible and comprehensive news and information that feeds democracy at the grassroots level.” According to the Local News Research Project, more than 300 newspapers have closed in Canada since 2008.

And the reason for the market failure is simple.

Real journalism – reporting real news – costs real money. With the exception of state-owned broadcasters, news media have two sources of revenue to fund that reporting: advertising and subscriptions. That’s true in print and broadcasting. And it’s just as true online – where news media, like their readers, have migrated over the past two decades.

The problem is the gatekeepers of the online world – Google and Facebook . A U.S. Senate report late last year, entitled Local Journalism: America’s Most Trusted News Sources Threatened, put it clearly: “These trillion-dollar companies scrape local news content and data for their own sites and leverage their market dominance to force local news to accept little to no compensation for their intellectual property. At the same time, the marketplace for online advertising is now dominated by programmatic ads, with digital advertising services claiming half of every ad dollar, further diverting funds away from local journalism.”

In Canada, Google and Facebook’s take of online advertising is even higher – a whopping 80 per cent – choking off vital revenues to fund local journalism.

The two web giants don’t really see a problem – at least one for which they bear any responsibility. Instead, they claim the news media is the author of its own misfortune. They perpetuate a narrative that falsely claims that newspapers have been laggards in the digital revolution. In fact, Canadian news media – including this newspaper – have been and continue to be early adopters.

The problem is that Google and Facebook use their monopoly powers to hoover up all the resources. By any measure, that’s a market failure. And when a market fails, governments must step in to correct the failure and rebalance the situation.

That’s what is happening in Australia. Late last month, that country’s Parliament – with all-party support – passed a comprehensive solution that requires Google and Facebook to negotiate fair terms for compensation with the country’s news sector, and backs up a code of conduct with enforcement teeth. The Australian solution does not require new government funding, user fees or taxes. All it does is give local news a fair and real chance to compete online.

Google and Facebook fought tooth and nail against the changes, each at one point threatening to refuse service and abandon the country altogether. Not only were Australian legislators – and public opinion – unswayed by the bully tactics, but the two web giants had to perform epic climbdowns.

The publishers of the daily, regional, community and ethnocultural news publications that account for more than 90 per cent of news media readership in Canada have come together to urge Canada’s Parliament to adopt the Australian solution. It’s the key recommendation of the report we released last fall: Levelling the Digital Playing Field.

Australia’s Competition Commissioner Rod Sims put the problem this way: “The digital platforms need media generally, but not any particular media company, so there is an acute bargaining imbalance in favor of the platforms. This creates a significant market failure which harms journalism and so, society.”

And that, at the end of the day, is what’s at stake – the very democratic fabric of our society.

Sometimes it takes the trained eye of a historian to see the present more clearly. Timothy Snyder of Yale is one of the world’s top academic authorities on 20th-century totalitarianism. In an essay on the Jan. 6 attack on the Capitol building in Washington, he wrote: “Truth defends itself particularly poorly when there is not very much of it around, and the era of Trump … is one of the decline of local news. Social media is no substitute: It supercharges the mental habits by which we seek emotional stimulation and comfort, which means losing the distinction between what feels true and what actually is true.”

The reality he describes didn’t happen by design. Google and Facebook didn’t set out to pollute democratic norms and cut off the fresh supply of local news. No more than the goal of heavy industry is to poison the atmosphere. But unintended consequences are no less dangerous just because they’re unintended. And they don’t absolve those responsible – or our governments – from taking the steps that are necessary to correct them. 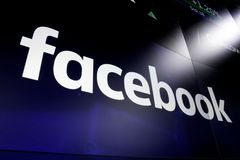 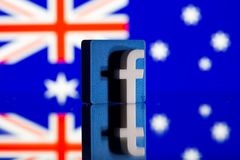 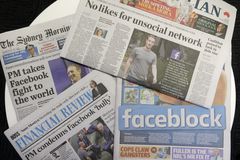