Absent all the craziness going on in the world, Donald Trump’s unprecedented attacks on the U.S. Federal Reserve would be getting a lot more attention.

The U.S. President has called the Fed “crazy" and “loco.” And he says the central bank has become his “biggest threat” by moving too fast to raise interest rates.

Forget that Mr. Trump is berating the same Fed he helped to build. Since taking office, he has put his personal stamp on the central bank by appointing three of the Fed’s four sitting board of governors, including chairman Jerome Powell and vice-chair Richard Clarida.

Mr. Trump’s recent criticism is a blatant challenge to the central bank’s independence. Most U.S. presidents have refrained from directly criticizing interest-rate policy, but there are no laws preventing presidents from doing so.

Mr. Powell’s predecessor, Janet Yellen, has complained Mr. Trump’s outbursts are “counterproductive” and could undermine confidence in the Fed’s commitment to fighting inflation. Another former Fed chair, Alan Greenspan, is less concerned, suggesting that Mr. Powell should just put on “earmuffs” and tune it all out.

Mr. Trump’s game plan is not to actually change monetary policy. He just wants to rant about it. Mr. Trump insists he has no plans to replace Mr. Powell or the other governors. And his top economic advisers, including Treasury Secretary Steven Mnuchin and National Economic Council director Larry Kudlow, have refrained from repeating Mr. Trump’s view that the Fed is moving too fast to raise rates.

Fed officials are similarly tuning out the President’s rhetoric. Mr. Powell insisted recently that Fed officials “don’t consider political factors” in their monetary-policy deliberations. The Fed has made a compelling case that still-higher rates are fully justified. The current Federal Funds rate, at 2 per cent to 2.25 per cent, is historically low and well below neutral. That means the Fed is still injecting plenty of stimulus into the already fast-growing U.S. economy.

This suggests Mr. Trump’s complaints about the Fed are not really about monetary policy. They’re about politics and the U.S. midterm elections, which are now less than three weeks away.

The President has been grumbling for months that people haven’t given him enough credit for the booming U.S. economy.

In spite of all the bluster, Mr. Trump’s biggest threat is not the Fed. It’s the stock market, which has suffered a series of sharp downward plunges this month. A lot of people, particularly those with big investments, see the stock market as a proxy for the real economy.

That’s unfortunate for Mr. Trump. The market pull-back is an untimely intrusion into the President’s favourite narrative – namely, that he’s engineered a Trump economic boom with his tax cuts, tariff wars and deregulation efforts. Since he was elected in 2016, he has tweeted dozens of times about how great the stock market has performed under his leadership. Typical was this one last month: “The Economy is soooo good, perhaps the best in our country’s history.”

Now, Mr. Trump is desperately trying to change the narrative. If the once-surging stock market was proof of Mr. Trump’s economic genius, people might also pin more recent reversals on him.

So he has found a convenient scapegoat in the Fed, which is threatening his version of events.

It’s too convenient to pin blame on the Fed. If Mr. Trump is right that his policies have supercharged jobs and growth, the economy shouldn’t need ultralow rates to keep the party going.

Mr. Trump’s criticism could easily backfire. Fed policy-makers may react by stiffening their resolve to raise rates in the months ahead – just to make it clear to everyone that they won’t be bullied by the President.

Hey, Mr. Trump (with apologies to the Rolling Stones): You can’t always get what you want. But if you try sometimes, well you might find, you get what you deserve. 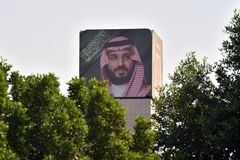 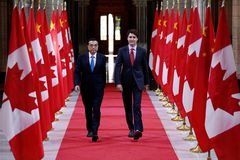 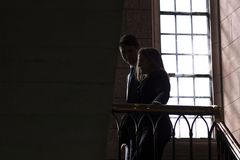