Countries around the world have been actively rethinking copyright for the digital age, grappling with the potential for the internet and new technologies to facilitate new creativity and business models, as well as the need for fair remuneration for content creators. The European Union has been particularly active on the issue, with a two-year copyright reform process that was billed as providing an update for the digital environment.

As the process neared its conclusion earlier this month, the European Parliament experienced the equivalent of a copyright political earthquake. Hundreds of elected officials shocked observers by voting against quick approval of a reform package that would have led to blocked access to thousands of legitimate works through upload content filters, alongside new “link taxes” that would have charged sites for linking to news stories online.

At the centre of the debate was Article 13, a provision designed to limit the availability of infringing content on internet platforms by requiring large sites to conduct automated reviews on content uploads through filtering software. The provisions were dubbed “censorship machines” due to concerns that the software would regularly block legitimate content.

Moreover, Article 11 would have granted publishers a new right requiring a licence for the use of snippets of journalistic online content. Viewed by critics as a “link tax,” similar approaches in Germany and Spain have largely failed to generate much revenue but have limited visibility of news content online.

The proposals could be revived in September, but the massive public backlash highlights the political risks when copyright encroaches on freedom of speech, privacy and net neutrality. As Canada continues to weigh its own set of reforms, the European experience provides a timely reminder that striking the right balance on copyright is a challenging task.

What distinguishes the European copyright reform experience from others, and what lessons might be learned for future efforts around the world?

One takeaway is that there are presently two kinds of copyright reforms. The first involves a conventional balancing of copyright interests, typically framed as creator rights on the one hand and users’ rights on the other. Ensuring both appropriate compensation and reasonable rights of access and reuse are invariably contentious, but they are largely limited to directly copyright-related considerations.

For example, the current Canadian copyright review before the Standing Committee on Industry, Science, and Technology has already heard from a wide range of stakeholders on issues such as fair dealing, the Canadian equivalent of fair use. There are legitimate arguments on both sides, with data on publisher and author revenues, huge expenditures on digital licensing, and the link between copyright flexibility and innovation, but the debate is largely one about copyright.

This stands in marked contrast to the second kind of copyright reform, which uses law to mandate copyright enforcement through regulating technology and digital networks. Those proposals have implications that extend far beyond the copyright balance, sparking concerns related to freedom of expression, privacy and net neutrality.

The defeat of the European proposals are a case in point. Mandated filtering systems would have enormous implications for free speech online, since some estimate that thousands of legitimate works would be blocked daily. Similarly, there are fears that a “link tax” would undermine one of the foundational benefits of the internet, namely the freedom to effortlessly share information online through hyperlinking.

The European developments may have taken copyright lobby groups by surprise, but there is ample precedent for similar public engagement. In 2012, the European Parliament overwhelmingly voted against the Anti-Counterfeiting Trade Agreement, which had sparked protests in the streets of many countries as many feared its provisions would prioritize enforcement over personal privacy.

Earlier that year, there was outrage in the United States over the Stop Online Piracy Act (SOPA), which featured copyright enforcement measures that would have threatened user-generated content and adversely affected critical internet architectures. The public protests, which included massive petitions and website blackouts, led to a swift retreat from the bill’s backers.

In fact, Canada has been no stranger to popular copyright protests. In 2007, the government shelved a proposed copyright bill that adopted restrictive digital lock rules after public backlash. Years later, it passed legislation that included similar rules, but sought to balance the provisions with new safeguards for user generated content and the removal of online content.

Copyright proposals that implicate freedom of expression, privacy and net neutrality continue to dot the Canadian landscape. The industry committee has heard from witnesses who want internet providers to monitor all incoming traffic for copyright infringement, implement website blocking systems, create a Canadian version of a link tax or levy new internet access taxes to compensate for copyright use. Moreover, others want to retain strict digital lock rules that hamstring the ability to engage with copyright materials once they are in digital form.

The Canadian copyright reform process is hard enough without venturing into technological and network-based reforms that could hurt free speech, lead to greater surveillance and undermine net neutrality. This month’s copyright earthquake may have originated in Europe, but its aftershocks are likely to be felt in Canada. 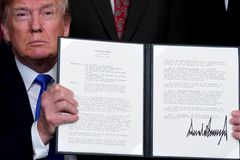 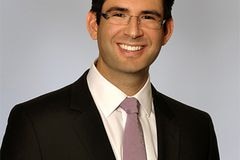