Josie Rudderham is co-owner of Cake and Loaf Bakery in Hamilton, and is a member of the Better Way Alliance, a network of Ontario business owners who consider employee well-being a smart investment.

Half an hour out of my day, once per year, is a reasonable amount of time to dedicate to achieving pay equity in my business, but that won’t be required of me now that Ontario’s Pay Transparency Act has been put on pause.

Looking at the provincial data, we have a well-known pay equity problem in workplaces. The wage gap has been in decline since the 1970s, but it now averages out to around 11 per cent, with women earning 89 cents for every $1 earned by men. Even though pay equity is already part of our laws – it is illegal to discriminate based on gender – I look at my daughter and can’t believe I have to explain to her that the wage gap still exists.

We need to do something about it. Enter the Pay Transparency Act. Introduced by the previous Liberal government last year, the law was supposed to enforce pay equity. It asked businesses to do practical things such as post wage ranges on job ads and cross-reference employee gender data with pay data, reporting their findings annually to the government. It also bars employers from asking potential hires about their previous remuneration and prohibits "reprisals against employees who discuss or disclose compensation.”

While it was supposed to take effect in January, Premier Doug Ford’s Progressive Conservative government decided instead to delay the implementation of the law, asking businesses how onerous it might be to obey it. Any potential cost to the business community is often seen as more important than the broader social good, but this shouldn’t be the case. If you can’t treat all your people with equal respect you shouldn’t have the privilege of running a business. The wide-ranging social and economic benefits of pay equity are more than worth asking business owners such as myself to check in and make sure we’re paying people fairly. As business leaders, what are we hiding from? If we are unintentionally contributing to the wage gap, let’s figure out how and why, and act to fix it.

I have a staff of 20, so I wouldn’t have been required to do the annual reporting on the gender wage gap under the act’s rules – that was reserved for companies of 100-plus. However, we do think about equity for our staff and we see the benefits. Gender equity isn’t just about pay – there are many other considerations. It’s about fully accommodating people’s pregnancies, parental leave, sick leave, family leave and child-rearing duties. It’s about making sure when an employee (of any gender) returns from parental leave or family care leave that they are truly integrated back in and supported to return to their full role in the company. It’s about recognizing where the system fails and filling the gaps.

My personal experience as an employee in the food and beverage industry and my previous eight years in the financial industry made it clear: Unless I asked male co-workers directly how much they made, it was very difficult to assess what a fair wage was. Luckily, I don’t adhere to the social taboo against discussing salaries, but it is still widely held. We can’t expect employees to police their wages. And many companies expressly forbid their employees to do so.

We need to give business owners a reason to really think about pay equity. Business decisions are often prioritized based solely on profit, making a terribly uneven playing field for those of us always trying our ethical best when the competition is willing to take advantage of our weakened labour laws, or sidestep them altogether. I wish there was more enforcement so that we all played by the same rules.

As a society, we can demand better. There’s no question: Enforcement of pay equity is long overdue. The current system just doesn’t do enough to keep it at the forefront of salary decisions. Measures included in the Pay Transparency Act help with that. The Ontario government should reinstate those measures as soon as possible. When we keep each other accountable, we all succeed together. 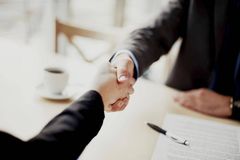 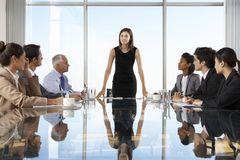