Ed Clark, former CEO of TD Bank, is chair of the Vector Institute for artificial intelligence. This is adapted from a speech to the Canadian Club in Toronto on Dec. 13, 2018.

Canada was the first country to have a national AI strategy. The good news is that it has been a great success. The benefits have been realized sooner and to a greater extent than was anticipated. But, Canada’s first-mover advantage in AI is at risk. What we do next will determine how much our country gains the economic rewards that AI promises – or if other countries enjoy the bulk of the benefits.

About 18 months ago, Canada led the world by announcing the first national AI strategy. The five-year Pan-Canadian Artificial Intelligence Strategy unified Canada’s three major AI institutes — Vector Institute in Toronto, Amii in Edmonton and Mila in Montreal — with a national vision. Working together, we would recruit and develop a critical mass of top AI researchers and practitioners that would become a magnet for investment and other top talent from around the world.

It has worked. Each of the three cities has attracted high-profile researchers, companies and investment. The Vector Institute has been among a series of catalysts for more than $1-billion of announced AI and tech-related investments that will result in the creation of 25,000 jobs across Canada.

Canada is where the world’s scarce AI talent wants to be today, and leading companies have set up shop here to get access to it. Supply has created its own demand.

But while we’ve been making this happen, the world has not stood still. It has determined that economic and political success will depend on a country’s ability to adopt AI. Several countries have now also bet big on the technology, with some committing billions to their efforts.

The global race for AI supremacy is on.

If we are going to win, we need to do more than hold our leadership in AI research and talent development. We need to lead the world in applying AI. As Kai-Fu Lee has said: “Visionary research is no longer the most important element of progress.” Practical implementation of AI is now “the name of the game.”

The ability to use AI to improve efficiency, develop new products and provide better outcomes for customers or in public goods is ultimately what will distinguish the national winners. The country whose firms and institutions do this best will have a colossal competitive advantage.

But Canada does not always do so well at adopting new techniques. In many domains, we’ve been great at research, but poor at application. We cannot let this be the case with AI. Success will also depend on scaling up and keeping startups that commercialize AI research. Innovation and commercialization are driven by the head office, and the resulting economic benefits accrue to home countries. Unfortunately, scaling startups is another area in which Canada has often fallen short.

Canada needs to crack the code that will enable us to solve these issues in order to compete in the next leg of the global AI race. This will require a sustained commitment to long-term success — and all stakeholders have a role to play.

Companies (and public operating entities such as hospitals) need to adopt AI aggressively. As with most things in business, figuring out AI isn’t necessarily about high-level strategies — it’s about doing, failing and redoing until you get it right. Every company has to take this seriously, because they can be sure their competitors will.

Companies also have to take responsibility for training their employees. A legitimate worry about AI is the destruction of jobs. Companies need to be open about the changes under way and find ways to increase the skills of their employees to ensure that they share the benefits of the technology.

As a society, we also must address real concerns about AI, such as the creation of undetectable fake news, the misuse of personal data or facial recognition software, decision-making tools that reinforce societal biases and cyberwarfare. It’s scary just to list them, but we cannot ignore them. Rapid progress in AI will happen, whether or not we are leading it. If we do not assume this leadership role, our counterparts in other countries will just take advantage of our lack of competitiveness, and then job losses will be even higher.

We have reason to celebrate what Canada and its institutes have accomplished so far. But we must see this as a marathon, not a sprint, and put in place long-term commitments. Public and private institutions need to commit to implementing AI to make Canada more competitive and to improve outcomes for our citizens. And we need to have the knowledge and wisdom to deal with the issues that will become commonplace as AI becomes more widespread.

We have the people to make this happen. Let’s do it.

How artificial intelligence could change the hiring process
December 7, 2018 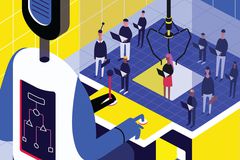 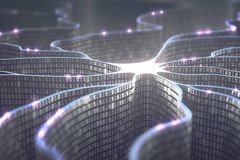