Lawrence Herman is a former Canadian diplomat who practices international law at Herman & Associates and is a senior fellow with the C.D. Howe Institute.

The refugee crisis and its global dimension continues as a major challenge for the international community. In our hemisphere alone, the United Nations estimates a staggering 5.4 million forcibly displaced Venezuelans by the end of 2019.

All of this serves as an urgent reminder that intergovernmental action is needed to address the crisis, not just in our own neighbourhood, but in other parts of the globe where refugees continue to flood across borders.

While collective intergovernmental action is needed for long-term solutions, there are important ways for the business community to be engaged as an important companion to state action.

Such private-sector initiatives would help to foster commercial activity and alleviate the appalling poverty and stark future faced both by refugees and the countries, some of which are the poorest in the world, forced to shelter them.

Here are some ideas for a range of private-sector responses to this global crisis, each of which would focus on releasing the untapped potential of refugee communities to what we see as a wining opportunity on three fronts – for refugees, for host countries and for the engaged private sector.

Over the past few years, a number of international aid agencies have assisted in the marketing of refugee-made artisanal products. We see the possibility of taking that to the next level. Through creative ingenuity, product standards and classifications could be developed to give advantages to more sophisticated refugee-manufactured goods. For example, large retailers – Walmart, Costco and Home Depot come to mind – could stock or offer items specially designated or labelled as bona-fide refugee-made products.

While the consumer would have to make purchasing decisions, labelling goods as refugee-made could be as commercially significant as a governmental rule or tariff reduction for that particular product.

Private-body endorsements and certifications could be applied in the refugee context, in much the same way as environmental and fair-trade endorsements are used in a whole gamut of consumer goods. There are many examples.

A good one is fair-trade certifications covering a wide range of products, including bananas, honey, oranges, cocoa, coffee, shortbread, cotton, dried and fresh fruits and vegetables, juices, nuts and oil seeds, quinoa, rice, spices, sugar, tea and wine. In the same category are the “green” endorsements that certify environmentally acceptable practices and processes.

In the fashion industry, there are certifications for clothing made in safe, lawful, humane, and ethical manufacturing around the world. There is Better Work, a partnership between the UN’s International Labour Organization and the World Bank’s International Finance Corp., which sets guidelines to improve working conditions in developing countries.

Why not a refugee-type certification, an endorsement of goods made responsibly and under the right conditions by refugees living in recognized communities?

Closely related are guidelines for corporate practices that are widely accepted as standards of conduct in international commerce. These include the UN Global Compact, the Organization for Economic Co-operation and Development’s guidelines for multinational companies, Business for Social Responsibility (BSR) and Business Social Compliance Initiative (BSCI). None of these are forced on the private sector by law or regulation but are influential in setting standards for corporate conduct.

Private-sector acceptance – again outside of governments – of consensus standards for best practices regarding refugees, such as hiring persons and accepting products or even services from those communities, building on the existing work of the Tent Foundation, which is supported by the Canadian-led World Refugee Council, to get companies to undertake formal pledge to hire refugees.

A closely related concept are CSR standards, a major phenomenon today that, while based on self-interest, has fundamentally changed corporate behaviour and had a profound influence on international business. CSR is the private sector’s way of integrating accepted economic, social and environmental imperatives into strategic business models.

There are many CSR policies and programs that report on implementation and compliance in annual corporate reports. This is not because of state regulation or international treaties but because of political and social pressure and the self-interest of the company involved to be seen as an ethically responsible actor.

In the human-rights field, the 2011 UN Guiding Principles on Business and Human Rights says, “The responsibility to respect human rights is a global standard of expected conduct for all business enterprises wherever they operate. It exists independently of States’ abilities and/or willingness to fulfill their own human rights obligations, and does not diminish those obligations. And it exists over and above compliance with national laws and regulations protecting human rights.”

As in the case of human rights generally, a set of guiding principles respecting economic commitments to aid refugees could be formulated, taking its cue from the existing CSR guidelines but also going much further with a broader suite of corporate-led initiatives.

Only governments have the ability to take the range of action needed as outlined in the report earlier this year – A Call to Action – issued by the World Refugee Council. However, as part of a collective and comprehensive global response to the refuges crisis, there are important ways in which the international business community, including here in Canada, can play its role. 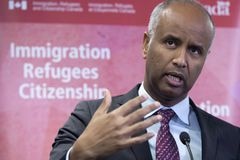 Opinion
It will take more than governments to solve the global refugee crisis
April 30, 2018 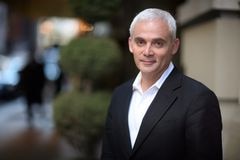 Opinion
Your business can facilitate social change by doing what it does best
May 15, 2018 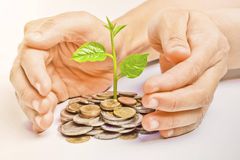