Mary Barra envisions an all-electric future for General Motors. But to get there, she first needs to bank as much profit as possible by selling millions more gas-guzzling pick-up trucks.

Therein lies the paradox of the strategy GM’s chief executive unveiled on Monday as she announced the elimination of six car models and the idling of five North American factories, including the Oshawa, Ont., facility that makes the soon-for-the-scrap-heap Chevrolet Impala sedan.

Ms. Barra is moving to shed slow-selling models and cut manufacturing capacity ahead of a possible recession, all while investing billions in the development of electric and autonomous vehicles. It’s a risky gamble for an automaker that owes its very existence to the internal combustion engine.

GM does not have a sterling record when it comes to weathering disruption. It went through bankruptcy protection less than a decade ago and only exists now thanks to the generosity (or gullibility) of American and Canadian taxpayers. Why would anyone trust Ms. Barra, now?

The big three North American car makers have been abandoning sedans to focus on the pick-ups, crossovers and sports utility vehicles that have been flying off the lots in the past few years. GM’s Silverado and Sierra pick-ups are by the far the most profitable vehicles in its fleet.

And yet, Ms. Barra insists the future will be all-electric. “To capitalize on future mobility opportunities, we expect engineering resources allocated to electric and autonomous vehicle programs to double by 2020,” she told industry analysts on a Monday conference call. “We will continue to maintain our strong line of our crossovers, SUVs and trucks that will prioritize future vehicle investments in our next-generation battery electric vehicle architectures."

How much of that statement is merely spin? After all, one of the models Ms. Barra axed on Monday is the Chevy Volt, the company’s signature plug-in electric hybrid. Meanwhile, U.S. sales of the much-promoted Chevy Bolt EV slumped 41 per cent in the third quarter to fewer than 4,000 units and were down 17 per cent in the first nine months of 2018 at 11,807 units. That compares with the more than 424,000 Silverado pick-ups and 155,000 Sierra pick-ups that GM delivered in the first three quarters of 2018.

What’s more, GM’s EV sales could hit a wall as U.S. buyers’ access to a US$7,500 tax credit dries up. The tax credit, first introduced in 2008, is only available to buyers who purchase EVs from manufacturers that have sold fewer than 200,000 EVs in the United States. As of October, GM had sold almost 197,000 EVs since 2008. Ms. Barra is pushing for an overhaul of the incentive to remove the ceiling.

That’s not all Ms. Barra wants from the government. The success of her plan to transform GM into an EV powerhouse will depend on whether Washington embraces her proposal for country-wide EV mandates modelled on California’s rules. California has adopted regulations requiring that at least 15 per cent of an automaker’s sales consist of zero-emission vehicles by 2025.

Twelve other states have followed California’s lead, but Ms. Barra is calling for a National Zero Emission Vehicle program to kick-star EV sales. “A single, 50-state solution will help move the U.S. to a leadership position in electrification,” she wrote last month in USA Today. “It will create jobs through the expansion of battery- and electric-vehicle research and development and production, improve the environment and make electric vehicles more affordable.”

Some industry analysts think Ms. Barra needs to be careful about what she wishes for. Forcing traditional auto makers to sell more EVs, especially if it comes at the expense of pick-ups and SUVs, would eat into their profitability for several years to come. Most auto makers, including GM, lose thousands of dollars on every EV they sell and that is not about to soon change.

Still, failing to anticipate a transition to electric vehicles could be even more costly for GM. Chinese and European automakers are betting their futures on EVs, helped along by government incentives and regulations favouring zero-emission vehicles. GM, meanwhile, has reportedly been working on proprietary technology aimed at slashing the cost of electric batteries by using less cobalt, for which prices have skyrocketed in recent years.

If Monday’s announcement is anything to go by, GM’s vision of an all-electric future does not appear to include Canada. But if it’s any consolation, the automaker’s strategy largely envisions China as the hub of its EV manufacturing activities, given that country’s lead in EV development.

U.S. President Donald Trump’s protectionist trade policies could interfere with Ms. Barra’s plans. As long as Mr. Trump is in the White House, it may be safer for GM to stick to making pick-ups. The longer-term question, however, is whether there is place for GM in an EV world. 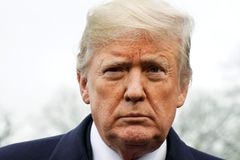 Thanks for the bailout, but bye now: GM’s Oshawa shutdown a hit to economy, a $300-million blow to incomes
Subscriber content
November 27, 2018 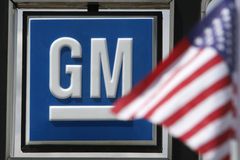 Globe editorial: No bailout can save Oshawa from GM’s hard reality
November 26, 2018 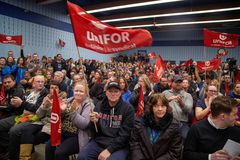