Financial markets today are in a state of high alert, responding spasmodically to an onslaught of macro- and company-level shocks. Among these, protectionism has been a particularly central and recurring villain. Just how bad might the “year of the tariff” turn out to be? Let’s tally up the good, the bad, and the ugly.

There are two sides to every ledger, and – believe it or not – some countries are still trying to deepen international trade rather than undermine it. The recently announced Trans-Pacific Partnership trade pact (sadly, minus the United States) is a major step forward. The European Union has also penned important deals with Canada and Japan. China – the world’s other superpower – is opportunistically seeking to fill the void left by a retreating U.S. This includes a gradual tempering of Chinese capital controls and the vision of a new Marshall Plan of sorts.

NAFTA negotiations – long a grim affair – have suddenly bounded forward after the United States surprisingly eased its demands on the domestic share of auto production, a sunset clause and the pact’s dispute-resolution mechanism. Those issues were among the key road blocks to a deal. Granted, there is more work to be done, it remains unclear what concessions Canada and Mexico have made and there could yet be a last-minute hitch (whether premeditated by wily U.S. negotiators or impulsively imposed by a certain President). But suffice it to say that whereas the risk of NAFTA’s destruction was once as high as 40 per cent, this has now fallen to just 15 per cent. That doesn’t guarantee the final deal is economically positive or even benign, but it does limit the damage.

Let us also recognize that the United States is not entirely incorrect in its trade grievances. American exporters do, on average, pay higher tariffs than foreign firms entering the U.S. market. If the recent barrage of U.S. tariffs is instead viewed as being a temporary wedge designed to pry open foreign markets, globalization could actually be advanced rather than impeded by these unorthodox tactics. This is unquestionably a best-case interpretation, but not an impossible one based on White House comments.

Lastly, it is some relief to learn that recently proposed trade barriers are set to impose surprisingly little economic damage. For instance, based on the actions taken so far, the trade spat between the United States and China will cost each economy less than a quarter of 1 per cent of their economic output.

Of course, whenever protectionism is in play, there is also quite a lot of “bad” news.

First, protectionism has long since morphed from words into action, with U.S. tariffs now in place on softwood lumber, washing machines, solar panels, steel and aluminum. Much as U.S. President Donald Trump promised and then delivered tax cuts, he is now clearly acting upon his protectionist mandate. The odds of further action rise as his more moderate advisers fall by the wayside.

Second, the latest Chinese tariffs are much more significant than anything that has come before, in part because of the size of the tariffs – a 25-per-cent tax on US$50-billion of imports – and in part because China is proving to be an equally pugilistic adversary.

Third, even for aggrieved countries that seek redress through the proper channels – filing a dispute with the World Trade Organization – any remedy is slow to come and the medicine might just be worse than the disease: They are told to impose their own tariff on the trade bully.

Fourth, the United States is even further off the globalization course than its recent tariffs would suggest. On a counterfactual basis, it has also failed to sign onto several deals that were previously full steam ahead: the aforementioned Trans-Pacific Partnership and a deal with Europe.

Fifth, the protectionist trend is not limited to the United States. The British decision to flee the EU is another prominent example. Subtly, quite a number of countries have also been skirting trade rules by fortifying their non-tariff barriers.

Sixth, and turning to Canada, the prospect of a NAFTA deal – even a slightly sour one – is undeniably a marked improvement on expectations from just a month ago. But this does not get Canada completely off the “bad competitiveness” hook – that has even more to do with divergent tax policy, labour laws and the broader regulatory environment.

My best guess is that protectionism will merely act as a pesky drag on global growth, avoiding outright economic carnage.

But alternate scenarios abound, and one must acknowledge something like a 20-per-cent chance of a rather uglier outcome: a full-blown trade war. This might not be full-on recessionary, but it could certainly suck all of the juice out of recent U.S. tax cuts.

The scenario goes as follows. It is far from clear that the United States is done conjuring Chinese tariffs. To the contrary, the tariffs thus far merely respond to China’s steel glut and the country’s questionable intellectual property practices. China can also be accused of subsidizing and shielding a slew of other sectors. From a broader perspective, China is responsible for much of the gaping U.S. trade deficit that the White House finds so objectionable. President Trump is already threatening another round of Chinese tariffs. And while it takes two to wage a trade war, China has proven its willingness to punch back.

To reiterate, a more muted – if shabby – trade outcome is still the most likely scenario. But alongside an aging business cycle, protectionism must surely be acknowledged as the key macro risk for the coming year. 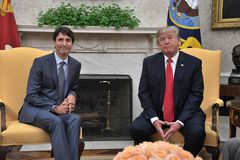 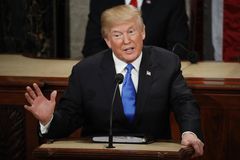