A couple of weeks ago, almost no one had heard of Engine No. 1, and the few who had might have thought it was a firefighting unit. In New York, some firefighters work at neighbourhood “engine companies.”

Today, the tiny investment fund, launched only half a year ago in San Francisco, is famous for having overhauled the board of mighty ExxonMobil, one of the biggest oil companies. The fund, with a mere US$240-million in assets, against all odds landed three of its four nominees on the board of Exxon, which has a market value of US$260-billion.

Engine No. 1′s victory was a shock to Exxon’s management, led by CEO and chairman Darren Woods. He had personally campaigned against the inch-tall, would-be giant slayer. Mr. Woods has been humbled – and his job just got way more challenging.

While the coup was widely billed as a win for environmentalists and investors who are governed by environmental, social and governance principles, it was far more than that. Forcing Exxon to move faster to clean up its grubby act was only part of the strategy, and possibly just a minor part.

Instead, Engine No. 1′s campaign was a victory for shareholder democracy against a monolithic company that was generally dismissive of critics and wanted to move at its own pace – that is, barely willing to budge from its set strategy. Inspired by Engine No. 1, other big, unyielding companies will face the same pressure.

Most rebellions start small and can pick up momentum with amazing speed. Think Black Lives Matter, Occupy Wall Street, Greta Thunberg’s school strike for climate action (which she launched on her own) and the suffragette movement a century ago. Corporate America will not be immune to the new breed of activist shareholders.

When Engine No. 1 revealed in January that it wanted to blow a hole in Exxon’s board, “climate” and “environment” were not even mentioned in the two-paragraph statement explaining its rationale behind the four board nominations. It said Exxon needed directors “who are sufficiently independent from the current board to ensure a clean break from a strategy and mindset that have led to years of value destruction and poorly positioned the company for the future.”

Indeed, while all four nominees had considerable experience in the energy world, only two could be considered genuine champions of renewable energy. Kaisa Hietala, who played a key role in transforming Finland’s Neste into one of the largest producers of renewable diesel and jet fuels, made the cut, but Anders Runevad, a former CEO of Danish wind power giant Vestas, did not. The three nominees who won Exxon board seats are not exactly the kind of activists who will demand that the company turn its oil and gas fields into organic farms.

There is no doubt that Engine No. 1 was concerned about Exxon’s horrendously high direct and indirect (value chain) emissions, but apparently it was more concerned that those emissions, unless they are brought down, pose a serious financial risk to the company’s health as the world embraces a net-zero future. Add in the company’s stock market underperformance in the past couple of years, and the fund felt it was time to rock ‘n’ roll.

It had a little help from its friends, which is where the “democracy” aspect of its seemingly impossible attack came in. On its own, Engine No. 1 would not have had a chance. But its proposed boardroom shakeup was backed by three of the most powerful investors in S&P 500 companies – BlackRock, State Street and Vanguard.

These heavyweights are passive investors but in effect used Engine No. 1 as their activist shareholder proxy. You can bet the trio will adopt the same strategy down the road when they find other underperforming companies that seem immune to strategic and boardroom overhauls.

Fossil fuel, mining, shipping, steel and car companies seem especially ripe for the Engine No. 1 treatment. Many of them talk a good game about reducing their emissions and preparing for a net-zero world but aren’t doing a lot about it. There are a few notable exceptions, such as BP, the former British Petroleum, which has pledged to cut its oil and gas production by 40 per cent by 2030 to bring down its greenhouse gas emissions – a plan that pump-or-die Exxon must find loony.

Car companies such as Ford, General Motors and Stellantis (the former Fiat Chrysler Automobiles) love to talk emissions-reduction strategies and their electric-vehicle push, but the details are scant and the overall impression is that they would prefer to make gas-guzzling SUVs and pickup trucks, which get fatter in every model year, to the end of time. Activist funds such as Engine No. 1, backed by the likes of BlackRock, may have other ideas for them.

The little engine that could, and the oil giant that couldn’t
Subscriber content
May 28, 2021 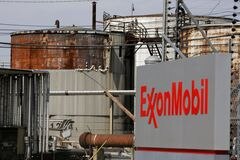