The new, ultrafast mobile wireless networks known as 5G are touted by tech companies as the greatest invention since the railway. They will revolutionize consumer engagement and the wider economy. Imagine being able to download a two-hour movie in a few seconds, run vast fleets of autonomous cars, perform remote surgery or talk to co-workers in different countries through video-conferencing so sharp they could be in the same room. It’s all possible with 5G, which is 100 times quicker than existing 4G networks.

But all utopian dreams face unpleasant reality checks and that’s exactly what’s happening with the planned 5G rollout and the hundreds of billions of dollars of investment that would drive it. The first problem is security; the second is the worry that the radiation from 5G networks could harm you.

Let’s start with security. China’s Huawei Technologies, which touts itself as the global leader in 5G technology, has run into a roadblock in the United States, which has banned the purchases of its 5G gear for fear it could be used as a covert spy network. Huawei this week filed a lawsuit against the U.S. government in district court in Plano, Tex., demanding the ban be overturned. At the same time, Meng Wanzhou, the daughter of Huawei’s founder, is suing the Canadian government for detaining her before informing her she was under arrest. The United States has demanded her extradition so she can face criminal charges related to alleged violations of U.S. sanctions on Iran.

Huawei’s legal mess in the United States and Canada will certainly delay the company’s ambition to blanket the world in 5G networks. But the health concern is emerging as potentially the bigger obstacle, one that just might delay 5G everywhere. It is starting to grab mainstream attention, even though more than a few scientists, among them McGill University’s Paul Héroux, a specialist on the health effect of electromagnetic fields, have been warning for years about the potential dangers of wireless networks.

The public figure asking the toughest questions about 5G’s health implications is Richard Blumenthal, the former attorney-general of Connecticut and onetime scourge of the tobacco industry, who is now the state’s senior U.S. senator. A Democrat, he is a member of the Senate’s committee on commerce, science and transportation and has a lawyer’s talent for sharp questioning. The committee has been peppering senior members of the wireless industry with some uncomfortable questions.

In December, Mr. Blumenthal asked the telecoms regulator to investigate whether the high frequencies used by 5G systems pose a health risk. “The stark, simple fact is the health hazards are unknown and unstudied and that is a sign of neglect and disregard on the part of the Federal Communications Commission that seems unacceptable,” he said at the time.

Two months later, he dropped a bombshell during a Senate committee hearing into the launch of 5G networks (they exist only in test form in a few cities, with broader rollouts to start next year).

The senator asked Brad Gillen, vice-president of U.S. Cellular Telecommunications Industry Association (CTIA), whether the industry was conducting any independent research into the health effects of radiofrequency electromagnetic radiation (EMR). “To my knowledge, there’s no active studies being backed by the industry today,” Mr. Gillen replied.

So watch out. If a wireless industry representative tells you that there is “no evidence” that 5G can be harmful, they’re not actually lying, for the simple reason that there is, in fact, no evidence. That’s because no long-term tests on the health effects of 5G networks have been conducted.

That radiation may be safe or it may not be; we don’t know. What we do know is that 5G is coming and it will be pervasive – at a certain point, you’d have to live in a lead-lined box to escape whatever radiation it produces. And if it does prove to be dangerous, many years may pass before we find out.

Networks that use 5G cells – cells are the geographical transmission area where the last link is wireless – actually use less power than older networks. That’s the good news. The bad news, according to Prof. Héroux, is that the technology uses pulsed, millimetre-sized radio waves that can be easily blocked by obstacles such as buildings and trees. Therefore, their transponders will have to be tightly packed into urban areas, perhaps placed every 150 metres, increasing radiation exposure. Big cities will have many thousands of them and their deployment will be hard to control, because 5G is supported by governments everywhere and legislation is being changed in some areas to ensure fast-track rollouts.

While there are no studies on the health effects of 5G, there are studies on radio-frequency radiation comparable to the frequencies used in cellphones connected to 2G and 3G networks. One, released in November by the U.S. National Toxicology Program, an interagency body that co-ordinates toxicology research and testing across the U.S. Department of Health and Human Services, found some evidence that male rats exposed to this radiation developed cancer.

In 2001, and again in 2011, the International Agency for Research on Cancer, which is part of the World Health Organization, classified low- and high-frequency electromagnetic fields as “possibly carcinogenic to humans.”

The big question now is whether governments or regulators will slow the 5G rollout until the health concerns are studied more carefully. Mr. Blumenthal, a powerful and credible voice in the U.S. Senate, would certainly like everyone to take a breather on the technology until some health studies are done. But Prof. Héroux of McGill thinks that’s dreaming. “You can’t stop 5G in a capitalist economy,” he said in an interview with The Globe and Mail.

He may be right, unless more voices such as Mr. Blumenthal’s hit the headlines. The wireless industry in the United States and elsewhere call the 5G rollout a “race” among the richest and most tech-savvy countries, including China, Japan, South Korea, Britain, Canada and much of Western Europe, to be the fastest to market in the 5G industry. In the CTIA’s Race to 5G Report, published on its website, there is not even a mention of the possible health effects of exposing people to 5G radiation.

The technology is a marvel and could trigger enormous strides in innovation. But it may not be safe – we just don’t know. The 5G rush is crazy until we do know.

UAE to use Huawei 5G equipment despite U.S. pressure
February 26, 2019 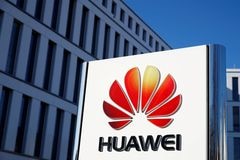 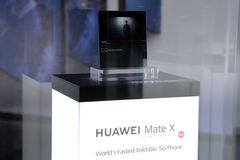 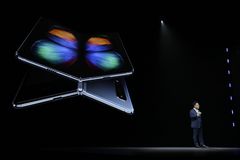