If we are talking about technology and work, here is what a lot of people would apparently think is ideal: Get a bunch of smart, personable robots, teach them to do what we do and send them to do the jobs that we are all bored with. Then, let the bots pick up the paycheques and hand them over to us. Say thank you, and everyone is happy.

And, honestly, we are part way there. Robots, or at least technological change, is galloping toward doing a chunk of the job functions that we have done for years. A mechanical arm can now scoop French fries, and clever robot doctors can do surgery, so that part is fine. The trouble is, no one seems to be able to figure out how to get the robot-pay direct deposited into the bank accounts of the would-be fast food worker or surgeon. And, so everyone still goes to work, and plans to keep doing so.

It actually was not supposed to be this way, at least if you believed what big-deal economist John Maynard Keynes said back in 1930. In his essay, “Economic Possibilities for Our Grandchildren,” Mr. Keynes figured that a 15-hour workweek was a sure thing for the coming century.

Lucky for him, he never had kids or grandchildren, or he might have had to answer for why that has certainly not come to pass: As of May of this year, Statistics Canada figures that the average full-time Canadian worker put in 35.3 hours a week at work.

For sure, Canadians want more leisure. Almost half (47 per cent) of those surveyed by Angus Reid said it would be a good idea to work a 30-hour workweek rather than a 40 hour one. But they are doubtful that it will happen, with only 13 per cent figuring that this could be a real possibility over the next two decades. Interestingly, when that same question was asked in a poll in 1985, 50 per cent said they thought it would happen, up from 48 per cent in 1969.

It is hard to know what was going through people’s heads then and what has changed. The 1969 survey was apparently taken just after the first astronaut had walked on the moon, so maybe everyone was upbeat about the possibilities of technology. Still, almost five decades later, we have seen a lot of those promises fulfilled, and then some. After all, at the time of the moonshots, computers were things that only scientists and engineers needed, and they took up whole rooms. Today, your average 15-year-old has more computer power in his or her pocket than was available to scientists in 1969, and is able to use it to do things no one would have dreamed about then, such as text and upload selfies. What may have changed is that, now, people believe that those gains from technology will accrue, but will not accrue in a way that will help their incomes in any way.

True, if technology did result in work getting done in less time, then workers could hang out at home and take a pay cut, but they could do that anyway by just choosing to work part time. To maintain their incomes, governments would have to chip in through a basic income. That might be a discussion worth having if we are talking about those who were really not able to work, but it is doubtful that it is a scenario that is going to be supported just because everyone wants a shorter week to relax. Of course, people could also just decide to work less and live on less as well, but that one has always been a bit of a non-starter in North America.

According to the survey, Canadians accept all of this, and are open to the possibility of just shifting work hours to better meet their needs. Sixty-eight per cent of those surveyed say that they would like to work four 10-hour days instead of the usual eight hours a day, five days a week. That is one for their employers to consider, although there are certain to be productivity implications that come with working those long days.

The most realistic possibility, though, is that fewer and fewer Canadians work at traditional jobs with set hours and instead set their own hours, for better or for worse. Freelancers, part-timers, gig workers, contractors – all are part of our economic reality already, and the norm for working hours in future may be that there is no norm. That may not be Mr. Keynes’ s vision from where he sat in 1930, but 90 years later it seems to be our reality. 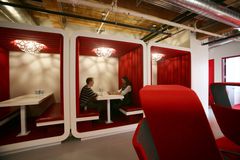