George Minakakis
Contributed to The Globe and Mail
Published August 29, 2019 Updated August 29, 2019
Comments
Please log in to listen to this story. Also available in French and Mandarin. Log In Create Free Account

George Minakakis is CEO of the Inception Retail Group.

The odds are against the future of department stores. They are overstored, slow to change and underwhelming in service.

Selling to price- and product-knowledge-conscious consumers is a challenge, with no visible pullback by those who choose to shop online. All of this is compounded by the fact that this old and venerable segment of retail has been losing the hearts and minds of its customers for years. It is a fair question to ask: Can department stores survive?

Hudson’s Bay Co.'s recent move to sell its Lord & Taylor brand and inventory may be just one of those decisions that is in the right direction.

Historically, department stores held the upper hand in the retail sector. If you sat in on trade shows, it used to be that everyone wanted to hear what they were up to. That’s no longer the case. Most attempts to resurrect them have had no effect, compared with their past campaigns of flair and flawless operational execution. Refreshing store designs has a limited shelf life and it doesn’t always drive sales. It is likely that the golden days of department stores ended around the 1980s.

During that decade, department stores went through major transitions, store expansions and a response to a threat from a disruptive innovator called Walmart, which was also on a path of accelerated growth. So aggressive and absolute was its impact that it was referred to as the “Walmart effect.”

It didn’t take long before department stores noticed consumer trends shifting to value-conscious shopping. To compete, they responded by reducing costs to deliver value. In some cases, the value message was pushed too far, changing a brand’s position, such as with Sears.

Walmart was a North American phenomenon and it marked the beginning of significant competitive behaviours; it also fuelled the failure and consolidation of other retail chains. Even central business districts could quantify the impact of a Walmart opening on the outskirts of town and the financial shock to local businesses. They called for the banning of Walmart, much as retailers react today to the “Amazon effect.”

For decades, shopping has been romanticized as an experience where consumers can relax and enjoy the goods that retailers have brought in and escape from the everyday routines of life. Now, however, consumers are focused on balancing work, family and their household ecosystems more than ever.

Retailers can blame Amazon or technology all they want for the shift in shopping behaviours. Most didn’t focus enough on the time-starved consumer who was looking for simplicity and convenience. Technology used to be a resource that many retailers used to improve productivity, buying, data collecting, financial reporting and to identify trends. In this past decade, those advantages have been destabilized. Technology has advanced the capabilities of retailers; however, it has also become a competitor in itself.

It is estimated that Amazon, Walmart and eight other retailers own almost 70 per cent of online retail revenue in the United States, that leaves 30 per cent for everyone else, according to eMarketer. The biggest obstacle for department stores is the cost of exiting their old business and consumer models and the time it will take to build their digital transformations and make them pay off. These retailers may be too big to be nimble and transition their business models effectively. And the question is, what will future transformation look like?

In fairness, there are many consultants who will tell you that “customer experience” is the salvation for all retailers. There may be a great deal of truth in that, however, it isn’t enough to just say “today we are going to be friendlier and service-oriented with the public.” As with every initiative, there has to be both an investment in training and development, in addition to the continuous evolution or revolution of service and the brand.

To be equally on par with online shopping, retailers have to have fast transactional processes, and be able to fill customer requests quickly online. Department stores know this, and the risks are high because buying too much inventory of some items and not enough of others is often the difference between paying for payroll from profits versus a line of credit.

Department stores have been built around business and consumer models with physical shoppers, today they are virtual shoppers. Repositioning department stores will take a great deal of patience, work, risk and vision. It will be about making tough calls on real estate. Department stores must understand the future of consumerism and e-commerce, and define how their brand will fit into that future. There also needs to be a major shift of intellectual resources from the home office to the front lines. Department stores are too centralized and they must become leaner to be nimbler.

The sale of Lord and Taylor looks like the right move by Hudson’s Bay. It will become leaner on top, get rid of underperforming assets and put a lot more intellectual capital back on the front lines. It may just stay in the game for the long term. 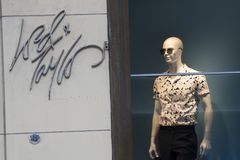 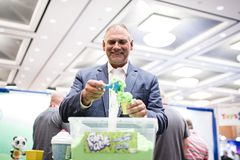 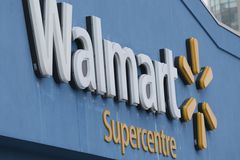