One of the many policy questions the Canada Emergency Response Benefit has raised is that of the role of automatic stabilizers built into our federal fiscal policy. The ones we had going into this crisis, frankly, don’t work. CERB is giving us a glimpse of what it might be like if they did.

An automatic stabilizer is a permanent part of the government’s financial framework that, by design, contracts or expands with the ups and downs of the economy. In doing so, these stabilizers automatically increase fiscal support when the economy is ailing, and reduce it when times are good. And they do so pretty much in sync with the need, without having to wait for governments to develop a new program or pass a new spending bill to address the fallout from an economic shock.

In normal circumstances, only about 40 per cent of unemployed Canadians actually qualify for EI; the rest are self-employed who don’t pay into the EI plan, or short-term staff who haven’t worked enough hours or weeks to qualify, or students entering the work force, or gig workers who don’t have traditional employment arrangements, or people whose EI benefits have run out.

But the COVID-19 downturn provided dramatic proof that Canada’s EI system isn’t nearly up to the task. Almost instantly, it proved too slow, and too exclusionary, to measure up to the crisis at hand.

The EI system is riddled with holes, and the COVID-19 crisis quickly exposed them. All those gaps not only make it a lousy income-support system for a lot of Canadians, they also make EI a poor automatic stabilizer – it doesn’t capture enough of the economy to be truly responsive to downturns.

“We’ve known for a long time that [existing] automatic stabilizers are not very sensitive to the economy,” Bank of Canada Governor Stephen Poloz said recently.

The central bank’s experimental simulations suggest that our stabilizers, led by EI, can deliver the stimulative equivalent of only about a 0.2-percentage-point cut in interest rates in the event of a typical economic shock.

It’s not nothing, but it’s not much. Remember that in the 2008-09 financial crisis, the Bank of Canada cut its key rate by more than four percentage points. In the current crisis, the bank cut by only 1.5 points, but that’s because its rate was a thin 1.75 per cent when it started; it essentially ran out of cutting runway, stopping at 0.25 per cent.

To its credit, the federal government whipped up CERB with remarkable speed, establishing in days a program on a scale that would usually take a government months, if not years. As policy, as we’ve seen from some of the issues that have arisen, it’s imperfect. But as an economic stabilizer, it ticks all the boxes: A near-instant fiscal response that will expand and contract to more or less match the scale of the shock.

But if and when CERB goes away, we’ll be back to an EI system that, in big-picture economic terms, is a very weak gear in the fiscal machinery.

This issue is increasingly pressing now that the Bank of Canada has taken its interest rate to near zero. If another economic shock hits before rates can creep back up toward normal – which will probably take years – the bank has essentially no conventional policy ammunition left to fight it. We’ll need to rely on the fiscal side to deliver the economic support – and it would help if it had better built-in mechanisms for the job.

Mr. Poloz argued that CERB could provide a model for just that kind of mechanism.

"Adding that tool to the fiscal tool kit is the sort of thing that could make the fiscal delivery more automatically sensitive to the economic cycle,” he said.

Of course, CERB is designed as an emergency measure. A lot of questions would have to be answered to pursue something that looked like CERB as a permanent program – not the least of which is cost, who is to pay for it and how. Still, the current experience has shown that if we want the economy to weather severe shocks and contain the damage, we’re going to need something more broad and responsive than EI to provide a meaningful fiscal stabilizer, and take more of the burden off monetary policy that has been stretched very thin.

"Stronger automatic stabilizers would be a good investment for society to make,” Mr. Poloz said.

Opinion
Why Canada’s emergency benefits are the right tool for this economic downturn
Subscriber content
May 13, 2020

Opinion
Canada’s fiscal response to coronavirus crisis is a good start, but there’s still work to be done
April 9, 2020 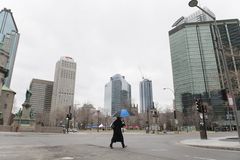