This is a tale of two cites, both named Montreal.

The first Montreal is full of well-regarded companies that are typically steady performers and occasionally stock market gems. They are generally not prone to corporate loutishness, even if they make mistakes and can be annoying now and again.

This lot would include BCE, Air Canada, Quebecor, CAE and Gildan Activewear. They might not be the most exciting companies, but you generally don’t have to worry about them making headlines for all the wrong reasons. One or two of them are consistently impressive. Gildan, a peach of a company that makes T-shirts and fleeces, reached a 52-week high on the Toronto market this week.

And then there are the big brats. In Montreal, two stand out – SNC-Lavalin and Bombardier Inc. Both are stock market laggards and both are no strangers to corruption allegations, although SNC easily wins the sleaze allegation sweepstakes, not just among Montreal companies; it’s a standout a mari usque ad mare.

Recently, both have been busy digging holes on the stock market. Bombardier is down 28 per cent in the past 12 months, but had a big bounce at the end of this week and was up 4 per cent on Friday. SNC is down 34 per cent and could go a lot lower if a criminal trial goes against the company, preventing it from bidding on federal contracts (it’s already shut out of World Bank contracts until 2023). The company was exposed to a possible criminal trial, when, in the fall, it failed to secure a deferred prosecution agreement (DPA) that would have stayed a trial in exchange for a hefty fine and commitments to clean up its act. The DPA mess later triggered the resignation of former justice minister Jody Wilson-Raybould from Prime Minister Justin Trudeau’s cabinet.

How to explain the Montreal divide?

There is no easy explanation, but SNC and Bombardier share a few traits. The first is that both of them rely heavily on government contracts of the domestic and international variety. The second is they are very close to the Quebec government.

While SNC has been far worse than Bombardier on sleaze allegations, Bombardier has not escaped them. Prosecutors in Sweden are pursuing a corruption case against a former Bombardier sales manager, Evgeny Pavlov, and several other associates in the company’s European train business who allegedly used bribes to win a US$340-million rail contract in Azerbaijan. Mr. Pavlov was acquitted of bribery in 2017, but faces a new trial this year. Bombardier faces separate rail investigation in South Africa. In an interview last summer with The Globe and Mail, Bombardier chief executive Alain Bellemare said “Honestly, we don’t have a systemic [ethics] issue here” and that all allegations of corruption would be thoroughly investigated.

SNC has been embroiled in ugly corruption scandals since 2011, when a senior SNC executive, Riadh Ben Aissa, was drummed out of the company for allegedly making $56-million in off-the-books payments to win Libyan contracts. He later pleaded guilty to using forged documents related to the infamous McGill University Health Centre bid-rigging scandal, one of the biggest fraud cases in Canadian history. In 2015, SNC itself was charged with fraud and corruption related to the alleged $48-million in bribes paid to Libyan officials. Earlier this month, former SNC boss Pierre Duhaime pleaded guilty to breach of trust in the health-centre case and was sentenced to 20 months of house arrest.

SNC and Bombardier are considered Quebec champions and both are buddies of the Quebec government.

SNC is 19.9-per-cent owned by the Caisse de dépôt de placement du Québec. It also has acted as its banker. In 2017, the Caisse pumped $1.9-billion of debt and equity into SNC to help fund its $3.5-billion acquisition of the British engineering consultancy WS Atkins. The investment came with an investor rights agreement that, among other things, allows the Caisse to insist that SNC keep its head office in Montreal and allow it to have a say on a new chairman. The Caisse and SNC are also partners in Montreal’s REM light-rail project.

For its part, Quebec has gone a long way to keep Bombardier alive after its C Series jet (now known as the A220 since Airbus took it over) invested $1.3-billion into the project in 2016. Author and subsidy tracker Mark Milke calculated that Bombardier has probably received $4.1-billion in Quebec and federal aid over the past 50 years.

There’s nothing unusual, and a lot admirable, about governments protecting their big, home-grown corporate stars. These companies provide high-quality jobs and international prestige, engage in research and development and generate spin-off jobs, creating an ecosystem. But the government largesse can also weaken these companies over the long term. They can get lazy, knowing that governments will supply them a steady stream of contracts and financial assistance and even shield them from takeovers. In December, Quebec Premier François Legault said the government, the Caisse and other big investors could team up to take a “blocking” stake in SNC if foreign company were to go after it. At the same time, it’s difficult to imagine that Quebec would allow Bombardier to disappear from home soil.

Companies that often bid on government contracts, as SNC and Bombardier do, can expose themselves to danger. Some governments lack robust and transparent tendering systems. They can be lousy at cost control, because the link between the government and the cash it spends is not direct – it’s taxpayers’ money that can be easily sloshed around without fear of strict accountability. In other words, the ability for both sides – government and the supplier – to get into trouble is ample. This is a problem for governments and contractors pretty much everywhere.

The worst may be over for Bombardier. Now that the C Series jet is not bleeding Bombardier dry, it can focus on regional and private jets and trains. SNC is still wandering around blindfolded, not knowing yet whether it can avoid a potentially fatal criminal trial. The bigger question, though, is whether their futures will fundamentally change over the long term. Both are coddled by the Quebec government and both operate in the mucky and often opaque world of government contracts. Those realities can make them tricky investments.

Editor’s note: An earlier version of this story said SNC is 15-per-cent owned by the Caisse de dépôt de placement du Québec. In fact, the Caisse's stake is 19.9 per cent. A link has been added to Mark Milke’s study. 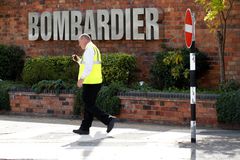 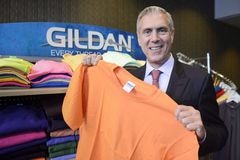