Pierre Karl Péladeau
Contributed to The Globe and Mail
Published May 20, 2021 Updated May 20, 2021
Comments
Text Size
Please log in to listen to this story. Also available in French and Mandarin. Log In Create Free Account

On March 15, Rogers Communications Inc. and Shaw Communications Inc. announced they had reached an agreement for Rogers to acquire Shaw. This blockbuster transaction has understandably generated a considerable amount of media attention and commentary. Much of this commentary has focused on the potential impact of the deal on the Canadian telecommunications landscape and has been very much to the point.

Certain commentators, however, have seized upon this transaction as evidence that Canadian telecommunications policy has failed. In their view, if Shaw cannot make a play as an independent competitor, particularly in wireless, then all hope is lost. We may as well throw in the towel to the Big Three national wireless carriers (BCE Inc.’s Bell Canada, Telus Corp. and Rogers).

I refuse to endorse this pessimism.

Clearly, Shaw’s readiness to combine with Rogers is motivated by a series of factors. There are important synergies to be had in merging cable operations, and Shaw’s fibre footprint has evident value for Rogers in wireless. Rogers is willing to pay a substantial premium for these assets and the Shaw family has made the strategic decision that now is the right time to sell. To suggest, however, that this transaction was motivated by a lack of faith at Shaw in the four-player wireless model simply does not stand up to scrutiny.

Bill C-10 will not save Canada’s dying private broadcasters

As recently as November, 2020, in a submission regarding an eventual auction of spectrum in the 3,800 MHz band, Shaw made the case that investments by facilities-based disruptors such as itself are “driving unprecedented progress toward sustainable competition in the Canadian wireless market.”

Including a new entrant set aside as part of the auction, Shaw argued, “will provide significant benefits for Canadians in the form of lower prices and more valuable services. In contrast, the Big Three argue for policies that would enable them to capitalize upon 5G to preserve and extend their joint dominance.”

This view, by the way, is far from an isolated one. In a 2019 study published as part of the Canadian Radio-television and Telecommunications Commission’s review of wireless services, the Competition Bureau concluded that where the Big Three face an effective facilities-based wireless disruptor, prices are generally 35 per cent to 40 per cent lower than in other parts of Canada.

Quebeckers, of course, have known this effect for years. Ever since launching its own wireless network in 2010, Quebecor Inc.’s Videotron Ltd. has forced the Big Three to be much more responsive to Quebec consumers. The result has been a virtuous cycle of consumer benefits, with Quebec being the first and only province to meet the federal government’s targeted 25-per-cent price reduction for most of the specified wireless plans.

In recent months, thanks to substantial investments by Shaw in its Freedom Mobile subsidiary, consumers in Ontario, Alberta and British Columbia have also begun to reap similar benefits.

What the naysayers seem to have missed is that none of this happened by accident. Since 2007, successive federal governments have maintained a coherent, three-pronged wireless policy framework consisting of spectrum set-asides, mandatory roaming and mandatory tower-sharing. It is precisely these conditions that have enabled Quebecor, through Videotron, to purchase spectrum at auction, to add $2.7-billion in incremental infrastructure investments and, ultimately, to break the wireless cartel.

In short, Canada’s four-player wireless policy has produced undeniable benefits for Canadian consumers, first in Quebec and increasingly across the country. Shaw may have decided for its own commercial and family reasons that it no longer wants to be a driver of this policy. That is Shaw’s prerogative. But it is absolutely no reason to reject the policy itself.

Innovation, Science and Economic Development Canada and the Competition Bureau now face their most important wireless policy decision since 2007. To allow Freedom Mobile to be absorbed into Rogers would be the death knell of facilities-based competition in much of Canada. A substantial majority of the country’s population would be left to the whim of a three-player oligopoly that has shown itself to be willing and able to use its market power to harm consumers.

There is, however, a way forward. As a condition for concluding its acquisition of Shaw, Rogers must be directed to fully divest itself of the wireless assets of Freedom Mobile. This divestiture must be accompanied by renewed and reinforced commitments related to pro-competitive auction rules, mandatory roaming, mandatory tower sharing and competitive access to wireline backhaul facilities.

Quebecor, for one, will be taking a serious look at the opportunities that emerge from such a divestiture. We know that the next great wave of wireless investment and innovation is happening now. With the right conditions in place, we can make it work for all Canadian consumers.

Pierre Karl Péladeau is president and CEO of Quebecor Inc. 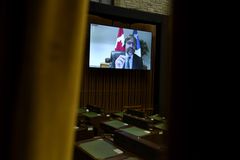 Bloc Québécois offers to work with Liberals to shut down debate, pass bill C-10 before summer
May 17, 2021 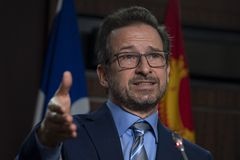 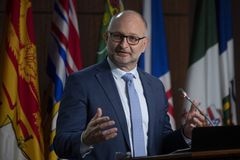