Populist governments have been democratically elected the past few years in a number of jurisdictions in Europe and North America. The politicians leading these governments usually have campaigned on an economic agenda that looks attractive to segments of the population, especially those who feel slighted by so-called “elites.” But the economic policies that emerge from a populist government are likely to have negative consequences for many voters and businesses – including those that may initially be supporters.

Our scan of populist economic agendas reveals many similar features. The agenda usually starts with criticism of existing government expenditures – both for the level of spending and who is getting the benefit of public dollars. Tax reductions are promised for the average citizen – and for businesses. All things considered, most of us would welcome paying lower taxes. However, detailed offsetting spending cuts are seldom identified beyond a generalized commitment to reduce waste in government. Spending increases might even be proposed to appeal to segments of the political base. Reducing tax revenue without a comparable pullback in public spending can mean continuing or rising deficits, higher public debt and interest payments that steadily absorb a larger share of overall spending.

Tax cuts are sold to voters as the secret ingredient to send economic growth soaring, leading to equivalent or even greater government revenue and keeping budgets under control.

It is an argument comparable to the Laffer curve concept floated in the 1980s during the Reagan administration, when the U.S. budget deficit exploded. A more realistic economic outcome from populist tax cuts is a modest short-term bump, as we are seeing in the United States today – but with higher future deficits and debt, and little sustained improvement to the jurisdiction’s growth potential.

Populist leaders try to further their appeal by promising to lower prices on consumer products that are generally determined by markets, such as energy. Reducing prices by directly intervening in the market would cause distortions – and may even lead to shortages if producers respond by curtailing supply. Reducing taxes on these products could reduce the end price but would also require offsetting revenue, further cuts in spending or higher deficits.

A call to reduce government regulations is often a complement to populist fiscal policy. Populist governments assert that regulation is strangling business and putting restrictions on individual freedoms. Climate change is an example of an issue in which contradictions emerge in populist economic policy. As the Trump administration is demonstrating, the rising negative effects and economic costs of climate change can be ignored. Yet, most governments in Canada and Europe recognize the importance of policies to reduce greenhouse gas emissions. And a populist government has limited core policy options: to put a price on carbon, implement widespread and detailed regulations on business and consumers, and/or offer subsidies. Interventionist regulations and subsidies may prove to be more complicated, inefficient and costly than pricing carbon.

Another marker of populist economics is a preference for so-called managed or fair trade. Under this narrative, trade deficits are a sign of national weakness, so governments seek to block as many imports as possible while encouraging exports. Populist governments are often suspicious of free-trade agreements, and ready to introduce barriers such as tariffs and negotiated trade levels to try to benefit domestic industries. They focus on trade in traditional manufactured goods and pay little heed to economic integration, global value chains or services trade.

The Trump administration offers the most prominent example of a populist protectionist trade agenda. But Italy’s new populist government is balking at ratifying the Comprehensive Economic and Trade Agreement because of concerns about lack of protection for Italian specialty foods.

The likely consequences of protectionist trade policy in the short term are tariff-driven price increases for U.S. consumers and businesses, and countertariffs from trade partners that will frustrate U.S. exporters’ access to other markets. In the months to come, we expect to read stories of exporters in both Canada and the United States losing market access, leading to job losses and firms in distress. Economies will lose efficiency and the competitiveness gains that result from trade. An all-out trade war cannot be ruled out, one that would impair global economic growth.

What is the expected impact of a populist economic agenda? The details will change from case to case, but we expect a similar pattern to how things will unfold. Individual voters will likely warm to personal tax cuts, but these could be offset by higher prices for consumer goods as a result of tariffs on imports, as well as the prospect of eventual reductions in public spending. Financial markets and individual businesses might be initially enthused by lower taxes, but can become skittish as the effects and consequences of populist trade and economic policies become more evident. And we know that skittishness and uncertainty are not good for long-term investment or growth. 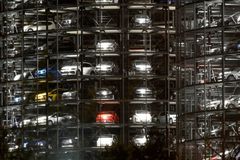 Opinion
What Canadian boards can learn from the Ontario election
July 3, 2018 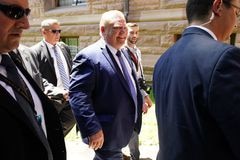 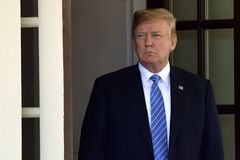