In the past decade, Canada’s provincially owned hydroelectric utilities have sold gullible politicians on more than $50-billion in unnecessary dam and transmission projects.

From the Muskrat Falls project in Newfoundland and Labrador to the Keeyask dam in Manitoba and the Romaine River development in Quebec, the Canadian landscape is now blighted by big hydro projects that would never have seen the light of day had they been subject to independent and transparent analysis.

Residential and industrial customers now face sharply higher electricity rates as these projects come onstream. Instead of the juicy export profits that their backers promised, these projects face production costs that are significantly higher than the price their energy can fetch in a U.S. market awash in cheap gas-fired, solar and wind power.

This situation was entirely foreseeable when these projects were approved by premiers touting jobs and economic development. Unfortunately, it is too late to turn back the clock. All three projects are nearing completion.

There is still time, however, to pull the plug on British Columbia’s Site C hydro project before it ends up joining this trio of white elephants.

Both the incumbent New Democrats and opposition Liberals have avoided talking about Site C in the runup to Saturday’s provincial election. That is not surprising. Both parties are complicit in pushing ahead with a development experts warned was far too risky.

The Liberals gave the green light to Site C when they were in government in 2014 and the minority NDP government decided to forge ahead with the project in 2017. Since then the projected cost of Site C has continued to rise – to about $11-billion – while consumer demand and export prices have continued to fall.

Hence, the 1,100-megawatt project was already headed for trouble before BC Hydro disclosed in July that geotechnical risks that had been played down during the project’s approval phase had come back to haunt the utility. The foundation reinforcements required to fix the problem could cost upward of $2-billion and delay completion by a year or more. The final cost could total more than $13-billion.

This further undermines the already shaky economics of Site C, which will leave B.C. with huge electricity surpluses for decades to come. BC Hydro will likely be forced to liquidate these surpluses on the U.S. spot market at a fraction of the cost of production.

Export prices have plummeted by more than half since 2014 because of an abundance of natural gas south of the border and the rapidly falling costs for solar and wind power. In 2019, Canadian electricity exports fetched an average price of $40.70 a megawatt hour, compared with $87.23 a MWh in 2014, according to Canada Energy Regulator data.

As a result, net electricity exports fell to $1.9-billion last year from $2.8-billion in 2014. Hydro-Québec accounted for the bulk of those sales, owing to its vast reserves from older dams in Quebec and the 46-year-old Churchill Falls project in Labrador.

Site C has seen its production costs follow a steep upward slope since the project was first approved. Those costs are now expected to exceed $120 a MWh, according to some estimates. Given the environmental costs involved in damming and diverting the Peace River in Northern B.C. and geotechnical problems that threaten the project’s stability, the case for proceeding with Site C has simply become untenable.

Yes, halting construction on Site C would still leave B.C. taxpayers on the hook for several billion dollars in sunk costs, without any electricity to show for it. But killing the project remains the least costly option facing the province. Borrowing billions more to complete the project would make an already bad situation worse.

Pulling the plug on Site C would take political courage. But whoever wins Saturday’s election can no longer ignore the evidence. This project is headed in the wrong direction and there is no reasonable prospect of turning it around.

The inquiry into Muskrat Falls led by Newfoundland Supreme Court Justice Richard LeBlanc should serve as a warning to B.C. politicians still defending Site C. It concluded that successive Newfoundland governments failed in their “duty to ensure that the best interests of the province’s residents were safeguarded” and improperly placed their “faith and trust” in Nalcor, the provincial Crown corporation overseeing Muskrat Falls. Nalcor, the report added, “exploited this trust by frequently concealing information about the project’s costs, schedule and risks.”

The same story appears to be unfolding at Site C. The next B.C. government has one last chance to avoid an equally disastrous ending. 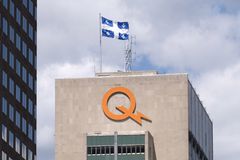