It is the burden of smallish countries such as Canada that they’re forever at the mercy of larger powers.

Take the “Phase 1” trade deal slated to be signed this week in Washington by the United States and China, the world’s two largest economies.

This agreement is bad news for Canada, and we can’t do a thing about it.

The details of the pending agreement are still murky. But U.S. officials say Beijing has agreed to boost purchases of U.S. goods and services by as much as US$200-billion within two years, including tens of billions worth of farm products. U.S. President Donald Trump has called it a “very large and comprehensive” deal.

Despite Mr. Trump’s bravado, it’s unclear the two countries can live up to their ambitious commitments. And experts say the deal may well violate World Trade Organization rules.

“Despite the spin from the U.S. administration, there’s lots to suggest that the Phase 1 deal is more of a truce than a meaningful settlement of anything,” says trade lawyer Matthew Kronby, partner at Borden Ladner Gervais in Toronto.

Here’s the problem: Whatever China commits to buying from the U.S. will inevitably come at the expense of other exporting countries. In farm products, Canada is among the countries most at risk of losing market share, along with Australia, New Zealand, Brazil and Argentina.

For Canada, some of the exports that could suffer include frozen pork, beef, soybeans, canola oil, lentils, beans, wheat, coal and seafood.

China has already imposed significant restrictions on imports of Canadian canola, pork and other products – an apparent act of retaliation for Canada’s arrest of Huawei executive Meng Wanzhou on a U.S. extradition request.

Even if Ms. Meng’s case gets resolved soon, the China-U.S. deal will make it very difficult for Canadian exporters to regain what they’ve lost in China.

Perhaps more worrying, the U.S. is snubbing the WTO by demanding exclusive purchasing commitments from China in exchange for suspending further tariff increases. The arbiter of global trade frowns on countries offering exclusive market access to one trading partner and not others – outside of a formal free-trade agreement. The “most favoured nation” rule – a foundational principle of the WTO – requires equal treatment of all countries.

“It’s very concerning that this kind of trade deal is being done,” says John Weekes, a former top Canadian trade negotiator and WTO ambassador. “It really undermines the WTO.”

The U.S. might not care about defying the WTO. But lately, China has cast itself as the defender of the multilateral trading system, Mr. Kronby points out. Agreeing to legally questionable purchases smacks of hypocrisy.

Worse, this kind of managed trade makes us all poorer.

Think of a world in which one country specializes in growing wheat, another focuses on livestock, while a third one mills grain into flour. The result is a thriving arrangement in which all three generate surplus income by concentrating on what they do best, buying what they don’t make themselves.

But if the wheat producer strikes a deal to sell its grain exclusively to the milling country, the livestock producer would have to build its own mills and convert grazing fields to growing wheat. All three countries are worse off as a result.

So while global investors may be breathing easier now that the U.S. and China are calling a truce, it’s a sugar rush that can’t last. The global economy will be weaker and less resilient as a direct result of this deal.

And the damage of the U.S.-China trade war hasn’t been undone. Most of the higher tariffs imposed by the U.S. and China remain in place, raising the cost of global trade. The deal leaves the average U.S. tariff on Chinese goods at 16 per cent, compared with a level of 3 per cent before the trade war.

The two sides have also put off resolution of their most intractable differences, including disputes over cybersecurity, technology theft and subsidization of Chinese state-run companies. The prospect of moving beyond Phase 1 before the U.S. election in November appears unlikely.

And so it goes, as Canada and other countries continue to suffer the fallout of Mr. Trump’s noxious America First trade agenda. 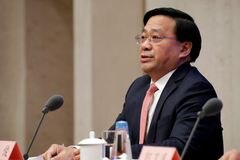 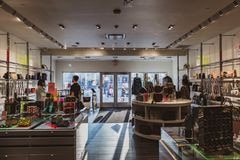