Michael Geist holds the Canada Research Chair in Internet and E-commerce Law at the University of Ottawa’s faculty of law. He recently appeared before the federal government’s international trade and industry and science and technology committees to discuss the digital implications of the United States-Mexico-Canada Agreement on trade.

As Parliament continues its review of legislation designed to implement the United States-Mexico-Canada Agreement, the issue that has sparked the greatest surprise arises from a provision frequently promoted as a “win” during the negotiations.

The inclusion of a cultural exemption was viewed as an important policy objective for the government, with Prime Minister Justin Trudeau insisting “defending that cultural exemption is something fundamental to Canadians.” The USMCA does, indeed, feature a broad cultural exemption that covers a wide range of sectors. The exemption means that commitments such as equal treatment for U.S., Mexican and Canadian companies may be limited within the cultural sector.

Yet the cultural exemption did not come without a cost. The government rarely mentions it, but the agreement also includes a culture “poison pill” designed to discourage use of the exemption. It grants the U.S. the right to levy retaliatory measures of “equivalent commercial effect” in response to Canadian policies that would otherwise violate USMCA if not for the exemption.

Since the provision does not limit retaliation to the cultural sector, the U.S. can be expected to target sensitive areas of the Canadian economy such as the dairy or steel sectors. This was the U.S. strategy last year when responding to a French plan to levy a new digital tax, which led to threats to impose US$2.4-billion in tariffs against French goods such as wine, cheese and handbags.

The poison pill has existed for many years in Canada-U.S. agreements, but two things have changed in the current environment. First, the introduction of a digital trade chapter significantly expands the scope of the deal, introducing new rules on privacy, e-commerce and digital services. Given the prospect of treating Canadian and U.S. cultural digital services differently, the likelihood of triggering retaliatory measures under USMCA is far greater.

Second, the recent broadcasting and telecommunications legislative review panel report – called the Yale Report – contains many recommendations on regulating the internet and online news services, such as news aggregators, that would open the door to tariff retaliation. The report’s recommendations have yet to be adopted, but Canadian Heritage Minister Steven Guilbeault has indicated he hopes to respond with legislation within months.

Should the government adopt the broadcast panel recommendations on content, the U.S. would have a strong case for permitting retaliation with measures of equivalent commercial effect. Panel proposals that may violate the new trade agreement include requirements to pay levies to fund Canadian content without full access to the same funding mechanisms enjoyed by Canadian firms, licensing requirements for internet services that may violate USMCA standards and discoverability requirements that limit the manner that information is conveyed on websites and services.

The likely U.S. reaction should come as little surprise given how Canada would react if Canadian digital services were required to fund broadband initiatives in Montana, support local newspapers in Alabama or fund the creation of television programs in Kentucky.

Canada has already backed away from plans to impose a digital tax on technology companies, recognizing that such a move would invite U.S. retaliation.

If the government moves ahead with panel recommendations that would subject internet services and sites around the world to millions in compliance fees, taxes and levies, there is every reason to believe that the cost would ultimately be borne by Canadian consumers and businesses, who would face the prospect of tariff retaliation because of a culture poison pill that Canada itself agreed to in the USMCA. 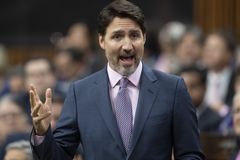 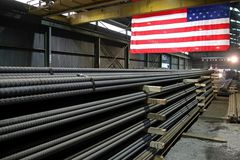 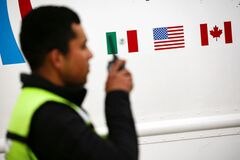