The transition to a low-carbon energy future is well under way. But it will still take years to come to fruition. Meanwhile, an oil boom seems likely. For Canada, this is a golden opportunity to transform our energy sector, become a leader in clean energy and strengthen our economy. It won’t be easy. But the time to get started is now.

The past few years have not been good for the oil and gas sector in Canada. Prices fell and stayed low. Investment capital dried up, regulatory burdens increased, environmental criticism of oil and gas grew more powerful, pipelines proved difficult to construct and the global COVID-19 pandemic deflated demand. That is a lot to deal with in a short period of time.

But things are changing. Developed economies are coming back to life. Projected annualized growth in the United States has reached an unheard-of 7 per cent. Oil prices have rebounded – they are now more than US$70 a barrel, driving up the Canadian dollar. Financial traders are excited about a potential prolonged boom in oil prices. Stock prices of oil and gas companies are increasing. The oil cycle is starting to climb up.

It will take time for any boom to materialize, of course. There’s still production slack in the system. Oil output in Canada hovers steadily around four million barrels per day. But U.S. production is down two million barrels a day from 2019 levels, and Saudi Arabia has taken several million off the market to try to bolster prices. Other countries have also cut production.

Yet analysts argue that rebounding global growth will soon push demand back to – and even beyond – prepandemic levels. That surge, compounded with a recent lack of investment in the oil sector, might set the stage for a demand crunch and a significant price rise.

Elevated demand might last a while. The International Energy Agency recently issued a pathway for the world to follow to reach net-zero carbon emissions by 2050. That path is unlikely to be followed. What it demands from governments and consumers belies all historical experience about what they can or will do. In most realistic scenarios, oil demand will likely peak in the next two decades before declining.

The world will likely need more oil as we emerge out of the pandemic. Countries that produce that oil will reap the high economic returns. This includes Canada, the fifth-largest producer of oil and gas in the world. How should Canada respond if the anticipated boom happens?

For starters, oil producers should learn well the lessons taught over the past decade. They need to continue improving their environmental, social and governance performance. Such efforts differentiate Canadian producers, enhance their social licence to operate, buy investor credibility and keep Canadian businesses meeting societal demands that will not go away.

Capital providers can reinforce this trend in their investment decisions. Some investors now shun petroleum because of environmental concerns. Low oil prices and poor investor returns over the past six years have made that a mostly painless decision. Yet, as prices and potential returns go up, foregoing oil investments completely will be harder.

Discerning investment choice will reward, complement and motivate enhanced ESG performance that will give the Canadian oil sector an advantage over those in other producing countries that may care less about such issues.

Next, we need the federal government and provinces to work constructively together on energy relations. Ottawa has taken some initial steps. The recent budget invests in carbon sequestration technologies, and one of the few pipelines actually being built is owned by the federal government.

Yet, for Alberta, this seems too little, too late after eight years of suffering. Canada’s equalization payments system needs overhauling, and more effort could be put into developing energy infrastructure projects that move Canada’s oil to its coasts.

What else? Canada must cultivate a positive but realistic energy relationship with the United States. The U.S. still absorbs over 90 per cent of Canada’s oil exports. That is too much customer concentration.

Moreover, the U.S. is not always friendly to Canadian energy interests. If proof was needed, the Governor of Michigan’s attempt to shut down Enbridge Inc.’s Line 5 (currently working its way through the U.S. courts) demonstrates how Canadian energy sovereignty can be put at risk by U.S. political decisions. We need the independence that alternate export routes provide.

Preparing now to save more of that money might be easier than trying to do so when oil prices rise. Moreover, if Alberta wants long-term economic diversification and a stronger bargaining position within the Canadian federation, having significant saved energy revenue in the bank might help.

Positioning Canada now for the next oil boom will reap dividends. The opportunity should be seized. There likely will not be many more. 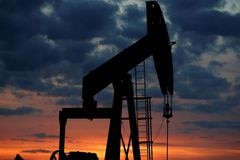 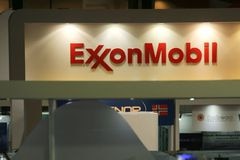 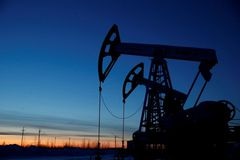