Bernard Hoekman is a professor at the European University Institute in Florence, Italy, and leader of a Bertelsmann Stiftung project on World Trade Organization reform.

Robert Wolfe is a professor emeritus of policy studies at Queen’s University in Kingston.

The World Trade Organization’s appellate body went into hibernation last week when two members reached the end of their term and the Trump administration continued to block a process to appoint successors.

The United States is not alone in its concerns about the appellate body, which hears appeals from reports issued by panels in disputes brought by WTO members. But the current impasse does not signal the end of the WTO, or even its ability to settle disagreements, let alone its role in conflict management.

Having a second-instance appeal body is an important feature of the WTO system, but it is the small tip of a large pyramid. The rule of law in trade does not only mean rule by adjudication.

The real effect of WTO law in reducing uncertainty is seen in the actions of the millions of traders and thousands of government officials whose work is shaped not by the threat of dispute settlement but by their understanding of the rules set by the WTO. Officials need to keep each other informed about implementation of those rules, and they do in thousands of so-called notifications through the WTO every year.

Those officials need to be able to talk to each other about the implementation and interpretation of the rules, which they do in dozens of committee meetings every year on everything from customs valuation through farm trade to intellectual property.

In those meetings, they often raise trade concerns on behalf of their companies. Most often those concerns are addressed by their trading partners. A relative handful cannot be resolved this way and are raised as formal disputes. And of those, a smaller number still are appealed.

For example, in the technical barriers to trade committee (standards and regulations) from the start of the WTO in 1995 until the end of 2018, there were around 34,000 notifications, 580 concerns raised in the committee and just six disputes that ended with an appellate body report.

The system works, but reform of WTO working practices is needed. The notification system works in some areas, such as technical barriers, but needs improvement in others, such as subsidies.

The WTO ought to be the world’s repository of trade intelligence, but it desperately needs an integrated database of all trade concerns across all committees, including all concerns raised and answers provided. And the biannual trade monitoring reports could be stronger, including better coverage of services restrictions and general economic support.

The rules themselves need constant attention. Members must make progress at the June ministerial meeting in Kazakhstan on the existing agenda, including e-commerce, domestic regulation in services, fisheries subsidies and domestic support in agriculture.

Further revitalizing the rule-making function of the WTO is mostly a regulatory agenda: co-operating on measures that affect the operation of markets and competition.

Members of the WTO need to rethink the overall approach to subsidies, and not just because of China. Market-oriented economies have common problems, but they also have fundamental differences from “co-ordinated” economies.

What will be needed is agreement on rules of the road that have strong economic policy foundations based on how subsidies in one country affect economic actors in other countries, while accepting that attempting to force domestic policy changes on large economies will fail.

The first step is to launch a process to identify and assess the use of competition-distorting policies, and to provide a forum in which to discuss the results and spillover effects of specific policies on investment decisions and trade.

Whatever the normative case for stronger multilateral rules on industrial policies, more information and analysis on applied policies are needed to inform domestic policy processes. The key countries with a strong stake – the European Union nations, China and United States – should invest the political capital and financing to support the effort. Agreement among all 164 WTO members is not needed – and probably not possible in any event.

The current fuss should not distract attention from the rest of what the WTO does, and valuable efforts to resolve it must not impede work on necessary reforms and addressing the biggest gaps in existing rules.

Opinion
Why Donald Trump’s neutering of the WTO is bad for everyone, even the U.S.
Subscriber content
December 15, 2019 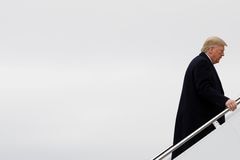 Opinion
Can the global order survive a failing WTO?
December 13, 2019 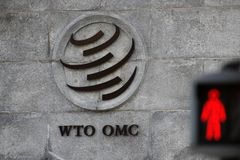 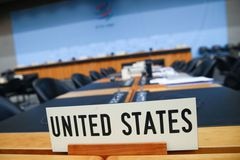