On Monday, the second annual Women in the World Canada conference will take place in Toronto. The event gives women globally a platform to share their stories and celebrates the progress we’ve made while not shying away from how much work there is left to do.

I am one of the too few women who is named an executive officer of a TSX 60 company. In fact, Thomson Reuters falls into the disappointingly low 30 per cent of companies that have a woman named executive officer and our company is one of the few that has more than one. While there are certainly moments of frustration about being a rarity in the corporate workplace, I have never felt more encouraged and supported as a professional. The past few years have been transformative for gender equality and that's worth celebrating.

Almost universally, we’ve seen a complete and utter intolerance toward attitudes and statements that suggest that inequality is permitted. The backlash to the infamous anti-diversity memo drafted by a Google engineer – that suggested boys are genetically predisposed with a greater aptitude for technology – was a signal to us all that change is coming. As a society, we are becoming increasingly intolerant to misogynistic attitudes. Hurrah!

Never before have we had a more frank, public conversation about sexual harassment in the workplace. The #MeToo and #TimesUp movements have shone a light on toxic workplaces that will hopefully have an impact on the safety and security of all work environments for all employees.

There are so many areas where progress is being made. More and more incredible women continue to step forward and fight for all of us. From the silence breakers to ground breakers such as Mary Barra of General Motors, IBM’s Ginni Rometty, Cisco Canada’s Rola Dagher and Linda Hasenfratz of Linamar, great women continue to be the role models that we all need.

Canada is among the global leaders in women’s equality. McKinsey Global Institute’s research ranked Canada in the top 10 of 95 countries based on a review of 15 equality indicators in work and society. However, progress toward gender parity has stalled over the past 20 years, and Canada must find new ways to keep pace. According to McKinsey, advancing women’s equality in Canada has the potential to add $150-billion in incremental GDP in 2026, or a 0.6-per-cent increase in annual GDP growth. Put another way, this figure is equivalent to adding a new financial services sector to the economy.

McKinsey’s study, titled Delivering Through Diversity, found that companies in the top quartile for gender diversity on their executive teams were 21 per cent more likely to experience above-average profitability.

So, if the business case is so irrefutable, why is there still so much more to do? It is a lack of commitment and leadership. At Thomson Reuters, we view gender equality as a competitive imperative because we know it will result in better ideas and innovation for our customers. For those who want to make the changes that every study shows will benefit not only society but their company’s bottom line here is my advice:

1. Leadership: Gender equality must be driven by the C-Suite. Diversity and inclusion must be a top priority of the executive team and the board of directors.

2. Targets: Set targets, track performance and report on them publicly. At Thomson Reuters, our CEO Jim Smith has committed to having a minimum of 40 per cent women in senior leadership roles globally by 2020. This is a target, not a quota.

3. Consequences: People managers must be held accountable for achieving targets, filling the pipeline and ensuring there is limited talent leakage. Diverse teams need to be the expectation, not the exception. Managers who are not leading in this area must be examined to determine if they are they part of the solution, or part of the problem.

4. Inclusion: Attracting diverse candidates means nothing in the long run if they don’t stay. In addition to diversity, a focus on inclusion is imperative. Companies need to develop a culture that supports and cultivates diverse talent. This means implementing programs that help women and other diverse talent not only stay but thrive in the work force.

5. Partnerships: Work with industry partners and governments to solve talent-pipeline issues. We all have a stake in creating a thriving diverse ecosystem.

As we celebrate the progress of women, we need to set our sights on our next challenges. Yes, we will need to do more and yes it has been tough, slow going and yes, too many women have had to endure unspeakable circumstances and injustices – but we have made real progress and that deserves recognition. At the end of the day, it’s all about progress.

Along with The Globe and Mail, Thomson Reuters is a sponsor of Women in the World. 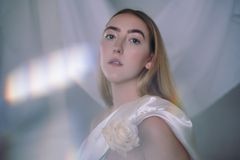 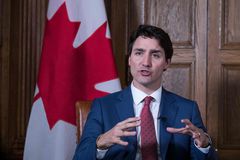