Canada’s path to a full economic recovery – the one Ottawa is laying out – would look an awful lot smoother with Joe Biden in the White House.

The road would be bumpy and unpredictable with Donald Trump re-elected, but at least after four years adapting to that, there’s a bit of a devil-you-know comfort.

We could deal with it.

Instead, we woke up Wednesday morning to gaze across the border at a whole new chaos. We may have many similar mornings ahead of us. Many, many mornings.

While the election’s complex county-by-county and state-by-state arithmetic as I write this points to a narrow Biden victory, it also looks increasingly certain that the closely contested results will be challenged all the way to the Supreme Court. The results feel about as stable as a rowboat in a tsunami – and about as easy on the stomach.

But regardless of your political stripe, it’s hard to deny that a Biden win would make life easier for Canada’s recovery from the COVID-19 economic crisis, particularly given the policies that Justin Trudeau’s government has signalled it will pursue in its recovery plan – focusing on green initiatives, technology innovation and infrastructure.

Even on a basic level, the recovery – not just here, but everywhere – would benefit from increased international co-operation and reduced trade confrontation, something a Biden administration would almost certainly offer over another four years of Mr. Trump’s protectionism and isolationism. A more open, co-operative approach to Canada-U.S. relations would mean fewer potential obstacles that could obstruct the return to growth, especially in cross-border trade – a critical element to any Canadian recovery. A Biden win would open doors for the two countries to seek agreement and co-operation on areas of shared interest – green energy, technology, cross-border infrastructure – that could serve their mutual interests and accelerate growth on both sides.

Even setting aside the potential for co-operation in those areas, Mr. Biden’s support of green policies, and his pledge to reverse a portion of Mr. Trump’s 2018 corporate tax cuts, would take significant competitive pressure off Canada as it pursues its own carbon-reduction policies. It would mean a more level playing field for businesses operating in the two countries, giving Ottawa more room to manoeuvre as it seeks a green recovery.

A Trump victory would certainly pose more challenges for Canada. We would be dealing with a volatile administration whose priorities are in many ways at odds with our government’s, and whose approach is more competitive than co-operative. We witnessed in Mr. Trump’s first term how his unique knack for unpredictability – on tariffs, on NAFTA, on China – fuelled an atmosphere of pervasive uncertainty that created a serious barrier to business investment in Canada’s export sector.

Nevertheless, with a new North American trade deal secured during Mr. Trump’s first term, the unpredictability of Canada’s critical trade relationship with the United States is much reduced in this election. Although Mr. Trump’s protectionist tendencies would almost certainly surface again and again during a global postpandemic recovery, the trade pact would afford Canada some shelter – and a more developed understanding of how to move forward in a Trump world.

Unfortunately, we won’t be assured of either outcome for some time. How much time? No one knows that, either. The election has succeeded in heaping uncertainty onto an already deeply uncertain economic landscape.

And, frankly, more uncertainty emanating from Canada’s biggest trading partner is about the worst thing we could possibly have as we try to chart a course for recovery. It poses a potentially serious impediment obstacle to restoring trade and business investment – two key elements that need to return if Canada is to sustain and expand its still-fragile recovery.

In a crisis that has forced many businesses to permanently close, the need to revive business investment and spur new-company creation is especially crucial to returning the economy to full health. Uncertainty about the policy road ahead, and the unforeseen political risks affecting your market, is always a major impediment to investment decisions. We saw that in the early years under Mr. Trump, as Canadian export businesses were put in near-paralysis by pervasive trade uncertainties. In the wake of the pandemic, the stakes are higher now, and the business mood much more fragile.

The impact on U.S. business, of course, stands to be even more severe if the country is plunged into a drawn-out legal battle for control of the White House. The potential for civil unrest also rises with each day the election outcome remains undetermined. An already weakened investment climate could become hamstrung. The spillover for Canada, in the form of impaired demand for our industrial goods, could slam the brakes on our export recovery.

The sooner this election is definitively decided, the faster the recovery can be free of these unwelcome complications. And for Canada’s sake, if the result lands in Mr. Biden’s favour, so much the better.

Opinion
A deeply divided U.S. government does not bode well for investors or the economy
Subscriber content
November 4, 2020 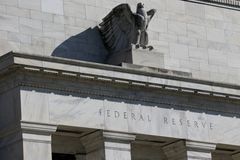 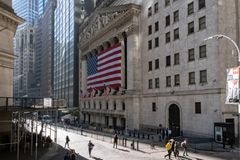 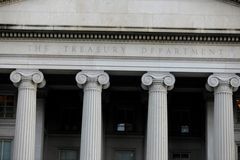