Kevin Lynch is former vice-chair of BMO and former clerk of the Privy Council. Paul Deegan is CEO of Deegan Public Strategies and former deputy executive director of the National Economic Council of the White House.

In 1944, U.S. treasury secretary Henry Morgenthau, Jr. set the tone and ambition for the Bretton Woods Conference, “We have come to recognize that the wisest and most effective way to protect our national interests is through international co-operation – that is to say, through united effort for the attainment of common goals.”

The Bretton Woods Conference led to the establishment of unique multilateral institutions to give effect to international co-ordination and create common global rules-of-the-game, regardless of national power or politics. During this extraordinary period, the International Monetary Fund (IMF) and World Bank were established, followed shortly by not only the United Nations but also the World Health Organization (WHO), and the General Agreement on Tariffs and Trade (now the World Trade Organization). The North Atlantic Treaty Organization was not far behind.

The United States showed great global leadership in crafting a liberal economic order that balanced the need for international co-operation with demands for national autonomy, and that order served the world well for decades. In addition to enabling a sustained expansion in global trade and growth, it helped to curb aggressive nationalist tendencies in parts of Europe and to push back against Soviet expansionism.

The IMF and World Bank will hold their annual meetings, virtually, Oct. 12-18 in Washington. The celebrations of their 75th anniversary will be muted. The agendas are packed with intense global problems, including the COVID-19 pandemic, the worldwide recession and uncertain recovery, climate change, deepening trade disputes, and rising inequality.

But there are three issues that are not on any formal agenda, and yet will be top of mind for all. First, what will the IMF, World Bank, WTO and other multilateral organizations look like in five years if there is another Trump administration? Second, will “Trumpism” – with its tribalism, nationalism and protectionism – outlast U.S. President Donald Trump even with a Biden administration? And third, will China move to fill the international leadership void created by American retrenchment and what might this mean for the global order?

Nationalism in the United States is nothing new, but today’s brand is nation-state populism and economic nationalism. It is exclusionary, and rhetoric about “horrible and unfair trade deals” resonates with those experiencing job loss and financial worry.

Rising nationalism is not solely an American preserve; it is on the march in China, Brazil, Turkey and Russia. It is calling into question the liberal international economic order. We are witnessing a historic decline in international co-operation in favour of asymmetrical big power relations and rules. And COVID-19 has only amplified these deepening global fissures.

While globalization creates systemic risks as well as benefits, the solution is not barriers and borders, but more effective global co-operation. The United States today does not appreciate that multilateral organizations further American as well as global interests. It seeks to refute, rather than reform, these bodies.

Not so the People’s Republic of China under President Xi Jinping. China sees the absence of U.S. leadership as an opportunity to play a greater leadership role in the Bretton Woods institutions and other global bodies, and gain increased influence and legitimacy in the process. What would multilateralism with Chinese characteristics look like? It is a question worth asking as China continues on its path to becoming the world’s largest economy and the United States continues to reject the value and leverage that international alliances and institutions can offer.

In this uncertain world, what is a middle power, trade-reliant country like Canada to do?

Depending on the outcome of the U.S. elections in November, the U.S. trend toward nationalism and protectionism may evolve, but it’s not going away. The best case, as former Canadian ambassador to the United States David MacNaughton has speculated, would be a shift in U.S. attitudes from “American First” to “North America First.” Hardly a renewed multilateralism, but it could present a Canadian opportunity to reduce trade risks and uncertainties in our bilateral relationship.

As Ian Goldin argues in his book, The Butterfly Defect, the remedy to the risks posed by globalization is more and better international co-operation, not less. Canada, which has benefited greatly from rules-based multilateralism, should play a leadership role in seeking to reform international institutions in a climate of heightened geopolitical tensions – it is in our self-interest as well as for the global good.

Such reform could be governance renewal at the WTO, where unanimity voting gives a veto to all and blocks any progress. It could be a rebalancing of quota and voting shares at the IMF and World Bank to reflect the economic rise of Asia and the potential of Africa. It could be improving pandemic early-warning systems at the WHO and insulating its expert advice from national political considerations. It could be global internet governance to avoid geopolitical battles between the United States, China and Europe leading to “splinternets.” Whatever it might be, it will take political leadership, focus, innovative ideas and sustained effort.

Three living former Canadian prime ministers know this well as they played important global roles in strengthening international institutions. Perhaps it is time for the government to re-enlist the experience of Brian Mulroney, Jean Chrétien and Paul Martin for advice on how Canada can help advance reform at the international institutions at a time when strengthened global co-operation is needed more than ever. 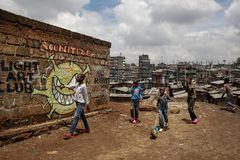 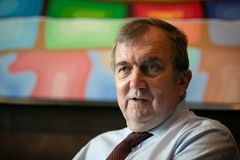 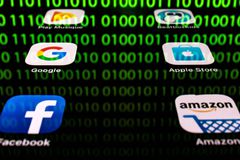