Reza Hasmath (Ph.D., Cambridge) is a full professor in political science at the University of Alberta.

Matt Fullbook is a board-effectiveness researcher and consultant, and is manager of the David and Sharon Johnston Centre for Corporate Governance Innovation at the Rotman School of Management, University of Toronto.

In an era of increased awareness about social and economic justice for underrepresented groups in corporate culture, Nasdaq’s new proposal to adopt listing rules related to board diversity and disclosure is a potential watershed moment. The rules will be the first of their kind in North America to both accurately measure, and directly address, the underrepresentation of ethno-racialized and LGBTQ individuals in the upper echelons of corporate life. It does, however, rekindle a conversation in Canada about inclusive representation and the efficacy of corporate efforts in this respect.

Nasdaq’s new rules, if approved by the U.S. Securities and Exchange Commission, will require all listed companies to publicly disclose “consistent, transparent diversity statistics regarding their board of directors.” Furthermore, all boards of listed companies will be required to have at least two diverse directors regardless of board size: one female, and another who self-identifies as part of an underrepresented ethnic minority group or as LGBTQ. Depending on the company’s listing tier, companies will have a timeframe of two to five years to meet this requirement. Those unable to do so can be subjected to delisting if their public disclosure does not adequately address their non-compliance.

Nasdaq’s proposed rules are essentially a combination of the two most common regulatory approaches to board diversity: quotas (which work) and “comply or explain” (which generally does not).

When it comes to regulating board diversity, quotas work where every other approach has failed. According to BoardEx, four of the five jurisdictions with the highest representation of women on boards have mandated quotas for listed companies. Meanwhile, the fears of overboarding, underqualified board members and voluntary delisting were at best overblown, and at worst were further demonstrations of deep-rooted unconscious and explicit biases.

In principle, a “comply or explain” regulation aims to improve behaviour by enforcing transparency. After all, who would want to disclose bad behaviour? In practice, required disclosure is often limited to boilerplate, and there is weak evidence that it leads to the adoption of new behaviour or enhanced board diversity.

For example, in the years after the Canadian Securities Administrators’ adoption of “comply or explain” rules in October, 2014, the diversification of Canadian boards has remained on the same slow trajectory as before. In fact, according to Osler’s 2020 Diversity Disclosure Practice Report, there is little to no progress in improving the diversity of the board of directors in Canadian public companies: Women hold a meagre 21.5 per cent of board seats on TSX-listed companies. Fewer than 10 per cent of TSX-listed companies have specific targets for women as executive officers.

Ultimately, the limitation of a “comply or explain” approach is that neither Canadian nor Nasdaq-listed companies are required to have diversity quotas in place.

What a “comply or explain” regulation does provide is improved access to data. This is amply demonstrated in the Canadian experience. Since Jan. 1, 2020, all publicly listed, federally incorporated companies in Canada – specifically those governed by the Business Corporations Act – are required to provide, in their annual shareholders meeting materials, disclosures about the company’s diversity policies relating to its board of directors and senior management team. Moreover, at minimum, companies are required to disclose information on the composition of the four federally designated underrepresented groups (e.g. women, Indigenous people, visible minorities and persons with disabilities).

Similarly, the true gem in Nasdaq’s proposal may be the requirement for companies to publicly disclose diversity statistics regarding their board of directors. Until now, it has been impossible to accurately measure board diversity beyond the “eye test” of scrutinizing directors’ headshots. The availability of reliable and comparable board diversity data could provide a critical missing link in the study and enforcement of diversity on boards.

Ultimately, the message for companies in North America should be that improving inclusive representation is not only the right thing to do, owing to some foundational social-justice precept, or is part of a suite of ESG principles that improves the corporate brand.

Rather, improving inclusive representation should be an urgent priority for companies – with mandatory quotas an important first step – since there is a strong association between a diverse board of directors and enhanced decision-making, or even a company’s survival. Whether through regulation or external pressure, the true diversification of corporate boards would truly be one giant step forward, without the attendant hiccups of falling backward.

Hierarchy isn’t the problem at most companies - it’s how we promote
Subscriber content
December 19, 2020 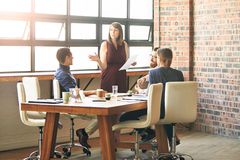 Opinion
Black entrepreneurs lack opportunity, not skills. Other businesses hold the power to change that
December 17, 2020 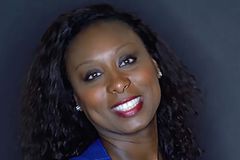