It is widely argued that the rise of extreme income and wealth inequality, combined with the stagnation of wages of the middle-class and working class, have helped fuel the rise of right-wing populism and racism around the world. Many in the political centre, and not just the left, have called for robust policy measures to help create more equal societies and to counter the perception – and reality – that the economic system is rigged against ordinary working people.

It is hard to argue that the distribution of economic resources by a “free enterprise/free market” economy is fair if ownership of wealth is highly and increasingly concentrated in a few hands, and large fortunes are passed on from generation to generation. Yet, a recent study by David Macdonald of the Canadian Centre for Policy Alternatives found that the richest 87 Canadian families now have total wealth of $259-billion, an average of almost $3-billion per family, the same as the bottom 12 million Canadians combined.

The rich countries’ think tank, the Organization for Economic Co-operation and Development, has been calling for action to build much more inclusive economies. It shows in its new report, Risks that Matter, based on a major public opinion survey, that there is widespread indignation over extreme inequality and rising insecurity. A key finding was that “respondents overwhelmingly favour taxing the rich more to support the poor” with 70 per cent of Canadians surveyed agreeing with that statement.

The federal Liberals claim to be fighting to build a stronger middle-class and to alleviate poverty, and, to be fair, they have delivered somewhat higher tax credits for struggling families with children and the working poor. But the Trudeau government has failed to close down costly tax loopholes for the rich, leaving Ottawa well short of the fiscal resources needed to finance more ambitious social and environmental programs.

In their 2015 election platform, the Liberals promised to “conduct a review of all tax expenditures to target loopholes that particularly benefit the top 1 per cent.” But they have failed to address the most important and costly tax measure that favours the rich – the special treatment of capital gains under the personal income system. Only one half of profits from the sale of financial and real assets (with the exception of exempt owner-occupied housing) are included in taxable income.

The vast majority of Canadians pay income tax based on 100 per cent of their earnings, and have few assets held outside tax-sheltered vehicles such as employer pension plans, registered retirement savings plans and tax-free savings accounts. The benefits of the partial exemption of capital gains from tax thus flow very unevenly to very rich who have accumulated the significant financial wealth that generates taxable capital gains income.

A research paper published in the Canadian Tax Journal in 2015 – titled Top-End Progressivity and Federal Tax Preferences in Canada, by Brian Murphy of Statistics Canada with Michael Veall of McMaster University and former Statscan assistant chief statistician Michael Wolfson – found that the top 1 per cent of individual taxpayers, making well in excess of $200,000 a year, receive almost all (87 per cent) of the benefit of the capital gains tax break.

The latest data show that total capital gains income before tax amounts to more than $50-billion each tax year, and that the partial inclusion loophole costs the federal government alone more than $7-billion in forgone tax revenues. The measure means that large estates can be passed from one generation to another at relatively low rates of tax. (In Canada, capital gains are deemed to be realized at the time of death in lieu of an inheritance tax.)

Ending the special treatment of capital gains would have three major effects on growing economic inequality. It would raise effective tax rates for very high income Canadians; raise sufficient new revenues to make possible a big increase in income security programs and public services that benefit the bottom 99 per cent, and would reduce large transfers of wealth between generations.

On March 29, Jagmeet Singh, the leader of the federal New Democratic Party, announced that he would campaign for an increase in the capital gains inclusion rate to 75 per cent from 50 per cent, taking it back to where it was before being boosted by Paul Martin in 2000, when he was finance minister. This is a far more significant fair tax measure than the vaguely worded changes to taxation of stock options announced by the current Minister of Finance.

Mr. Singh’s proposal has the support of many tax experts, and is modest in that it takes us only halfway to the principle of “a buck is a buck” – a catchphrase that emerged from the Royal Commission on Taxation more than half-a-century ago – such that wages and investment income should be taxed at the same rate. It should be supported by all persons who accept that we need to seriously address extreme economic inequality. 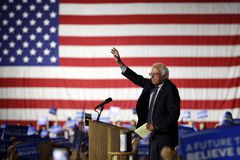 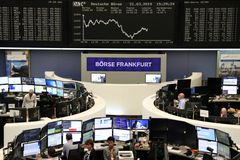 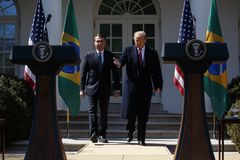