There are two kinds of shoppers in this world – coupon clippers and everybody else.

And for more than four decades, coupon clippers in Quebec have depended on printing giant Transcontinental Inc. to keep them up to scratch on specials and promotions at their local grocery, drug, furniture and electronics chains via the Publisac that the company distributes every week to more than 3.3 million households in the province.

The Publisac – a plastic bag stuffed with flyers, coupons and, usually, a free neighbourhood newspaper – is an institution in Quebec. Hundreds of thousands of households plan their weekly purchases based on its contents. Transcontinental argues it’s a lifesaver for low-income Quebec households, which can save up $1,500 a year thanks to the Publisac.

The Publisac business is also a cash cow for Transcontinental, generating higher margins than the rest of the company’s operations, which include printing most of the country’s daily newspapers, such as the Toronto Star, The Globe and Mail and several Postmedia publications.

Plenty, apparently, at least for the left-leaning Projet Montréal administration of Montreal Mayor Valérie Plante. It maintains that advertising flyers account for 11 per cent of the materials that go through municipal recycling facilities, raising the costs of collecting and sorting recyclable materials. Many environmentally conscious residents, even some with “No flyers” stickers on their mailboxes, have complained about receiving the Publisacs they don’t want. Others argue the Publisac encourages excessive consumption and causes deforestation.

A citizen initiative launched earlier this year to ban the Publisac lined up support from several environmental groups, prompting Ms. Plante’s administration to hold hearings into a potential flyer ban. Publisac proponents say the result was a foregone conclusion.

Last week, Montreal City Council’s standing committee on water, the environment, sustainable development and parks recommended a blanket ban on the distribution of advertising flyers. Under such a rule, Transcontinental would only be allowed to distribute a Publisac to residents who explicitly ask for one. The company argues that would effectively kill its business.

Transcontinental chief executive officer François Olivier called the committee’s recommendation for an “opt-in” rule on flyers “insensitive to the needs of the population, incoherent and unworkable.” And on Monday, a coalition of unions, forest products companies and weekly newspapers joined Transcontinental in calling on city council to back off.

Transcontinental does not disclose financial data on its Publisac business. But RBC Capital Markets analyst Drew McReynolds estimates that the Publisac generates about $125-million in annual revenue for the company and as much as $30-million in annual earnings before interest, taxes, depreciation and amortization (EBITDA).

In other words, it’s a nice little business. So nice, in fact, that Canada Post has increasingly sought to crash the party by heavily promoting its own flyer-delivery service.

Montreal could not force Canada Post, a federal Crown corporation, to adhere to the opt-in rule. The committee’s report, hence, recommends that the city ask Prime Minister Justin Trudeau’s government to force Canada Post to “adapt its practices.” But while Mr. Trudeau has vowed to make the environment a top priority of his minority government, money-losing Canada Post has been counting on its direct marketing and parcel delivery businesses to help offset declining revenues from its core letter delivery service.

Transcontinental recently took Mirabel, Que., to court after the municipality of 42,000 north of Montreal adopted an opt-in bylaw on advertising circulars. The company argues that the bylaw is discriminatory, since it does not apply to Canada Post, and violates the freedom of expression guarantees in the Canadian Charter of Rights and its Quebec counterpart.

Transcontinental has offered a digital version of the Publisac for more than a decade, but it insists all but a handful of consumers still prefer printed flyers.

Transcontinental’s shareholders seem to like them, too. RBC’s Mr. McReynolds attributes the 18-per-cent drop in the company’s stock price since early November in part to uncertainty over the Publisac’s fate. In a Dec. 6 report, Mr. McReynolds said the committee’s recommendation “moves the process one step closer to what could ultimately be the elimination of Publisac in Montreal, and thus we would expect further share price weakness.”

Proof the Publisac is more than worth its weight in paper to Transcontinental and Quebec coupon clippers alike. 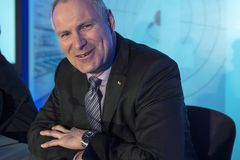 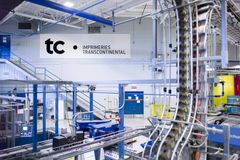 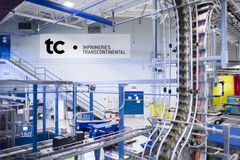