Back in 1987, the Canadian government struck a bargain with Big Pharma, agreeing to extend patent protection for brand-name prescription drugs in exchange for a commitment from multinational pharmaceutical giants to conduct more research and development here.

The move by then-prime minister Brian Mulroney’s government was controversial, pitting brand-name drug companies based in Quebec against Ontario-based generic drug makers. Mr. Mulroney was accused of favouring Quebec and caving under pressure from the U.S. administration of then-president Ronald Reagan, which had pushed for extended patent protection for American pharmaceutical companies during Canada-U.S. free-trade talks.

Still, the bargain worked in Canada’s favour – for a while. Brand-name drug companies not only agreed to spend at least 10 per cent of their Canadian revenues on R&D, creating several thousand highly skilled STEM jobs, but by the late 1990s, they also exceeded the agreed-upon target, spending almost 13 per cent of revenues on research – amounting to $800-million in 1998 alone – and Canada’s pharmaceutical industry began climbing the global ranks.

By 2018, however, R&D expenditures by brand-name drug companies had plummeted to 4.3 per cent of sales, according to data compiled by Canada’s Patented Medicine Prices Review Board, or PMPRB. When inflation is taken into account, the nearly $900-million spent on drug research in 2018 amounted to a more than 30-per-cent decline from 1998 in real terms.

Today, innovation in Canada’s life sciences sector happens less and less in the labs of foreign-based multinationals and more and more among a small number of homegrown biopharma startups, which now account for the bulk of drug research in this country.

It was against this backdrop that, in 2017, Prime Minister Justin Trudeau’s government signalled an end to the 1987 bargain by ordering the PMPRB to drop the United States and Switzerland from the list of reference countries the board uses as the benchmark for regulating patented drug prices here. Those countries have the world’s highest drug prices, so dropping them would have the effect of lowering maximum allowable prices here, leading to billions of dollars of savings for public drug plans and the Canadian taxpayers who fund them.

The main lobby group for the brand-name drug companies, Innovative Medicines Canada, or IMC, sued to stop the new rules from taking effect. It won a partial victory when the Federal Court struck down one aspect of the new rules, which would have required drug companies to disclose confidential rebates paid to provincial drug plans. Another case in Quebec Superior Court yielded a similar outcome and appeals in both cases could take months, or years.

The litigation, the pandemic and intense lobbying by IMC and its powerful U.S. counterpart, PhRMA, appear to have succeeded in getting Ottawa to at least stall its plans. The new rules have already been twice postponed and are now set to take effect on July 1. Big Pharma still appears to be hoping it can get Ottawa to scrap the new rules altogether.

The brand-name drug companies warn Ottawa’s proposed rules would discourage them from launching new medicines here. They have has also enlisted advocacy groups to put pressure on Ottawa to abandon its planned regulations, which they say could deprive Canadians suffering from rare diseases access to highly effective (but expensive) new treatments.

“These measures aren’t yet in force and we are already seeing their impact. New, potentially life-saving medicines are not being launched in Canada, clinical trials are declining, and investments in our life sciences sector are being pulled back,” IMC warned last month, just before Ottawa announced its six-month delay.

Health Minister Patty Hajdu and Procurement Minister Anita Anand have insisted that the price-review board changes were not part of the discussion when Ottawa negotiated its purchase contracts for COVID-19 vaccines with Pfizer and other multinational drug companies. But IMC did warn Ottawa in the fall that the new rules could have an “unpredictable” impact on vaccine launches here and argued for a “collaborative path forward” until the pandemic is over.

A “collaborative” approach would, however, need to involve more than Pfizer – and other companies whose COVID-19 vaccines are still in the pipeline – living up to contractual commitments to deliver their vaccines on schedule. Pfizer and other IMC members should recommit to spending at least 10 per cent of their Canadian revenues on R&D. Only then should Ottawa return to the table to discuss changes to its proposed drug price regulations.

In 2018, Pfizer spent a meagre 0.3 per cent of its Canadian sales on research here, according to PMRPB data. The same year, the latest for which figures are available, Johnson & Johnson, with which Ottawa has a contract to purchase up to 38 million doses of a pending COVID-19 vaccine, spent only 0.9 per cent of its Canadian sales on R&D. AstaZeneca, whose COVID-19 vaccine is expected to be approved soon by Health Canada, did somewhat better, spending 7.7 per cent.

The PMRPB data often differ from company-reported expenditures owing to different methodologies used to categorize and quantify research spending. But the bottom line is that the 1987 bargain has unravelled and Canada is becoming a research backwater.

For the Trudeau government, which has boasted about making STEM innovation a cornerstone of its postpandemic economic strategy, a new negotiated bargain with Big Pharma would yield a better outcome than relying on the heavy hand of drug price regulation alone. 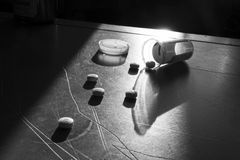 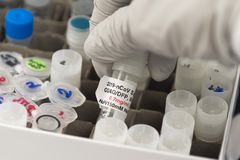 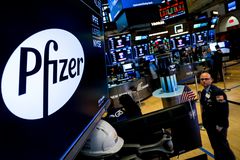