Jason Clemens and Milagros Palacios are economists at the Fraser Institute.

The federal government and several prominent economists have played down the near-term risks to federal finances. Some have actually characterized Ottawa’s financial position as basically “sound.” Such analyses are premised on questionable assumptions and ignore the country’s past experiences with perennial deficits.

It’s important to understand the current path of federal finances. The government’s prepandemic, deficit-financed, historically high levels of spending meant the deficit and debt were much larger than they would have been entering this recession had the government continued the policies of the Chrétien-Martin-Harper era.

The recession has necessitated unprecedented borrowing – both because of lower government revenues and significant emergency spending. Consequently, according to Ottawa’s latest fiscal “snapshot,” the 2020-21 deficit will reach an estimated $343.2-billion. And this doesn’t include the changes to employment insurance and the new Canada Recovery Benefit, which will add another estimated $37-billion to the deficit.

Due to Ottawa’s weaker prerecession financial position, the recession itself and our aging population (which means more demands on government spending while collecting less revenue), the federal government will not balance the budget over the next three decades. Indeed, a recent analysis found that federal debt will reach almost 70 per cent of GDP by 2050, higher than levels observed in the early 1990s, which almost led to a debt and currency crisis.

Proponents of all this spending (including the Prime Minister) point to historically low interest rates. But while interest rates are certainly at historic lows, this rationale is misleading.

First, interest costs continue as long as the debt exists. If interest rates remain at their current levels, Canadian taxpayers will spend $6.3-billion every year on interest costs for the debt accumulated just this year.

Second, and more importantly, no one can guarantee that interest rates will remain low. Indeed, most analyses to date ignore the fact that the Bank of Canada has been the near-exclusive financier for government debt since the recession began.

According to the Bank of Canada’s weekly disclosure of assets and liabilities, it held $80.3-billion worth of Government of Canada bonds and $25-billion of treasury bills as of Feb. 26, 2020, just before the pandemic and subsequent recession. The most recent data, as of Oct. 14, 2020, indicates the bank now holds $252.1-billion worth of federal government bonds and $86.7-billion of treasury bills.

In other words, the historically low interest rates are largely due to the Bank of Canada providing abundant low-cost financing to the federal government. Critically, the bank has indicated it intends to pull back some of its emergency measures. A return to normal market operations – meaning interest rates on federal debt reflecting rates required to attract investors – likely means interest rates will rise. Indeed, Fitch credit rating agency has already downgraded Canadian debt, indicating higher risk and thus higher relative interest rates.

In reality, Ottawa’s finances were already on a worrying path, which could worsen significantly if the government follows through on commitments announced in last month’s Throne Speech. Such a path will have near-term consequences, including higher interest costs that will further erode federal finances as the country looks to recover from the recession. 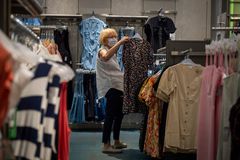 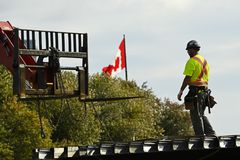