Governments around the world are announcing ambitious green-recovery plans, or visibly laying the groundwork to do so.

Germany has already launched a comprehensive emissions reduction package worth more than $60-billion, with France and other European countries sending clear signals about following suit in using stimulus spending to address climate change.

Meanwhile in Canada, a government that entered the pandemic with clean-economy transition at the heart of its mandate is unusually reticent about how it will capitalize on the biggest economic disruption since the Great Depression to advance that agenda.

Last week, on the same day that Britain’s Chancellor of the Exchequer delivered an economic update which included a commitment of more than $5-billion to decarbonize buildings, Canadian Finance Minister Bill Morneau presented his version of the same thing in the form of a “fiscal snapshot” – and declined to give Canadians much sense of his government’s long-term recovery plans, green or otherwise.

Justin Trudeau’s Liberals are unready to announce policies to try to rebuild the economy in a sustainable way. With the odd exception – such as Industry Minister Navdeep Bains recently granting an interview in which he spoke broadly about wanting to target clean-technology sectors such as electric vehicle and battery manufacturing, and Natural Resources Minister Seamus O’Regan vaguely promising a strategy to build a hydrogen industry – ministers who would be leading green-recovery planning are mostly unwilling to even discuss which options they’re considering.

Four months after the economy was shut down by COVID-19, the official line out of Ottawa is that it’s still too early to move beyond the immediate emergency and address what it could look like on the other side.

It’s a reluctance that seems bizarre from the Liberals during a hugely pivotal moment in the climate-change fight, in which governments have their last best chance to spend big on meeting emissions reduction targets before a likely period of austerity kicks in. But it has something to do with internal cabinet politics.

At the current crisis’s outset back in March, word emerged from within government that three cabinet members – Environment Minister Jonathan Wilkinson, Infrastructure Minister Catherine McKenna and Heritage Minister Steven Guilbeault, all of whom have climate-policy backgrounds – were taking an early lead in considering green-recovery policies. The idea, as expressed at the time by the Prime Minister’s Office and other corners of government, was that because those ministers weren’t dealing as much as some others with day-to-day emergency response, they could start thinking more long-term.

That message subsequently changed, in a subtle but seemingly significant way. The work of that trio, which included lots of outreach to environmental groups and other policy advocates, started being more dismissively described by officials in the PMO and the offices of more senior ministers as something for which they volunteered, with the undertone that the government’s real decision makers would turn their attention to such matters later. And ministers such as Mr. Wilkinson and Ms. McKenna, usually eager to talk publicly about climate-related policies, turned circumspect.

Based on recent conversations with members of the government and environmental groups that have been engaging with it, granted anonymity so they could speak freely without fear of reprisal, there is a difference of opinion within cabinet about how much of a climate-focused recovery plan there should be.

The common perception among those sources is that Chrystia Freeland, the powerful Deputy Prime Minister who chairs cabinet’s COVID-19 response committee, is a key figure in that dynamic. Ms. Freeland is the government’s liaison with provincial governments, many of which are likely to be skeptical about a heavy climate focus.

She is the closest Mr. Trudeau has to a minister from Alberta, which is where she grew up, and is wary of federal policies that could be seen as hostile to the fossil fuel industry. And she is said by those close to her to be less convinced than many other Liberals that climate ambition was a decisive factor in their re-election to government last year.

While Ms. Freeland is apparently lukewarm about a green tint to long-term recovery spending, Mr. Morneau’s department has been pouring cold water on the prospect of big stimulus spending in any form. Finance officials have continued to suggest, within government and to those outside it, that the economy may sufficiently rebound on its own once pandemic-related restrictions are finally lifted. And to the extent that stimulus is needed, they’ve been arguing against locking into anything yet, given this recession’s highly unusual and unpredictable nature.

The Finance Department’s caution is in keeping with its typical role within government, especially when the government has already run up a massive deficit just dealing with the pandemic’s immediate fallout. And the point about unpredictability is a totally fair one, given the unknowns around how long it will take for a return to something resembling normalcy, and which sectors will have the hardest time recovering absent public funds.

But such considerations haven’t stopped other governments that are committed to addressing climate change from, at minimum, trial-ballooning various ways to emerge from this situation with cleaner economies than their countries entered it, and in the process actively participating in a global conversation about postpandemic economic and climate policy.

With the Liberals thus far declining to do that, outside organizations have somewhat stepped into the void. At the end of June, the “clean capitalism” advocacy company Corporate Knights published an impressively detailed report calling for more than $100-billion in spending – on everything from building retrofits and transportation electrification, to decarbonizing heavy industry and upgrading power grids – that it claimed would create more than six million person-years of green employment over the next decade. Another report in a similar vein is due for release this month from the Task Force for a Resilient Recovery, a joint effort by several environmental think tanks.

So Ottawa will have plenty to draw from, if it wants to do so. But that doesn’t quite seem a substitute for the government doing the work itself. It raises the risk of decision makers latching onto others’ ideas at the last minute, without fully thinking them through, if they suddenly feel more urgency to roll out policies.

At the least, the Liberals are passing up an opportunity to engage Canadians in deciding what kind of economy they want coming out of this, to gauge their appetite for a potentially bumpy transition to something more sustainable than what existed before, to figure out how different options land when they talk about them out loud.

Mr. Trudeau once promised to be a world leader in confronting the existential challenge that will be with us long past the current health crisis. There is still time for him to make good on the best opportunity he will ever have on that front, but so far he’s acting like a follower at best. 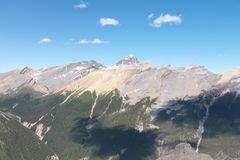 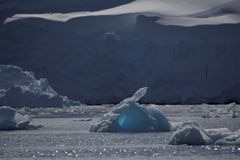 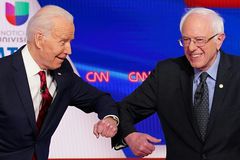 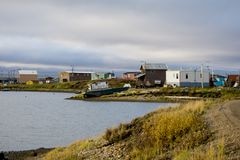 Opinion
Careful, Canada. Don’t get too smug about doing a better job fighting climate change than the U.S.
July 7, 2020 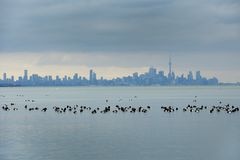