It’s imperative Canadians distinguish between convenient political rhetoric and reality when it comes to the country’s finances, particularly as we approach a potential fall election. The Trudeau government continues to promulgate three assertions that must be clarified.

First, that the government lowered personal income taxes for the middle-class. While the Trudeau government in 2016 reduced the middle-income tax rate from 22 per cent to 20.5 per cent, it simultaneously eliminated a number of tax credits such as children’s fitness, public transit and income-splitting for couples with young children. By eliminating these tax credits, the government increased personal income taxes for all Canadians who previously claimed them.

Owing to a 2016 agreement between the federal government and nine participating provincial governments, which expanded the Canada Pension Plan (CPP), 98.8 per cent of middle-income families will also experience a tax increase once the CPP reforms are fully implemented in 2025.

Simply put, the Trudeau government has increased taxes on almost every working Canadian.

Second, the Trudeau government continues to use Canada’s comparative government debt position as a rationale for more debt-financed spending. Specifically, the government notes that Canada has the lowest net debt as a share of the economy (GDP) among Group of Seven countries. Net debt is a measure of total debt minus financial assets such as cash, gold deposits and other securities held by government.

But a recent study found that alternative debt measures paint a very different picture of Canada’s government debt. For instance, if you expand the group of comparator countries to 29 industrialized countries (mainly in the OECD) rather than just the G7, Canada falls to 11th in terms of net debt as a share of the economy.

Using net debt, however, turns out to favour Canada in a way that fundamentally misrepresents our indebtedness because it includes the assets of the Canada and Quebec Pension Plans to adjust total debt when calculating net debt. Those assets are required to finance the promised benefits to current and future retirees. Therefore, it’s misleading to offset government debt with these pension assets.

This is one of the main reasons Canada’s total debt ranking is so different from its ranking on net debt. When we compare total government indebtedness as a share of the economy among 29 industrialized countries, Canada falls to 25th, with only Japan, Italy, Portugal and the United States having higher levels of indebtedness. At the very least, this complicates the federal government’s assertion that Canada is a relatively low-debt country and should raise concerns about continued debt-financed spending.

The third and final clarification relates to rates of economic growth. The Prime Minister continues to reiterate his government’s commitment to improving the economy, the inference being that Trudeau government policies –namely higher taxes, higher debt-financed spending and more regulation of the economy – have led to stronger economic growth.

But if we compare the four years before the 2020 COVID-19 recession (2016-2019) with similar periods in the past, the Trudeau government experienced the lowest annual average rates of economic growth (2.1 per cent) dating back to Brian Mulroney. Indeed, the Chrétien government (4.6 per cent), the Mulroney government (3.2 per cent) and even the Harper government (2.5 per cent) all experienced higher average growth rates.

Similar results hold if we measure changes in per-person GDP or narrower measures of income growth for households and individuals. Simply put, economic growth has been weaker during the Trudeau era compared with the previous four prime ministers.

One of the differences between being on the opposition and government benches is that the government must be held accountable for actual performance. The evidence is quite clear that the Trudeau government has increased taxes, has overseen a marked increase in government indebtedness and recorded comparatively weak economic growth. Rhetoric can’t change that reality.

Jason Clemens, Milagros Palacios and Niels Veldhuis are economists with the Fraser Institute.

Opinion
Trudeau’s government could learn lessons from the Chrétien era when it comes to economic policy – and performance
February 11, 2021 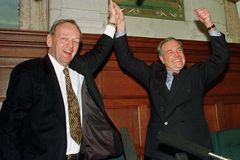 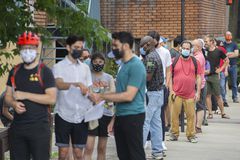