There are complicated legal questions, and facts unknown, about whether David Pecker, the CEO of National Enquirer publisher American Media Inc., violated any U.S. campaign finance laws when his tabloid elected not to publish an article about an alleged affair involving Donald Trump.

The standard for serving as a corporate director, however, should be higher than “innocent until proven guilty.” And Mr. Pecker, who serves as a board member for Canadian newspaper publisher Postmedia Inc., has fallen below that standard. Whatever value he provides in advising Postmedia on its digital transition is now overwhelmed by the stench emanating from south of the border.

American Media, we have known for some time, paid former Playboy model Karen McDougal US$150,000 in August, 2016, for the exclusive rights to any stories she might have about relationships with married men and, purportedly, for fitness articles she would write for the company’s various publications. Ms. McDougal says one married man in particular was Mr. Trump, then in the latter stages of his candidacy for the presidency of the United States.

No such story has been published in the National Enquirer, which may owe simply to Mr. Trump’s long-time friendship with Mr. Pecker. Or, as a conversation between Mr. Trump and his former lawyer, Michael Cohen, suggests, it may be because of a more co-ordinated effort to aid Mr. Trump’s campaign.

The Wall Street Journal, reporting in June on a subpoeana delivered to American Media related to the McDougal payment, said a person familiar with the investigation said phone records show Mr. Cohen and Mr. Pecker were “in frequent contact around the time of the negotiations with Ms. McDougal.”

As we say in Canada, all these allegations are unproven and yet to be tested in court. And Postmedia’s vice-president of communications, Phyllise Gelfand, said: “We don’t comment on individual board members.”

If the Pecker matter advances to that legal stage, though, expect all sorts of interesting wrangling about whether editorial coverage – or the conscious lack of it – can be construed as a campaign benefit if money is paid to sources and people affiliated with the campaign knew about it before the payment was made.

Those weeds, however, distract us from the broader issue of Mr. Pecker’s relationship with Mr. Trump and how the National Enquirer has been used to both shield him – dating back years before his political life – and cudgel his opponents. The Journal also said Mr. Pecker blocked reporting on tips on Mr. Trump in the years after the debut of The Celebrity Apprentice, when Mr. Trump became known among American Media employees as a “FOP,” or “friend of Pecker.”

Certainly, every media outlet has biases, stories it shies from or is less enthused to do. They are run by humans, whose frailties and friendships create flaws or gaps in coverage.

The pattern at the National Enquirer is a bit more than that, though. The tabloid’s very loose connection to the truth should always have been an issue complicating Mr. Pecker’s seat on the board of a media company that engaged in far more ethical journalism. Now, to see the prospect that the Enquirer could have been a political tool, wielded in conflict with U.S. election law, makes his directorship all the more untenable.

Postmedia is very proud of its transition to today’s digital world, a process to which Mr. Pecker is supposedly lending his expertise. We also know that, as a member of the board’s compensation committee, he helped create, or at least approved, the unseemly retention bonuses of 2016, with top executives receiving almost $2.3-million in bonuses to stay, even as the company continued to shed journalists.

Mr. Pecker, who sits on the board at the behest of Postmedia investor Chatham Asset Management LLC, earned $117,500 for his service in the most recent fiscal year. It is not a large amount by the standards of corporate directorships, probably not even for Mr. Pecker’s personal wealth. But for Postmedia, which is debt-laden and revenue-challenged and has eviscerated the very media properties it is trying to sell to consumers and advertisers, it is actually a meaningful sum. And for that sum, Postmedia receives an unnecessary blemish, one it would do well to scrub off. 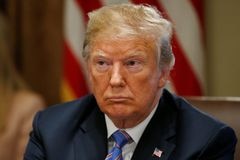 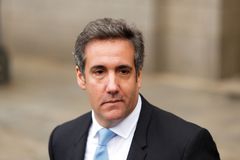