Just when you’re at a loss to list another negative trait about Donald Trump, he helps you out.

A grubby bit of POTUS behaviour that’s unnerved many is the bombast he’s hurled at the U.S. Federal Reserve. First, it was Janet Yellen, too short for the job. Now, Mr. Trump says he’s sorry he hired Jerome Powell, her replacement.

Very bad form, say those who understand the central bank requires independence from the grime of politics. It must not be pressured by politicians to alter policy, nor can it be perceived to have been pressured.

As unpalatable as Mr. Trump is, he is not the first president of the United States to try to influence the Fed. The recently published memoir of former Fed chair Paul Volcker, who slayed the inflation beast of the late seventies and early eighties by raising interest rates, points to repeated attempts at interference under more than one president.

It was only in 1951, Mr. Volcker writes, that the Fed re-established independence from the U.S. Treasury Department. Harry Truman tried to elbow the Fed into maintaining Depression-era “easy money,” Mr. Volcker says, directly pressuring the central bank. He also reports that Lyndon Johnson wanted to delay raising rates, clashing with the chairman of the day, William McChesney Martin. Richard Nixon did as well, Mr. Volcker tells us, putting Fed chair Arthur Burns “under persistent pressure from the White House.”

Mr. Volcker initially felt a chill when he received word that Mr. Reagan wanted to visit the Fed to meet the chairman shortly after the chief’s inauguration. Bad optics: No U.S. president had visited the Federal Reserve since Franklin Roosevelt had done so in 1937 for the dedication of a new building. A compromise was reached and the meeting between Mr. Reagan and Mr. Volcker took place at the Treasury Department.

In 1984, Mr. Volcker got the shivers again when he was summoned to a presidential meeting by Mr. Reagan’s then-chief of staff, James Baker (who would also be Mr. Reagan’s treasury secretary as well as secretary of state in the first Bush administration). The meeting with Mr. Reagan and Mr. Baker did not, however, take place in the Oval Office. Upon entering the library in the White House where the two men sat, Mr. Volcker noticed Mr. Reagan seemed very uncomfortable. Mr. Baker then told Mr. Volcker that Mr. Reagan was ordering the Fed chairman “not to raise interest rates before the election.” Mr. Volcker says he was stunned by this. The President was "clearly overstepping his authority,” he wrote, and reckoned the meeting was likely held in a room that lacked recording equipment. Mr. Volcker “walked out without saying a word.”

The book, Keeping At It, is written by one of the most upstanding public servants of the past century. In a world that often celebrates exorbitant compensation and heaps scorn on the public service, Mr. Volcker, along with co-author Christine Harper, writes of his work with pride.

He took a pay cut to be Fed chair, a job that paid about half of what he was making as president of the New York Fed. Aside from the money, there was a personal cost. He spent his weeks in Washington living in a sparsely furnished one-bedroom apartment while his wife stayed in New York caring for a son with cerebral palsy. She cried when her husband was reappointed to a second term.

While Mr. Trump is repugnant in countless ways, his shots at the Fed and Mr. Powell are clearly far from unprecedented. According to Mr. Volcker’s memoir, the current President appears to be in good company. 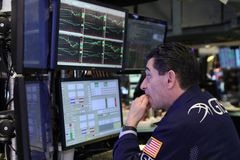 Why TD dreads a ‘Beetlejuice’ recession: The cases for and against a 2019 bust
Subscriber content
January 3, 2019

Investors are still cautiously optimistic about 2019. But here’s what could go wrong
Subscriber content
January 1, 2019 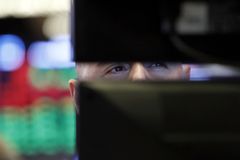