The federal government has a knack for creating regulatory uncertainty for the telecom industry.

It doesn’t matter which political party is in power; Ottawa suffers from a chronic inability to make timely decisions on pressing issues affecting companies. Political plotting often takes precedence over prudent industrial planning and the public interest falls through the cracks.

Telecoms don’t have the luxury of time as Ottawa ponders the political repercussions of that deal. 5G is already here and it is damned costly for companies of all sizes. Before players can upgrade their networks, the government and the telecom regulator must make decisions on burning issues affecting the broader industry.

Trouble is, neither politicians nor regulators are particularly adept at multitasking.

The biggest worry, of course, is that the Trudeau government will once again postpone a coming auction of radio waves that carriers need to deploy ultrafast 5G wireless services. That auction of licences for 3,500-megahertz spectrum, which is scheduled for June, was already delayed by six months because of the COVID-19 pandemic.

Now there are fears there could be a further postponement because of the transformative nature of the proposed Rogers-Shaw tie-up. Not only is the Trudeau government fretting about political fallout from that deal, Shaw has yet to clarify whether it plans to participate in the auction.

If Shaw, which is considered a new entrant carrier, sits out the bidding, incumbent players will surely pressure Ottawa to reduce the amount of spectrum that it plans to set aside for newer carriers as part of the auction process. Heaven knows how long such a reassessment might take.

Ottawa is also stalling other important decisions, including whether to ban equipment made by China’s Huawei Technologies Co. Ltd. from Canada’s 5G networks. The government’s cybersecurity review of 5G has dragged on for more than two years, leaving domestic telecoms in an awkward position.

How are incumbents and new entrants supposed to make plans if there’s still no clarity on which gear will be allowed in their 5G networks? It’s ridiculous.

Similarly, the Canadian Radio-television and Telecommunications Commission (CRTC) doesn’t yet have a date to deliver its final decision on whether it plans to force carriers, including Rogers, BCE Inc. and Telus Corp., to open their networks to wireless resellers at regulated rates.

Ideally, they should receive that clarity before the next spectrum auction. Potential new entrants deserve to know if there’s a viable path to entering the wireless market, while incumbents are entitled to make contingency plans for their respective businesses.

Similarly, both established players and independent internet service providers deserve a quick resolution to the thorny issue of wholesale rates for broadband – the home internet equivalent of MVNOs – now that the matter is back before the CRTC. (Although incumbents are already required to sell internet network access to resellers such as TekSavvy Solutions Inc., there’s a long-running dispute about the rates paid by those third-party internet service providers.)

There are other problems that Ottawa must also address so that carriers can keep their 5G costs in check. Wireless carriers, for instance, need easier and cost-effective access to municipal property such as public buildings, electrical utility poles and ducts in order to mount the required telecom gear.

Since there is lingering confusion about whether the CRTC has the full authority to decide these matters, some industry players are urging the Trudeau government to make changes to the Telecommunications Act to ensure the regulator’s primacy.

It’s not an unreasonable ask. After all, wireless carriers are expected to spend an estimated $26-billion on 5G network infrastructure, according to a forecast by Accenture.

Telecoms can’t afford to wait until legislators and regulators make up their minds on the Rogers-Shaw deal or any of these other important issues. The global industry is already looking ahead to 6G, which is expected to be widely deployed by 2030.

Ottawa must eliminate its decision-making bottleneck or risk Canada falling further behind. 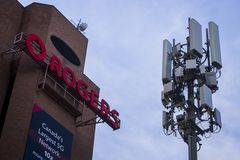 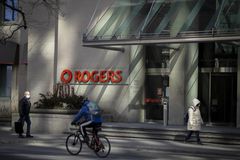 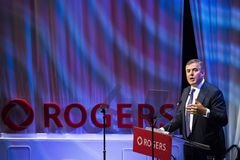