Patrick Smith is a policy analyst and Marla Orenstein is the director of the Natural Resources Centre at the Canada West Foundation.

The International Energy Agency (IEA) issued an unexpected pronouncement last week – global greenhouse gas (GHG) emissions didn’t rise in 2019, even though the world economy expanded by 2.9 per cent. This, at last, is some good news on the climate-change front.

According to the IEA, the “flatline” came from a significant decrease in emissions from advanced economies, offsetting increases elsewhere in the world. And this leads to the second interesting finding – that most of the gains came from CO2 reductions in the United States.

In 2019, U.S. greenhouse gas emissions fell by roughly 140 megatonnes – almost 3 per cent of its total. Most of this decrease resulted from a shift from coal-fired electricity toward lower-emitting sources. In particular, 2019 saw the largest yearly decline in coal-based power generation since 1975. Coal is increasingly being displaced by cheap natural gas – and in 2019, the benchmark price for gas declined roughly 45 per cent from 2018 levels.

But this should come as little surprise. Over the past two decades, the U.S. electricity sector, accounting for roughly a third of total national emissions, has changed dramatically. In 2001, coal made up half of total electrical generation, whereas natural gas contributed just 17 per cent. In contrast, in 2018, coal declined to roughly 27 per cent of total electrical generation while natural gas surged to 35 per cent. In 2017, the IEA reported that “the U.S. power sector has led the world in cutting CO2 emissions since 2008, thanks largely to natural gas.” Renewables also played a role: the combination of wind, solar and biomass increased from around 1.5 per cent to 10 per cent over the 2001 to 2018 period.

The recent declines clearly don’t stem from actions of U.S. President Donald Trump’s administration around climate change; rather, they are largely the result of market forces – cheap natural gas and declining costs from renewable energy sources. What has also helped is that U.S. electricity demand has remained flat, forcing coal to compete for existing market share. And finally, the development of new coal-fired facilities has become more costly than building alternative energy sources – particularly given uncertainty surrounding future emissions regulation in the face of growing public pressure. Moving forward, these forces are expected to bolster the trend, as coal-powered facilities experience lower utilization rates and older plants are retired.

The news from the IEA raises a number of questions. First, does this “global flatline” mean that we can all breathe a collective sigh of relief? Sadly, no. Although total worldwide GHG emissions in 2019 didn’t rise, this neutral outcome was a combination of a decrease in advanced economies offsetting an increase in the rest of the world. Moving forward, there is likely a limit to how much of a decrease from current emissions can be squeezed out, but the global appetite for energy keeps growing.

Second, what does this news mean for Canada? It doesn’t mean that we are likely to be able to achieve the same results as the U.S. – at least from the same source. Today, the majority of electricity generation in Canada already comes from renewables, sourced primarily from hydroelectricity. In fact, Canada’s use of renewables as a share of total electricity demand ranks highest among all Group of Seven countries and second in the Group of 20. As a result, reductions in domestic emissions in the future will require decreases across a variety of sectors.

But Canada does have a role to play in the global coal-to-gas story. As coal remains the largest power source internationally at more than a 38-per-cent share of the global energy mix, Canada has an opportunity to help displace coal with natural gas around the world – a benefit for our economy, and a route to help global emissions continue to drop. 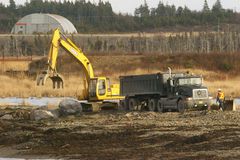 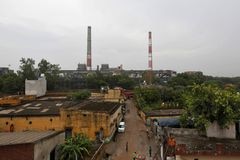 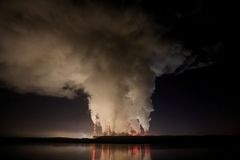