It took a whole weekend to see the very real risks that still lurk for the Keystone XL oil pipeline in its epic quest for approval in the United States.

A U.S. judge’s decision on Monday to rescind the permit for another contentious pipeline shows that even having a project up and running is no guarantee that it is immune from legal challenges. Alberta taxpayers have to keep this in mind now that they are on the hook for US$1.1-billion of Keystone XL, which faces its own battle in the courts.

On Friday, Alberta Premier Jason Kenney travelled to the small eastern Alberta town of Oyen to announce the start of construction of the Canadian portion of the pipeline and to proclaim that his government will “leave no stone unturned” in its efforts to see the project overcome its U.S. legal hurdles and get built. The push will include increasing Alberta’s lobbying and legal presence in Washington. “We will not flag. We will not relent. We will get this job done,” he said.

Albertan grit and determination may not be enough to see the US$11.5-billion project come to fruition, though. The U.S. legal system offers no end of risk and uncertainty.

Case in point: A U.S. district court judge ordered the Dakota Access pipeline shut down and emptied of its oil in 30 days. The 570,000-barrel-a-day pipeline has been in operation since 2017.

The court ruled that the U.S. Army Corps of Engineers violated the National Environmental Policy Act when it granted an easement to the operator, Energy Transfer LP, to build a segment of the line beneath a lake, saying they failed to produce an environmental impact statement that passed muster.

Like Keystone XL, Dakota Access became a flashpoint for the environmental movement as the U.S. oil industry sought to carve out a route to get crude to Illinois from the Bakken oil fields of North Dakota. Recall the camp in Standing Rock, N.D., where protesters gathered for months. Plaintiffs in the case, including the Standing Rock Sioux Tribe and Cheyenne River Sioux Tribe, who had long opposed the pipeline, hailed the court decision as a major victory.

The order is a blow to U.S. President Donald Trump, who championed the project, as he did with Keystone XL. The latter remains at the mercy of the U.S. courts, 11 years after its proponent, TC Energy Corp., first applied to build the project that would send 830,000 barrels of Alberta oil a day to the southern United States via Nebraska.

Beset by crashing oil prices, Alberta’s energy economy was looking dire at the end of March, when Mr. Kenney announced that the province was buying into Keystone XL, whose legal and regulatory setbacks practically define it. Besides the equity investment, Alberta is also guaranteeing US$4.2-billion of debt related to the 1,947-kilometre pipeline.

TC Energy chief executive officer Russ Girling said at the time that Keystone XL had all the permits it needed to start construction, and that he believed it would survive the legal challenges.

A couple weeks later, a federal judge in Montana quashed a U.S. Army Corps environmental permit for the pipeline, necessary for dredging for pipelines across bodies of water. An appeals court refused to overturn that decision. The company acknowledged the setback could add another year to the timeline, which has already included two U.S. regulatory rejections.

On Monday, the U.S. Supreme Court kept in place the ruling that blocked the permit, rejecting a bid by the Trump administration to get construction under way.

Perhaps even a bigger wild card for Keystone XL is the November presidential election. Mr. Trump has been pro-pipeline from the start, resurrecting Keystone XL as one of the first orders of business of his presidency.

Anything can happen between now and the vote, but based on today’s polling his re-election looks unlikely. His presumptive Democratic challenger, Joe Biden, has already said he intends to scrap the project’s approval in a return to more environmentally friendly policies of the Obama administration. “Stopping Keystone was the right decision then and it’s still the right decision now. In fact, it’s even more important today,” the Biden camp said in May.

If, for some reason, all the stars align for Keystone XL in the next four months, and it wins the clearances TC Energy and Alberta need to start construction in the United States, cheering would likely be premature. The Dakota Access experience shows that approval is anything but final. 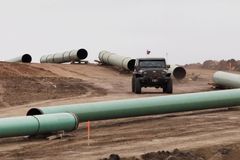 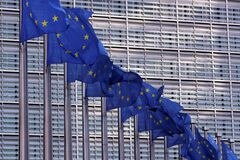 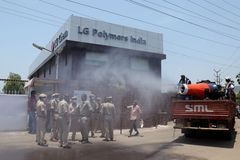