The housing market is on fire – again.

Hot spots have been popping up in Ontario, British Columbia, Quebec and the Maritimes. There is surging demand for detached and semi-detached houses in Toronto. Real estate prices are also soaring in various suburban and semi-rural regions of the country.

It seems like just yesterday that banks were handing out mortgage deferrals and allowing customers to skip loan payments to stave off a crisis. Last spring, there were fears that housing prices would crash during the pandemic. But now they’re climbing too high. Talk about whiplash.

Although the banking regulator, the Office of the Superintendent of Financial Institutions, is proposing stricter mortgage rules, it’s already obvious that more needs to be done to cool the market.

OSFI’s proposal, which involves a tougher stress test for uninsured mortgages beginning June 1, is a start. But the spring-buying season is expected to be supercharged with buyers trying to beat the clock. Worse still, some experts are already warning that a more stringent stress test won’t be enough to restrain runaway home prices.

It’s easy to see why. Not only are interest rates expected to remain low, but consumers have stockpiled an estimated $220-billion in their bank accounts. Sure, some of that cash will be eventually spent on travel and entertainment. But it will also fund down payments.

OSFI is right to set a higher bar for home buyers. Uninsured mortgages, which are for consumers with at least a 20-per-cent down payment, are particularly popular. Chartered banks, which provide the bulk of home loans, had $847.5-billion in outstanding uninsured residential mortgages in Canada during the fourth quarter of 2020.

But legislators and regulators should keep in mind that insured mortgages, loans for buyers who make a down payment of less than 20 per cent of a home’s total price, still represent a sizable chunk of the market. Chartered banks had $481.8-billion worth of outstanding insured residential mortgages at the end of last year.

Insured mortgages already have their own stress test. Perhaps it should be tightened, too. But if Ottawa is serious about curbing excess in the housing market, then it should also force banks and other lenders to shoulder their fair share of risk for insured home loans.

Specifically, it’s time for the federal government to revisit the idea that mortgage insurance, which is ultimately backstopped by taxpayers, shouldn’t give lenders blanket protection when consumers default on insured mortgages.

Under the current system, the federal government guarantees 100 per cent of Canada Mortgage and Housing Corp.’s obligations to lenders for insured mortgages. Private insurers, meanwhile, receive 90-per-cent backing from Ottawa.

That means insured mortgages are virtually risk-free for lenders because they incur only minor costs for defaulted loans. If banks and other lenders were required to bear even a modest portion of the risk for insured mortgages – say up to 10 per cent of the outstanding value of a defaulted loan – they would tighten their lending standards and prevent consumers from getting in too much debt.

Ottawa did launch a consultation on “lender risk sharing” for insured mortgages in 2016. It outlined two possible scenarios: either requiring lenders to absorb a fixed amount of losses on the outstanding balance of a defaulted loan or a percentage of total loan losses.

Oddly, though, no final report appears to have been issued in the years since. When asked about the consultation’s outcome, the Department of Finance was cryptic: “The government continues to closely monitor the health and stability of the housing market.”

The Trudeau government should resurrect its lender risk sharing proposal. It must also ignore the inevitable howls of protest from Bay Street.

Canada’s mandatory mortgage default insurance program needs an overhaul. When it was set up in 1954, a government backstop was needed to encourage increased mortgage lending. These days, however, it is likely encouraging excessive borrowing.

The International Monetary Fund and the Organization for Economic Co-operation and Development have previously urged reform of Canada’s mortgage insurance program.

Canadians have also called for change. In 2014, for instance, Lawrence Schembri, deputy governor of the Bank of Canada, argued there needs to be an “appropriate balance” of risk exposure among market participants. Additionally, Evan Siddall, the former head of CMHC, has said banks should pay a deductible on insured mortgages to prevent lax lending practices.

In recent days, bank executives themselves have warned the housing market is becoming too frothy. While they are rightly calling on governments to increase housing supply, lenders must also refrain from adding accelerant to an overheating market.

There’s been a substantial increase in highly indebted households taking out new mortgages. It’s no secret that homeowners with insured mortgages are on a relatively weaker financial footing.

Consumers aren’t the only ones who need to change their behaviour. Let’s not forget that banks avoided a near-calamity just last year. Dousing the flames of the housing market means that they, too, must show restraint. 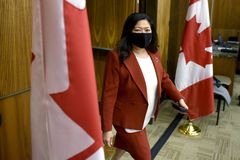 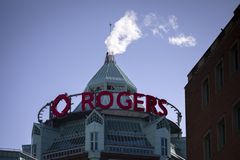 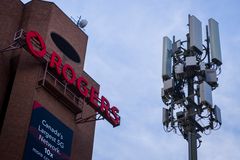