It has taken 13 months, more than 10,000 submissions and six rounds of hearings, but several weeks ago the Australian Royal Commission into Misconduct in the Banking, Superannuation and the Financial Industry released its final report. The commission’s intent was to investigate alleged misconduct in banking and wealth-management services with a view to reinforcing honest and fair dealings between the Australian public and service providers.

The commission uncovered gross misconduct and a blatant disregard for the rules: The list of wrongdoing ranged from charging fees without related services, selling complex products beyond the financial literacy capability of the consumer, insufficient adviser training and professional competency, incentive schemes tied to adviser compensation, pressure-selling tactics and no proper financial controls within the firms.

The report paints a scene suited to the Gordon Gekko character in Wall Street, with the royal commission itself pointing out greed as the prime motivator for such behaviours. “Too often the answer seems to be greed – the pursuit of short-term profit at the expense of the basic standard of honesty. How else is charging continuing advice fees to the dead to be explained?” In addition to greed acting as a motive, the commission recognized that poor internal oversight, regulators asleep at the wheel, and a culture focused on profit, not the welfare of the client, played a significant role.

The conduct of the Canadian wealth-management industry stands in sharp contrast to the Australian experience, with business carried out at a much higher standard of integrity and professionalism. By way of example, in 2017 Canadian securities regulators imposed roughly $70-million in restitution, compensation and disgorgement, while in a comparable period, the Australian Securities and Investment Commission (ASIC) ordered compensation and remediation for investors at four times the Canadian level, totalling $290-million.

Nonetheless, the final recommendations of the commission, after extensive deliberation and testimony, yield important insights for Canadian regulators. Many observers of the Australian situation had anticipated harsh remedial actions, ranging from calls for extensive legislative amendment and new regulations and rules, to mandated structural changes at financial institutions. The commission refrained, recognizing that rules are not always the answer to proper conduct, and instead focusing on the need to simplify and enforce the core rules already in place.

Not five years earlier, reforms had already been made to the Australian wealth-management industry, in the shape of the Future of Financial Advice legislation. Effective July, 2013, the legislation imposed, among other things, a ban on certain conflicted remuneration structures, a duty for advisers to act in the best interests of their clients and place client interests above their own, an opt-in obligation requiring advisers to renew agreements to ongoing fees, an annual fee-disclosure statement and increased powers for the ASIC. If these existing and labyrinthine rules were already in place, and not properly enforced, why double-down on more rules? The royal commission said “too often, financial services entities that broke the law were not properly held to account. Misconduct will be deterred only if entities believe that misconduct will be detected, denounced and justly punished.”

For Canada, detailed rules are already in place in the Investment Industry Regulatory Organization of Canada (IIROC) rule book or in the proposed Canadian Securities Administrators (CSA) client-focused reforms, but careful review and streamlining of these rules is necessary. Equally important is that firms provide adequate adviser training and have the flexibility to shape internal compliance and risk systems to the particular business model of the firm, incubating a positive, client-first culture. Supervisors and senior executives in the firms are ultimately held accountable. The regulator needs to provide effective oversight of these internal policies and procedures and systems, and carry out vigorous enforcement action when circumstances warrant.

A key advantage for Canada is that a significant part of the wealth industry is under the oversight of IIROC and CSA, two self-regulatory organizations that have the judgment and expertise to evaluate the effectiveness of the firms’ internal compliance procedures and systems. The provincial commissions need to consider extending the self-regulatory system in the Canadian wealth sector, in light of the Australian experience.

Rules, in and of themselves are important, but streamlining them into easily comprehensible and applicable rules, enforcing adherence to said rules, internal oversight and culture, are all important factors in creating a competitive and efficient wealth-management industry that fosters savings and investment and leads to economic growth. 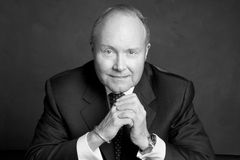 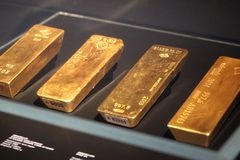