It was tempting to watch this week’s horror show in Texas from afar and dismiss it as something that couldn’t happen in Canada.

The state’s brutal blackouts owed largely to electricity infrastructure not built for winter weather that wouldn’t be particularly unusual here, leading to freeze-ups of everything from generating stations to pipelines to transmission lines. Its grid is also highly deregulated, and oddly isolated in a way that helped prevent emergency power coming from neighbouring jurisdictions.

But the reaction to millions of people stuck without power during extreme weather – in a state practically synonymous with energy richness – shouldn’t be complacency. Instead, it should help spark overdue discussions of whether our own electricity systems are being managed in a way to avoid vulnerability to extreme circumstances – of which there could be many more in the years to come, due to both the effects of climate change and efforts to mitigate it.

Texas seems to have been particularly bad at that sort of management, brushing off the need to make investments in resiliency despite another winter storm back in 2011 that caused more modest blackouts, which should have been a warning sign. But long-term capacity planning has a tendency to be pushed off the radar by more immediate considerations in Canadian provinces as well. Ontario is a prime example: Since an ill-fated investment in renewable energy a decade ago, its governments have played to consumer unrest by fixating on prices, while seemingly deciding that currently adequate generation and distribution systems require minimal new thinking.

One of the reasons that sort of myopia might come back to bite is that severe weather could increasingly test infrastructure’s resilience. Climate-change adaptation – being ready for everything from more flooding to extreme summer heat to more violent winter storms – still tends to suffer for public investment and attention. That’s going to need to change in many ways, ranging from urban planning to agriculture, and strengthening power-grid reliability is among them.

A less obvious component of climate-related policy, though, could pose a bigger threat of winter power outages if inadequately planned: the shift from fossil fuels to electricity for heating houses and other buildings.

That transition, likely to be encouraged through government policies ranging from carbon pricing to retrofit subsidies, is very necessary for climate-change mitigation. Buildings currently account for about 13 per cent of Canada’s carbon footprint. A lot of people are going to need to stop using gas or oil for space heating if the country is to hit its emission-reduction goals.

But electrifying heating poses a unique challenge to energy systems, because of one dynamic in Texas’s troubles that does translate north of the border: surging demand during the coldest days of the year.

Under 40 per cent of homes in Canada currently have electrical heating systems, and more like 10 per cent in provinces such as Ontario, Alberta and Saskatchewan. But those percentages could before too long match or surpass the one in a place like Texas, where more than half of home heating is electric.

Increased electricity usage is much easier for grid operators to manage if it’s predictable. That’s why electric vehicles, despite commonly being mentioned as a coming electricity-demand challenge, could pose less risk of overloading the system. Drivers’ charging habits will be fairly consistent through the year, and with time-of-use policies it should be possible to direct much of that activity to nighttime or other off-peak windows.

But when peaks are dictated by weather, it can mean either building lots of excess capacity that goes unused for perhaps 350 days per year – which gets really expensive – or risking blackouts. That could also become more of a dynamic with air conditioning (which is already electric) in summer, and may see usage go up as the planet warms. But in Canada, heating is still likely to be more of a wild card.

The good news is that there are lots of ways for governments and utilities to start preparing now for that future volatility.

It includes not just upgrading distribution networks within provinces, but building new lines between them, to avoid lesser versions of the Texas isolation problem. That’s something the federal government has started supporting through the Canada Infrastructure Bank, to hopefully enable other parts of the country to benefit more from surplus hydroelectricity in provinces such as Quebec – but it will require more co-operation between provincial governments and utilities than they have embraced to date.

It includes making sure that while buildings are retrofitted to switch to electrical heating, at least as much is invested in better insulation, windows and other ways of reducing energy needs. And, relatedly, encouraging households currently on high-usage electrical baseboard heating to switch to much more efficient electrical heat pumps.

And, yes, it could mean a bit of compromise in completely eliminating fossil-fuel usage.

Hydro-Québec, among the more innovative of Canadian utilities in long-term planning despite that province’s relative comfort from hydroelectricity, has already begun experimenting with a “dual energy” program. Participating homes use electrical heating most of the time, but automatically switch to a secondary source (usually heating oil) at peak times. That’s a potential way for other parts of the country to dramatically lower heating emissions, while accepting a small fraction of the current total to reduce risk of system collapse.

None of these are quick policy paths. They need to be embarked upon years before they’re needed, which is not altogether comforting in places where electricity strategies have involved trying to balance short-term supply needs with keeping costs down.

So it’s perhaps a silver lining to the Texas debacle, that it at least forces a little consideration of how even prosperous places that don’t intuitively seem short on electricity supply can wind up with some very dark winter days if they’re not careful.

Failing to prioritize grid modernization, while pushing toward greater reliance on electricity, is a recipe for scenes that looked foreign this week becoming more familiar in decades to come. 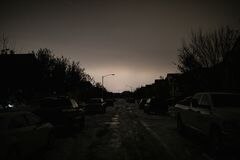 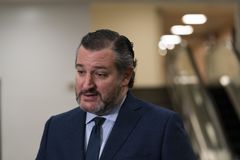