In case you had any doubt, Bank of Canada Governor Stephen Poloz stated it in plain English: The door is open for a rate cut. The bigger question now is, what would make the central bank boss walk through it?

“Obviously, it is open,” Mr. Poloz said in response to a question at a news conference after the release of Wednesday’s rate decision and quarterly outlook update – in which the bank held its key rate steady at 1.75 per cent, but sounded more nervous about the economy.

One could argue – and Mr. Poloz certainly would – that the door was never closed. Ever since last spring, when the bank stopped talking about the eventual need to raise rates further, the implication has been that the next rate move could be in either direction, as the economy warranted. Even when the Bank of Canada went into some detail last October about having considered and then dismissed a rate cut, the decision in no way implied that a cut wouldn’t return to the discussion if circumstances changed.

But this wasn’t Mr. Poloz’s typical “we always keep an open mind and watch the data” deflection of the routine attempt by reporters to try to get the Governor to tip his hand. The economic analysis that the bank laid out in its updated outlook signals that things have, indeed, changed – for the worse. That has taken a door that was slightly ajar and kicked it wide open.

Back in October, the bank was wrestling with the danger that the economy could buckle under the weight of the China-U.S. trade war and other geopolitical issues, which were seriously straining global trade flows and business investment. Since then, there has been what Mr. Poloz terms “a crystallization” of some of those risks, seen in a long string of consistently disappointing economic indicators.

The bank now believes the economy ground pretty much to a standstill in the fourth quarter – it estimated a thin 0.3-per-cent annual growth pace. It sees the slowdown infecting the first quarter, with growth now forecast at a tepid 1.3 per cent annualized.

Critically for the Bank of Canada, this weak growth pace has opened up what it calls the “output gap” – the degree to which the economy is producing less than it is capable of producing. A wider output gap implies less inflationary pressure in the economy as a whole. For a central bank whose mandate is tied to an inflation target, this alone puts a rate cut on the radar.

As recently as a couple of weeks ago, Mr. Poloz was chalking up much of the fourth-quarter weakness to temporary blips – a rail strike, a pipeline shutdown, unseasonably cold weather. But after closer analysis, the bank is now concerned that something more lasting might be going on.

And Mr. Poloz spelled the implication of that, too: “There is emerging some downside risk to the outlook for inflation.”

What’s unclear is how much of the weakness is already in the rearview mirror. There is evidence that the global slowdown may have turned a corner. The threat of the U.S.-China trade war, while not eliminated, has unquestionably receded with the signing of what’s known as the Phase 1 agreement between the two countries. The North American trade pact is nearing ratification. The Bank of Canada’s recent quarterly Business Outlook Survey indicates that companies expect growing capacity pressures – which would imply a narrowing of the output gap in the coming months.

But what has Mr. Poloz most nervous is an apparent deterioration of the consumer sector. He pointed to slowing retail sales, weak car sales and, notably, decaying consumer confidence. Mr. Poloz could see his way past a lot of things in the recent data, but the turn in consumer mood was clearly the sticking point.

“Those things … they’re not just surprises, they’re more profound,” he said. “It’s more behavioral; you can’t blame that on the weather, per se.

A shift in consumer sentiment could be the kind of thing that prolongs the recent slowdown and forces the Bank of Canada’s hand. If the consumer-led sluggishness witnessed in the fourth quarter doesn’t just spill over to the first quarter, but dominates it and drifts into the second quarter, that implies that the output gap that is already making Mr. Poloz nervous will widen further, and the downward pressure on inflation will increase.

That’s a textbook case for a rate cut. Regardless of other factors, the Bank of Canada can only sit by and watch its output gap widen for so long. Bottom line, if you want to know where Mr. Poloz is leaning on a rate cut over the coming weeks and months, listen to what he’s saying about the gap.​ 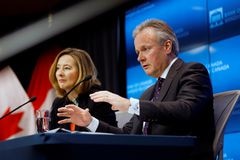 BMO in talks to acquire Clearpool for about $100-million: sources
Subscriber content
January 21, 2020 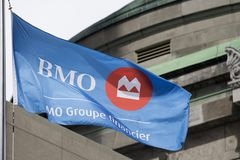